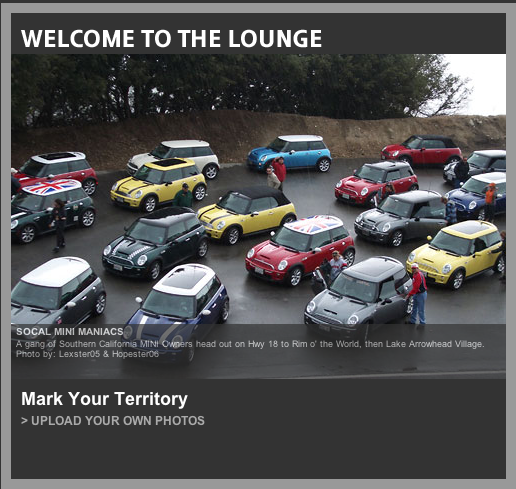 In case you missed the memo, the OL has undergone a HUGE transformation.

Most of you already know that I (along with Gabe) have never been a huge fan of the Owners Lounge. Before the update, the text was too small for me to read, the navigation was less than great and the message boards lacked any kind of organization.

With the update, I think it’s just as bad, but it has some really cool new features that don’t work.

Maybe it’s because I’m on a Mac running Firefox (even though I had the same problem with Safari), but I got the feeling it was still in beta. And, if this is even possible, it’s harder to read now than it was before!

On my Macbook, this is what it looks like. The images were made smaller to duplicate the effect. From the FAQ page.

Did I mention the errors?

I realize my eyesight is worse than most of you, but am I the only one that has a hard time reading this? After spending 15 minutes there, I had the making of a really great headache and serious eye crossing.

Besides that, like I mentioned above, some of the features appear to not work. I say appear because I haven’t been able to check running Windows. Honestly, I don’t think I should have to.

The navigation is still wonky. The controls are counterintuitive and there still isn’t any kind of organization on the message boards.

Nice try MINIUSA, really. I can tell there are improvements over the old version of the software and they look like they have the potential to be cool. It is just that in my opinion, the overall usability is so poor as to not encourage me to get back in there anytime soon.

Make it work for the Mac, increase the font size, kill the bold white text on a black background and work on the navigation a bit and get back to me. I’ll try it again then.