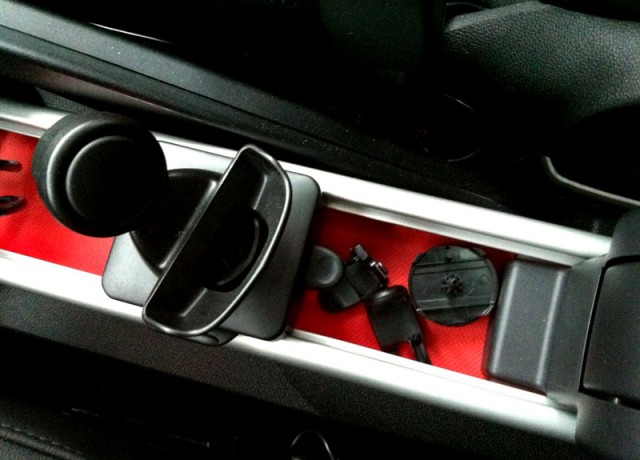 We’re almost 1,800 miles and over a month into our time with the Countryman and we’ve talked about the design, drifting and just living with the R60. But today we’re going inside.

The rail system is one of those great ideas that I find it hard to believe hasn’t been done before in the automotive landscape. What MINI has done with the rail and its accessories is to de-couple the functional needs of an interior from the design and engineers time-frame for a car. What do we mean? MINI designed and engineered the Countryman from around 2006 to 2009. And while designers and MINI’s strategic planners can envision lots of things, they can’t predict the future. The rail gives them freedom to not have to.

Similar to what Apple has done with apps on iOS, MINI has given us the system. Now it’s up to MINI’s own after-sales and the aftermarket to take up the challenge. Why? Because as you can see in the photo above, MINI hasn’t quite gotten everything right with the rail’s included accessories.

As you can see above the phone mount is a time-bomb that will go off and result in plastic shrapnel. It did to me. So then I switched one of the rear cupholders up to the front to use a do everything bin of sorts. But even that hasn’t worked as the cup-holders are too wide for the front portion of the rail if you ever plan on using the hand-brake. Yet (somewhat ironically) they’re too small inside to hold many American sized bottles of water (I haven’t no idea how they’d handle things like a Big Gulp but I’d guess not well). 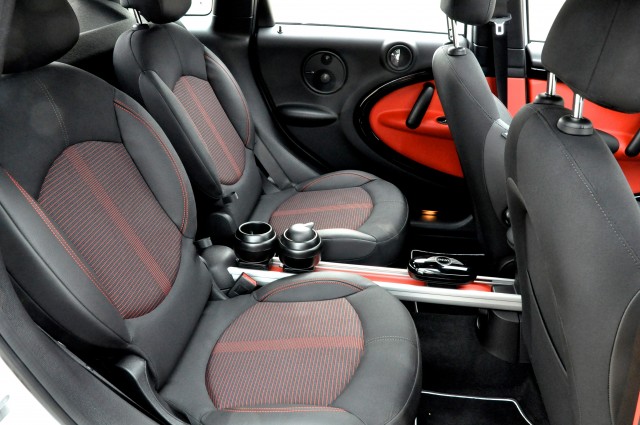 MINI got the idea right with the rail. It’s brilliant and is one of my favorite aspects of the Countryman. Now it’s time to get the experts involved. I want to see MINI after-sales and the robust MINI aftermarket to do what they do best – find a way to make what MINI created even better.

Note: comments are off due to server issues with Disqus