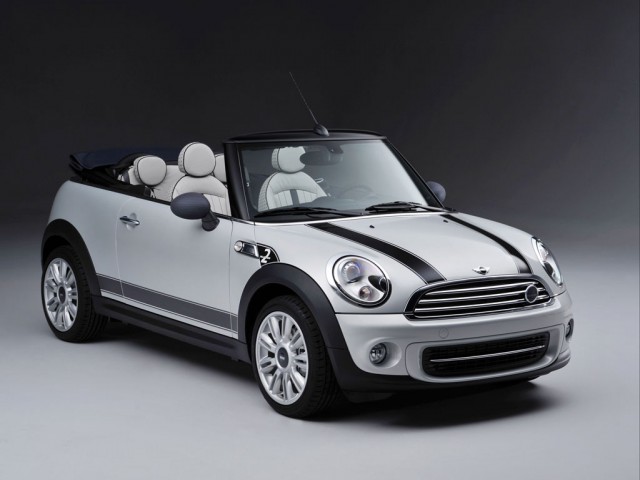 MINI is a British icon, so it’s no surprise that UK Prime Minister David Cameron would be there when the two millionth MINI rolled off the assembly line. The white special edition MINI Convertible was driven off the line by the British head of state himself. Mr. Cameron also got a tour of Plant Oxford showing off facilities still under construction that will accommodate the next generation MINI. Full details and photos gallery of the one-off two–millionth MINI after the break.

[Official Release] Today, 10 years after the start of production, the two millionth MINI was driven off the production line at Plant Oxford by Prime Minister David Cameron. Of the two million, more than 1.5 million MINIs have been exported to customers in more than 90 countries around the world from Australia to Venezuela.

Frank-Peter Arndt, BMW AG board member responsible for production, was present to celebrate this latest major milestone for Plant Oxford and the continuing success of the MINI brand. He said: “Production of the two millionth MINI comes on the back of strong demand worldwide. Our recent announcement of an additional £500 million investment in our UK MINI production facilities demonstrates the important role that Oxford plays in our global production network. The most essential factors in the success of MINI are the skills, passion and dedication of our associates.”

During the visit, Mr Arndt updated the Prime Minister on preparations at the plant to produce the next generation MINI including new production facilities currently under construction. This latest investment decision helps to ensure the long term future of the Oxford plant and jobs at its pressings plant in Swindon and its engine plant at Hams Hall near Birmingham. It also takes the company’s total investment across all its UK operations to more than £1.5 billion since 2000. 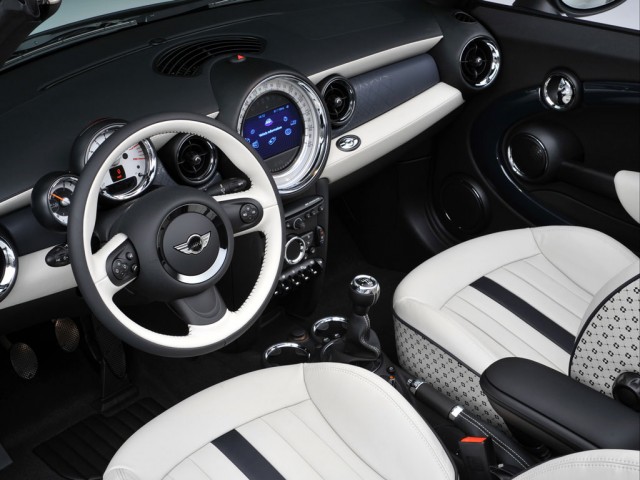 Prime Minister David Cameron said: “It’s a real privilege to drive this true British icon off the production line today. The 2 millionth MINI to be made here in Oxford is a fantastic symbol of the UK’s strength in the global automotive industry and a great British manufacturing success story.

“BMW’s continued investment in its UK operations, together with its export success – selling to over 90 countries worldwide – is contributing to a real renaissance for the UK car industry and a brilliant example of the sustainable, balanced growth we are determined to achieve. MINI is not just a symbol of our industrial past, but also the great industrial future we want to build.” ?

The two millionth MINI is a MINI Convertible specially painted in White Silver metallic with a blue denim roof. The specification boasts a selection of bespoke interior and exterior options including special alloy wheels, a distinctive leather steering wheel and lounge leather upholstery. This historic car is the prize on offer in a global Facebook campaign called ‘Two Million MINIs – Two Million Faces’ which involves photographs of the faces of two million MINI fans being collected and built to create a dedicated Facebook ‘wall’. The winner will be chosen at random after the campaign closes on 30 September.

Dr Juergen Hedrich, managing director for MINI Plant Oxford, said: “It’s a really great milestone for Plant Oxford and everyone who works here. Oxford has been the heart of MINI production for the last 10 years and all our associates are proud and excited to be contributing to the continuing success of this iconic brand.” 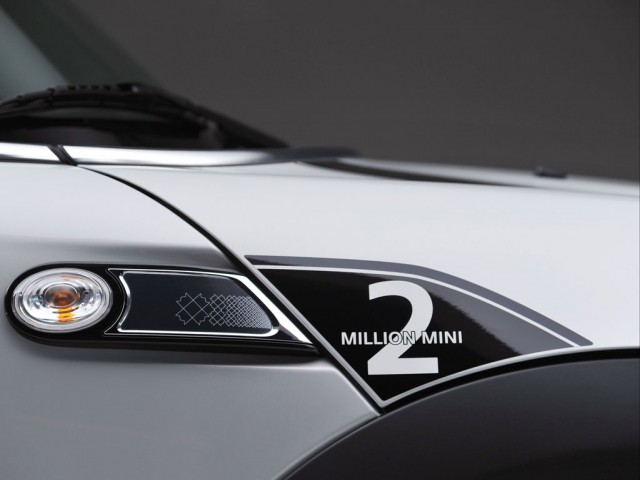 Producing 216,302 vehicles in 2010, MINI was the third-largest vehicle manufacturer in the UK, accounting for 17 per cent of national automotive production. The plant currently produces four MINI models – Hatchback, Convertible, Clubman and the new MINI Coupé. A fifth model, the Roadster, will join the line-up at the end of this year.

Since MINI went into production in 2001, developments at Plant Oxford have reflected MINI’s growing success. In 2001 some 2,400 associates worked in single shift operations to build up to 300 cars a day. Today around 3,700 associates work five days a week on two shifts to produce as many as 900 MINIs per day. During the same period maximum production capacity at the plant has risen from 100,000 to over 200,000 units per year. In the medium term the plant has an annual capacity of 260,000 units.