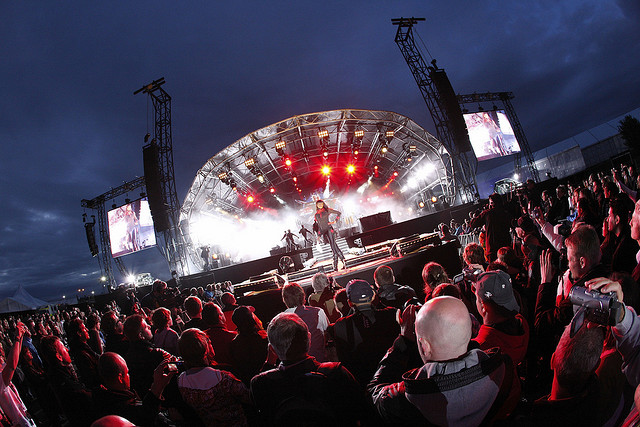 Every year, both MINI corporate and MINI enthusiasts put on a myriad of events both here in The States and around the world. From AMVIV, to The Dragon, to MINIs On Top, to the myriad of other grass roots regional events held around the country each year, chances are there’s something fantastic that will fit either your schedule or your region. Then there are the biannual official events like MINI United and MINI Takes The States that are put on by MINI itself. Both are well worth going out of your way to attend. Next year, 2012, is going to be a near perfect storm of MINI events. We don’t have specific dates or scope for some these events just yet, but here’s what we do know. MINI USA specifically will have its hands full in 2012 being involved in these events:

The Tenth Anniversary of MINI

Look for MINI USA and MINI worldwide to celebrate the new MINI in some pretty special ways next year. From special events, to special unveilings of new models (we’re anticipating the next generation MINI, the F56 to be unveiled at some point next year).

There are nearly too many fan-driven MINI events to name here, but look for MINI USA to make a significant showing at both MINIs on the Dragon (MOTD) and MINIs on Top (MOT) next year. The Dragon is celebrating its tenth year, right along with MINI itself.

It’s been two years since MINI last put on its signature epic American road trip. While we don’t have dates or destinations yet, we do know that this year’s route will be more akin to the first MTTS. That is, expect one big cross-country route rather than multiple routes with a common rally point.

Originally scheduled and then cancelled for summer 2011, MINI United was postponed until 2012. Despite speculation that MINI United might combine with MINI’s involvement in the London Olympics, our information still has MINI’s world party happening in the south of France as originally planned. MINI United is also where we’re placing our bets for the world’s first look at the next generation MINI Hatch, the F56. As in previous years, MINI USA will be taking special care of any Stateside MINI fans who make the journey.

It’s going to be an epic and busy year, but MotoringFile and/or WhiteRoofRadio will be there in one form or another to bring you the latest and greatest. But don’t just rely on our coverage, spend that saved up vacation. Splurge on that big trip you’ve been dying to take. If you’ve never been to a big MINI event, this is the year to start. There’s so many to choose from, you can’t go wrong in 2012.

MINI of Manhattan at the Lime Rock Historics