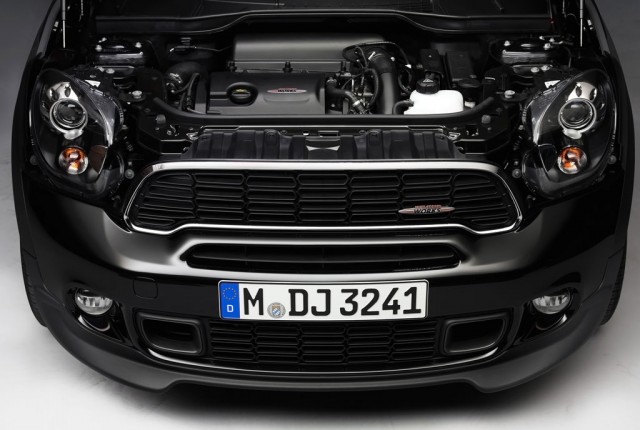 Let’s start with the numbers. The highly anticipated JCW power plant has 211 hp (218 in European numbers). That’s up only three from the previous version of the engine without valvetronic. So why only a 3 hp increase? The Cooper S version of the engine saw decidedly more power gain when it went from 172 to 181 hp. As you’ll see MINI didn’t move the needle on the power output as much as they did torque and general drivability of the engine while keeping efficiency in check. But before we get to far down that road let’s look at what has changed.

Valvetronic and its throttle-free load control development significantly improves both the engine’s responsiveness and its efficiency. Reinforced pistons and intake valves, and further optimization of the cooling, air supply and exhaust gas discharge system, enable further increases in output and torque. Added to which, the 1.6-liter engine’s turbocharger is given an even large intercooler. 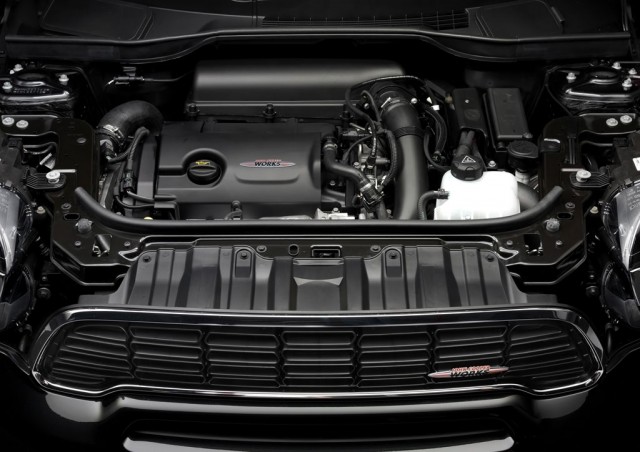 Another major change to the engine is it’s ability to be paired up with the Aisin sourced six speed automatic transmission. The transmission, never a favorite here at MF has reportedly been updated with newer software that is meant to work in conjunction with the revised JCW powerplant.

Both transmissions are unique to the JCW Countryman with All4. The design changes to the existing Aisin and Getrag transmissions center on the adaptation for a center differential, and higher torque capacity at the final drive’s ring gear.

However the big question is, will the auto maintain the spirit of the fantastic 1.6L JCW engine? Knowing the Aisin auto we’d be shocked if some of it wasn’t lost (not to mention the engagement with the car overall). But the reality is that this will increase the market for JCWs and could help give the brand a major sales lift. 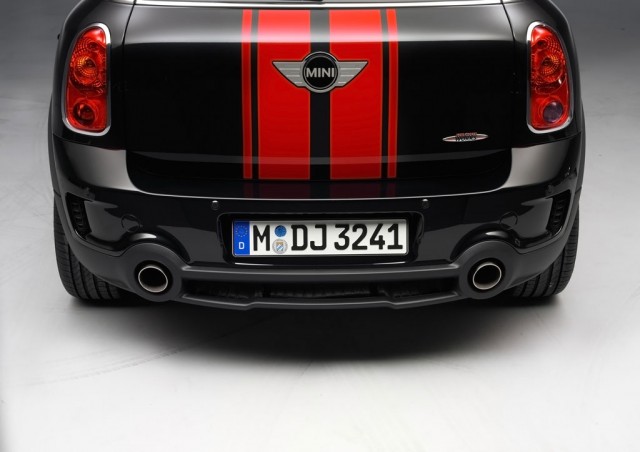 Is the Upgrade Worth Waiting for?

At first glancing at the power figures we would have said not really. But when you look at the upgrade in torque things get much more interesting. Couple that with what should be better throttle response and a better breathing powerplant and you have a very compelling upgrade. And perhaps the best part of it all? Fuel efficiency remains unchanged and is identical to that of the Cooper S.

Look for the rest of the entire JCW line-up to get the new power plant (and auto option) for the 2013 model year in September.