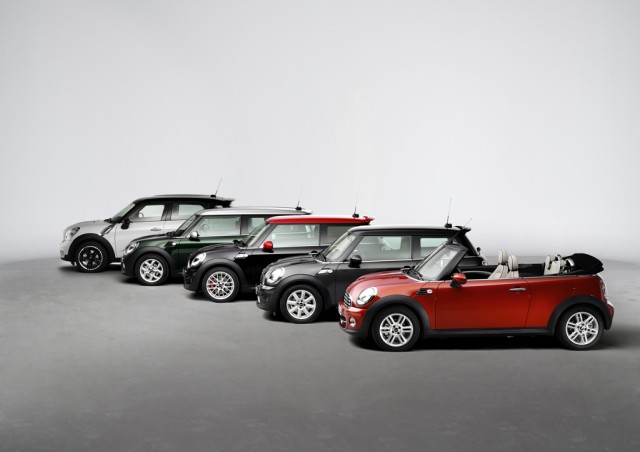 Official Release: The BMW Group is confident about the current financial year after a record year in 2011. “We are targeting new highs in sales volume and pre-tax earnings for 2012”, stated Norbert Reithofer, Chairman of the Board of Management of BMW AG at the Annual Accounts Press Conference in Munich on Tuesday. The Automotive segment remains on course to achieve an EBIT margin of between eight and ten percent, in line with our long-term profitability targets. Provided that the global economic climate does not take a turn for the worse, the BMW Group forecasts an EBIT margin in 2012 for the Automotive segment at the upper end of this corridor.

“We are starting the new year with a full order book and a highly attractive model range. The BMW Group plans to grow faster than the market as a whole in 2012 and expects to achieve new sales volume records for its BMW, MINI and Rolls-Royce brands” continued Reithofer. One important driver for growth will be the new BMW 3 Series, the sedan version of which has been available worldwide since 11 February 2012.

Other new and revised models will also be launched in 2012, including the BMW 6 Series Gran Coupé in June – the first four-door coupé in the company’s history – and the model revision of the group’s flagship, the BMW 7 Series, in July.

The Motorcycles segment will also expand its product range in 2012, with new vehicles such as the BMW Scooter and Husqvarna street motorcycles providing good momentum for sales volume, revenues and earnings. The strong performance of the Financial Services segment is also expected to continue. The BMW Group forecasts that it will again be able to achieve a return on equity in 2012 of at least 18%.

These forecasts are based on the assumption that worldwide economic conditions remain stable.

Strategy Number ONE, adopted back in 2007, set the BMW Group on track at an early stage for a successful future. The benefits of this strategy are now clearly visible. “The past year has been the most successful year in BMW Group’s corporate history, with new highs achieved for sales volume, revenues and earnings”, explained Reithofer.

Profitable growth will be achieved by launching new products in all vehicle segments and by engaging in new markets. “We are targeting a worldwide sales volume of more than two million vehicles in 2016 and hence significantly earlier than originally planned for 2020”, stated Reithofer.

The company remains committed to its long-term profitability targets and aims to achieve a sustainable EBIT margin of between eight and ten percent in the Automotive segment. Depending on political and economic developments, however, actual margins may end up being above or below the targeted range.

Expenditure for new technologies and to expand the production network will rise in the coming years. Even so, the capital expenditure ratio will remain below 7% in future (2011 : 5.4%).

In view of this strong performance, the BMW Group intends to allow its shareholders to participate appropriately in the success of the BMW Group. The Board of Management and the Supervisory Board will propose to shareholders at the Annual General Meeting on 16 May 2012 that the dividend be increased to a new high level of € 2.30 (2010: € 1.30) per share of common stock and € 2.32 (2010: € 1.32) per share of preferred stock, equivalent to a payout ratio of 30.7%.

Automotive segment EBIT margin up to 11.8%

The good earnings performance in 2011 helped generate strong free cash flow within the Automotive segment. At the same time, the market launch of high-volume model series such as the BMW 1 Series and 3 Series impacted working capital, thus reducing free cash flow. Other factors included the share of the purchase price for the ING Car Lease Group acquisition related to the Automotive segment, the purchase of shares in SGL Carbon and the equity increase at the BMW Bank GmbH.

The proportion of new BMW Group vehicles financed or leased by the Financial Services segment was 41.1%, down by 7.1 percentage points compared to the previous year. The decrease is primarily due to the fact that the Chinese market is included in these figures for the first time: the proportion of financed or leased vehicles in China is significantly lower than the average for other car markets.

Sharp rise in workforce in 2011

The number of employees increased significantly during the past year. At the end of 2011, the worldwide workforce comprised 100,306 employees, an increase of 5.1% (31 December 2010: 95,453 employees). One of the reasons for the increase was the acquisition of the ING Car Lease Group. In addition, skilled workers were recruited to keep abreast of the high demand for BMW Group vehicles and to press ahead with the development of new technologies.

Moreover, more apprentices have been taken on to ensure that the BMW Group’s requirements for skilled staff at locations both in Germany and abroad can be met. The number of apprentices increased by 2.7% over the course of the year to 3,899 as of 31 December 2011.

Next Generation Cooper S at the 'Ring