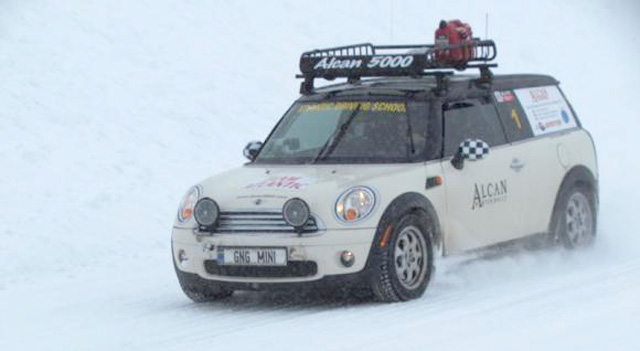 MINI’s pedigree in racing is rooted in its underdog status. It’s the unlikely little car taking on racers with twice, even three times the horsepower. Recently driver Gary Webb and co-driver Marc Goldfarb drove a MINI Clubman to not just take the 2WD class, but to take overall victory away from the venerable Subaru in the 2012 Alcan Winter Rally. Satch Carlson, of the BMW Sports Car Club of America tells the story:

In addition, the Alcan Winter Rally includes ice-racing competition, where all-wheel-drive cars usually have a distinct advantage. However, in Valdez, Alaska, the ice-racing section finally ended a dramatic Mini-versus-Subaru showdown: With terminal engine failure, the Subie fell out of the rally, and Webb and Goldfarb drove the tough little Clubman to their well-earned victory—the first-ever overall win for a two-wheel-drive car in the daunting Alcan Winter Rally.

A huge congrats to Webb and Goldfarb for turning in a great performance and doing we MINI fans proud.

MINI Prepares for the 2015 Dakar Rally