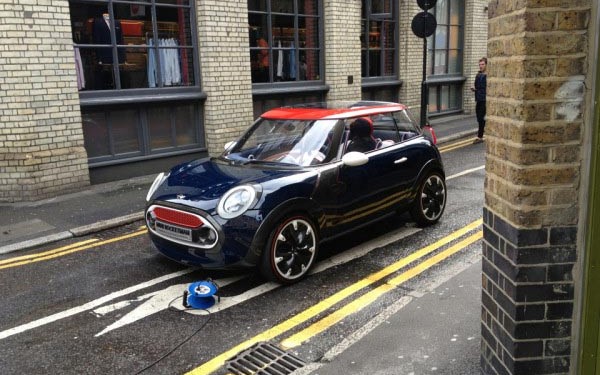 Thanks to Twitter we know that MINI has been recently busy photographing what looks to be a slightly updated Rocketman concept on Carnaby St in London today. Shod in JCW red roof livery and dark blue, the car looks better than ever. Does this mean the rumors of the concept dying have been exaggerated? We can only hope so.

Update: It would appear MINI is creating a short film featuring the Rocketman.

(Hat tip to Rakey and photo credit goes to Conallmahon)

Revisiting the Rocketman – A Design Analysis