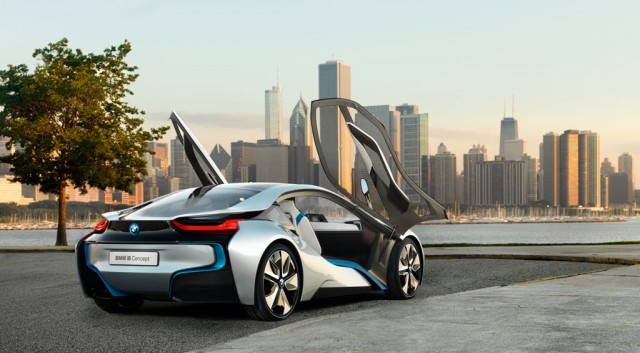 Today at the SMMT 2012 International Automotive Summit at Canary Wharf, London, Ian Robertson, Member of the Board of Management of BMW AG, Sales and Marketing BMW, announced that the new generation of high-tech, 3-cylinder petrol engines for the future BMW i8 plug-in hybrid sports car will be produced exclusively at the BMW engine plant at Hams Hall, near Birmingham. But perhaps more importantly this almost surely signals that the the mass production of most (if not all) 1.5L 3 cylinders will likely happen at the same plant. Since the i8’s engine will basically be a modified version of the ordinary 3 cylinder destined for front wheel drive BMWs and the 3rd generation MINI, it would seem Hams Hall will continue to be the epicenter for BMW’s small engine production. And tradition will be carrying on as it’s currently the site of all production for the 1.6L four cylinder “Prince” engines in MINIs and BMWs.

Ian Robertson said: “Our Hams Hall engine plant, which last week celebrated production of the three-millionth engine since the plant was opened in February 2001, will make an important contribution to the future success of the new BMW i brand and the company’s strategy for achieving sustainable mobility. The new 3-cylinder petrol engines will enable our future BMW i8 plug-in hybrid sports car to set new standards for dynamic performance in combination with industry-leading fuel-efficiency and low carbon emission levels.”

Business Secretary Vince Cable said: “BMW’s decision to produce engines for their i8 plug-in hybrid sports car at Hams Hall is more good news for the UK automotive sector and underlines its growing competitive strength. It is yet another indication that international companies see the UK as one of the best places to develop and manufacture low emission vehicle technologies.”

The BMW i8 will boast an innovative eDrive plug-in hybrid concept combining an electric drive system with a high performance three cylinder TwinPower Turbo engine producing 349hp/300Nm. Acceleration of 0-62mph in under five seconds combined with the fuel consumption in the European cycle of under approximately 78mpg gives sports car performance with small car fuel consumption. Thanks to its plug-in hybrid drive, most daily journeys can be taken in zero-emission all-electric mode with an electric range of approximately 20 miles. The 2+2 seater provides enough space for four people giving a high level of everyday practicality.

The non-i8 version of the engine will range from under 100 hp to close to 200 hp depending on the application and number of turbos.

During his keynote address at the SMMT Summit to leaders from across the automotive industry, Ian Robertson said that the BMW Group, as a major UK investor, employer, manufacturer and exporter, welcomed continuing joint government-industry initiatives to re-balance the UK economy, strengthen the manufacturing sector and improve the standards of training and skills that underpin the success of the industry. He also emphasised the importance of new, emerging markets around the world for creating export-led economic growth and employment.

During his presentation, Robertson also welcomed the UK Government’s activities to help stimulate the early market for ultra-low carbon emission vehicles and emphasised the need for continued support in developing the market for electric vehicles which will play an important role in further reducing CO2 emissions and achieving increasingly ambitious carbon reduction targets in the years ahead.

Despite the current economic difficulties in many countries in Europe, including the UK, Robertson declared his confidence and optimism in the positive development of the automotive sector and its ability to play an increasingly important role as a key sector of the UK economy.

Over three million engines have been produced to date at the Hams Hall engine plant for a wide range of BMW and MINI vehicles. This milestone follows record production in 2011 and confirmation that facilities are to be upgraded to enable production of the new generation of engines. The UK-built engines are supplied in sequence to production plants in Germany, Austria and Oxford and currently power the BMW X1, BMW 1 Series, the new BMW 3 Series as well as all MINI petrol engines.