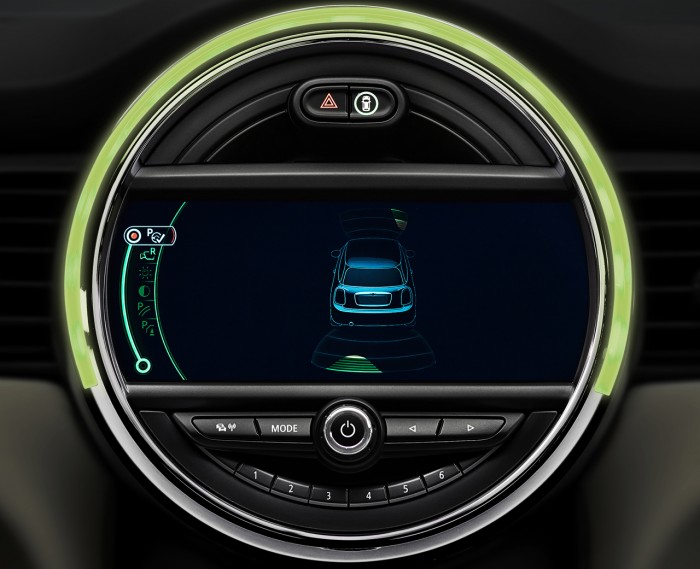 Last week we gave you a sneak peek at MINI’s new driver assistance technology that will be found in the F56. Today we want to focus on one piece of technology that was displayed in photos but not talked about in that official release.

MINI has moved the speedometer from its previous, controversial position at the center of the dash and placed behind the steering wheel as expected. However, in its place, MINI designers have kept that center location as key focal point of the interior by replaced the speedo with something much easier to live with. While the “Light Ring” is nothing more than a handful of LEDs, MINI hopes it can successfully become one of those character details for which the MINI is so well known? A fine goal, but can a screen and a strip of lighting successfully replace that iconic MINI speedometer? 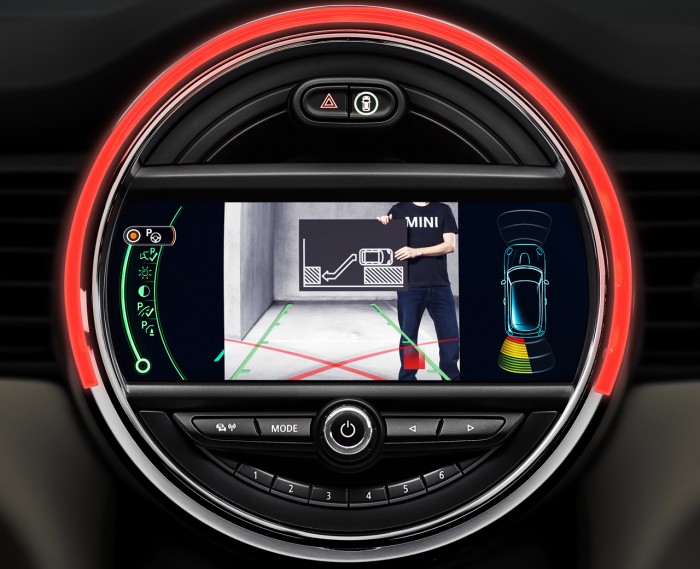 A few weeks ago MINI invited us to preview the F56 in person inside and out. We talked with the MINI design team and spent some quality time with the new car. What we came away with was an opinion that while the new MINI is an evolution on the outside, it’s a revolution on the inside. There are many parts that make up that interior revolution, but the Light Ring surprised us most of all — not just with its aesthetics, but with its usefulness.

The ideas is simple: reinterpret the center speedo as something that is now a center of information that is relevant to more than just one function. The idea is to use that prime location to give the driver more feedback than just current speed. In that vein, MINI has tied the Light Ring and its reactions to everything from starting the car to the drivetrain being switched to sport mode. The light also gives the driver real-time visual feedback in conjunction with parking distance control, collision and pedestrian warning systems. In essence, when the car needs your attention, the Light Ring will be one of the ways it gives you feedback. 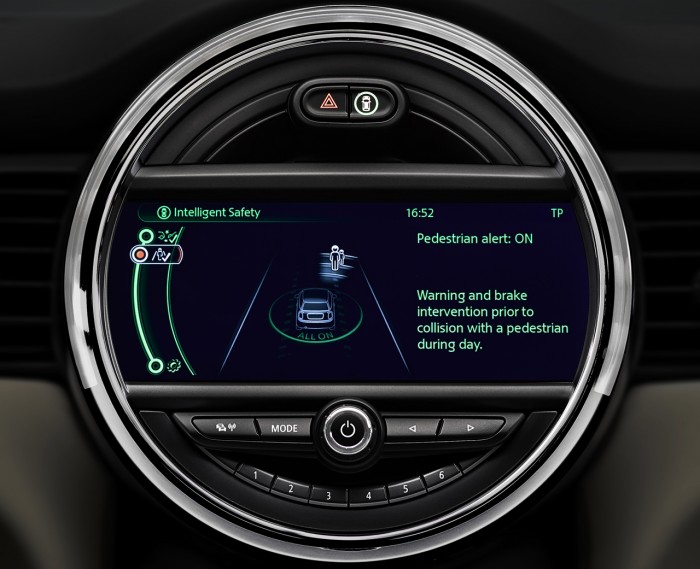 The big question some of you may have is, can it be turned off? For the purists out there we’re happy to report that it can. In fact, you can switch off individual Light Ring reactions or the entire function altogether.

Look for more information on the Light Ring and other new MINI technologies in the lead up to the car’s November 18 debut. In the mean time, check out the MotoringFile F56 section for the world’s most complete look at the next generation MINI.

Why the US F56 MINI Weighs More than the Euro F56

Video: Win a Trip to the New MINI World Premier