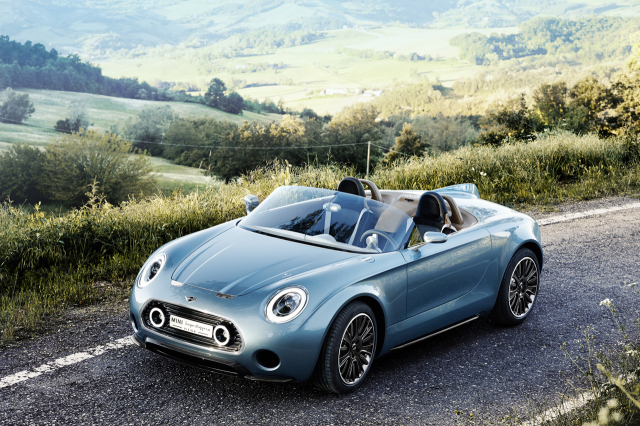 The stunning Superleggera Vision concept which was originally unveiled at the Concorso d’Eleganza at Villa d’Este made its UK debut last week at Salon Privé, its second public appearance. According to Reuters, BMW board member Peter Schwarzenbauer stated the decision on whether to green light production of the Superleggera was still at least six months away and that there would need to be many questions answered in the meantime. However as we previously reported, there is a strong internal desire at MINI to bring the Superleggera to production.

Even more interesting than discussing production detail minutia for one specific model was a comment regarding the future of the overall model lineup. Keep in mind that the current MINI model lineup includes the three door hardtop, five door hardtop, Convertible, Coupe, Roadster, Paceman and Countryman. Although production only very recently ceased on the R55 Clubman, the F54 Clubman is estimated to start production in July 2015. But what about the Coupe, Roadster, Pacemen or other concepts as the Rocketman? According to Schwarzenbauer, the board is currently debating whether to shrink the product line to five “superhero” models or expand the line to ten models. What future models would you like to see MINI engineer and produce?

Read the full article at Reuters

The Future of the Paceman & Clubman