By next summer three of MINI’s then eight models will have four doors. And if the Countryman’s success is anything to go by, its this segment that will be critical to the brand’s success in the years ahead. And there in lies the problem. The brand was built on unconventional. A finger in the air aimed at authority, the brand has been built on thinking differently and making less do more. And yet MINI is becoming quite established with utility vehicles, all wheel drive and an increasing size across every product. We applaud the success of the brand and understand the importance of financial viability, but there is something missing in all of this. You know it, we know it and by some accounts MINI knows it as well. It’s called the Rocketman. And we at MotoringFile want it built.

The Rocketman is by far and away the most successful concept vehicle MINI has ever made according to MF readers and general automotive reactions. Why? Because it embodies the core values of a brand that everyones wants to love. Yes it’s attractive and full of great ideas. But it’s also what everyone wants MINI to be. Even those who have no intention of buying one or buying a MINI loved it and wanted to see it built.

MINI heard the reaction and has been working on one feasibility study after another trying to make the model a viable and profitable. Earlier this year our sources had told us that the car was undergoing feasibility studies with an eye to bring it to market on the back of a Toyota platform. Ever since MINI Design head Gert Hildebrand and Exterior Design head Marcus Syring dreamt up the idea of a small MINI while waiting for a delayed flight at a New York airport, there’s been a powerful movement within the company to get it built. While the initial design study was seen as a major success, it died on the vine due to BMW not wanting to invest in a city car version of the forthcoming UKL platform. More specifically BMW didn’t believe the sales volume would ever make up the initial investment unless they sold the car for the same price as the F56 – which to many would be unacceptable. 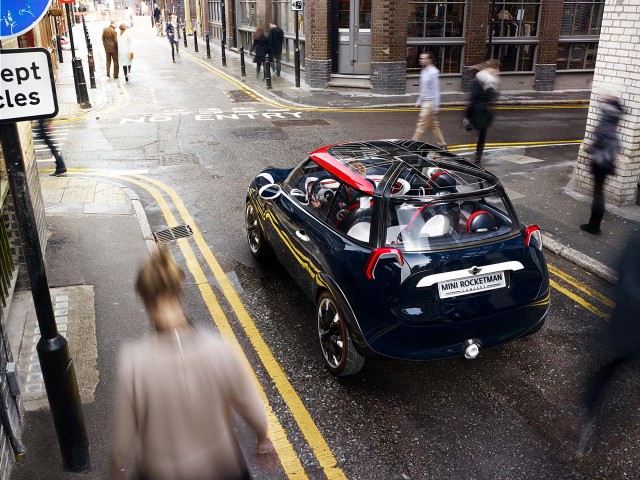 Current MINI design chief also seems onboard telling Auto Express “a MINI should always be a small car, so [a new city car] would be appropriate for the brand,” “At the moment, we don’t have the right tech solutions, but we are working on it. We don’t yet have a final solution, you could say.”

Why is a small city car so important for the brand? We believe that MINI needs halos – cars that people pine for. On one end there’s the JCW – specifically in hatch, coupe and roadster formats. Then there’s the JCW GP which should always be rare and rather mythical. But on the other end MINI needs halo that is the most pure form of the brand. In all of MINI’s official releases they refer to this as the F56. But as good as that car is, it’s too far removed from the original purpose of the classic Mini. And given the increasing need for urban transportation and fuel efficiency the time is right for MINI to create a new halo and re-energize the brand around the ideals that it was born with. If the brand truly wants to grow, it needs to turn its attention quickly to getting smaller. 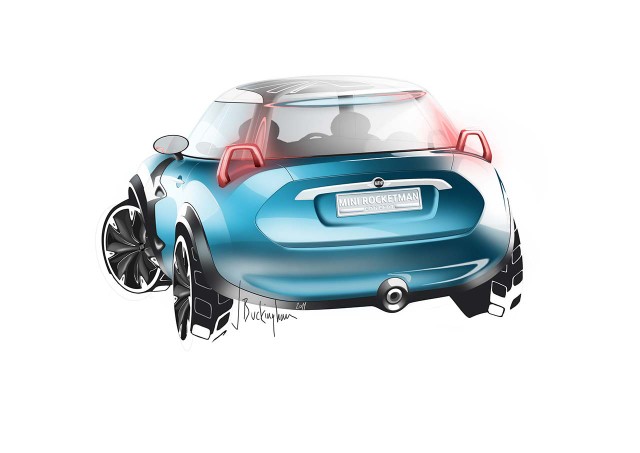 What do we know about the Rocketman? Sources in the know have informed us that the MINI city car is being conceived as both a three and five door hatch and will likely be based on partnering with another automaker. Who that automaker is we don’t know but once again it would make sense for Toyota to be involved. BMW and Toyota have recently become technical partners in several ventures around hybrid and hydrogen technology not to mention that they are designed at least two sports car together for a release later this decade.

Given that type of collaboration, it wouldn’t be out of bounds for BMW to have direct input into the next generation Toyota Aygo (16″ shorter than the current F56) or even the iQ (which is a full 33″ shorter). That direct input would be directed towards making sure resulting MINI feel as gokart like as possible and accommodate either a 1.5L three cylinder MINI engine or something even smaller co-developed with Toyota.