It’s a big day for MINI has it takes the wraps off of the highly anticipated JCW Clubman. While some may be disappointed that the heavier All4 powered JCW Clubman comes with the same power figure (228 hp) as the F56 hatch, MINI has an ace up its sleeve. The new Clubman version of the JCW power-plant is tuned up to an impressive 258 lb-ft of torque. Couple that with the grip of All4 and 0-60 happens in six seconds for both the auto and manual transmissions. 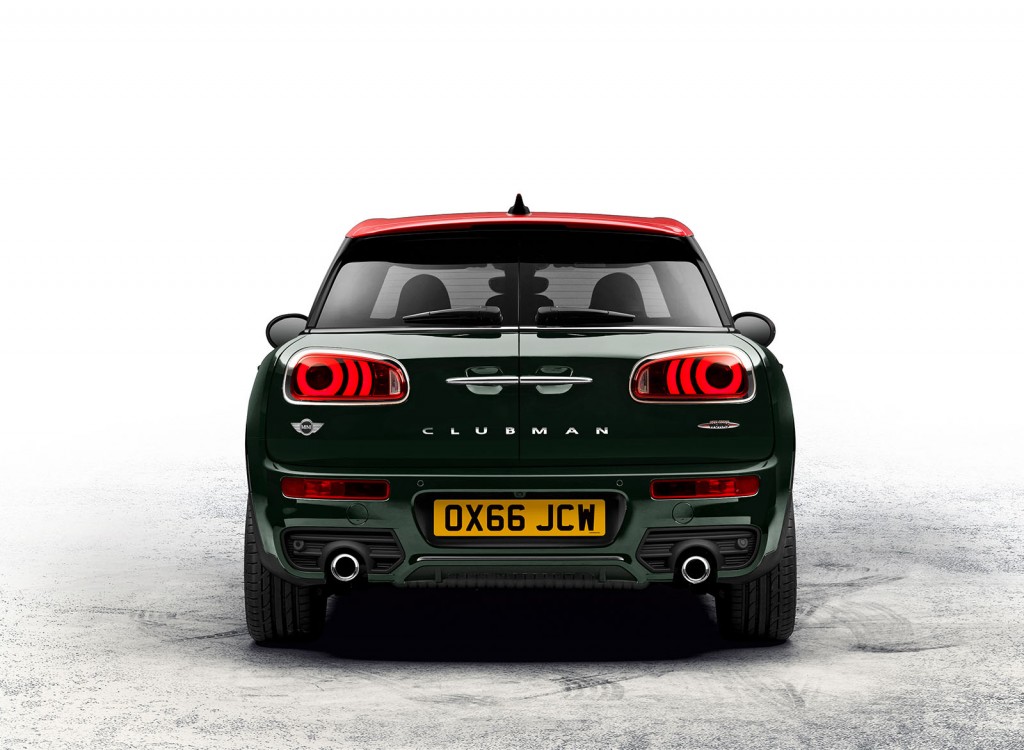 Inside it’s much like the F56 hatch with JCW specific materials and trim. Outside it’s again more of what you’d expect with the F56 JCW look clearly being iterated on. 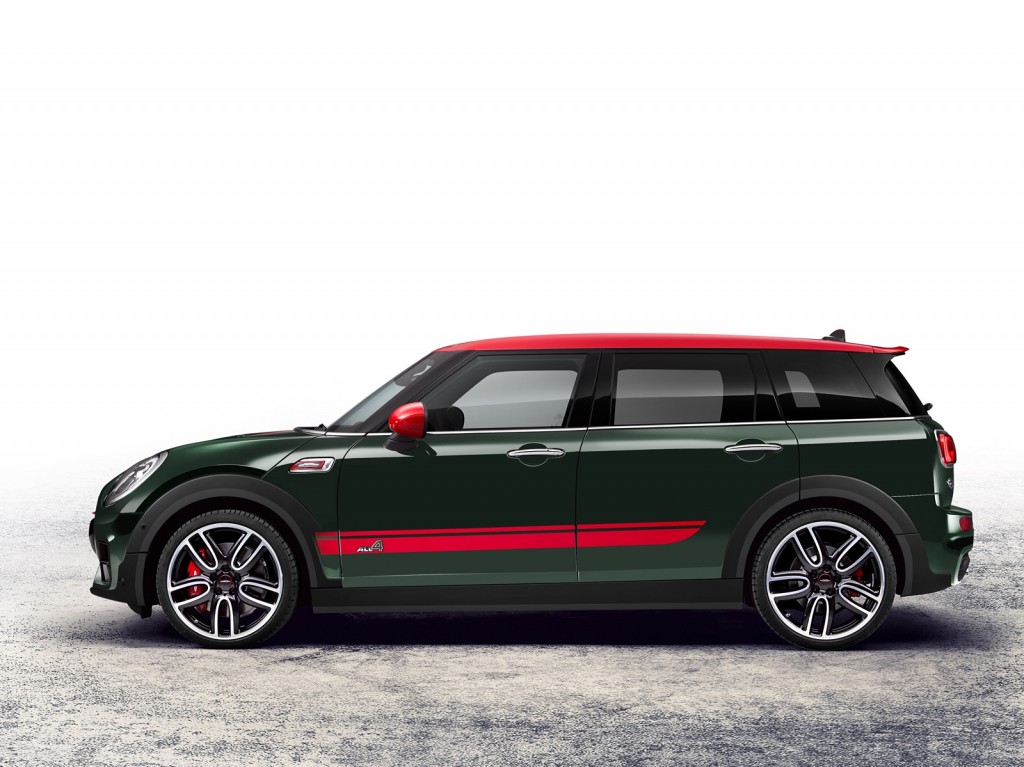 “Performance and versatility are part of our DNA and our heritage so naturally there has always been a plan in place to bring the John Cooper Works variant to the MINI Clubman model,” said Thomas Felbermair, Vice President MINI Region Americas. “The addition of the John Cooper Works design and performance enhancements and the new ALL4 all-wheel drive system to the already versatile MINI Clubman model we have once again raised the bar in the premium compact segment.”

The new MINI John Cooper Works Clubman can accelerate from 0 – 60 mph in six seconds with both the standard 6-speed manual transmission and the optional 8-speed Steptronic sports transmission, while the ALL4 all-wheel drive system can distribute the appropriate power as needed between the front and rear wheels in every situation on the road. A Launch Control function also enables traction-optimized acceleration with maximum dynamic performance from a stopped position. 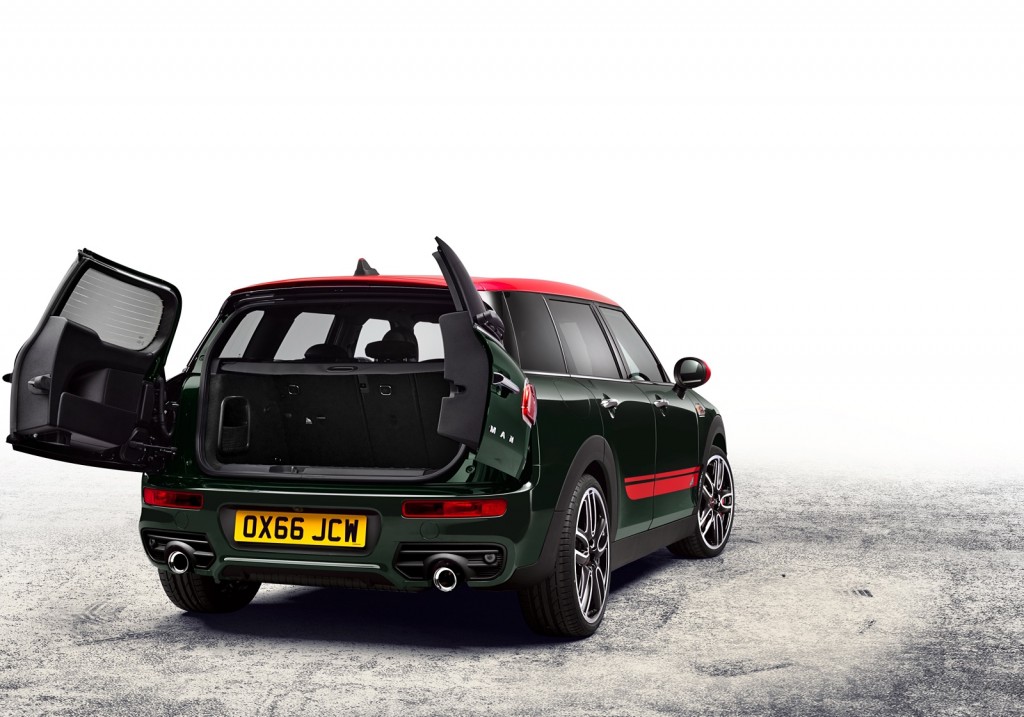 Speed is not the only defining performance factor. The powerful Brembo sport brake system, which includes 4-piston fixed caliper brakes up front, guarantees consistently high deceleration performance even when exposed to intensive stress on the road and on the race track.
Whether equipped with the standard sports suspension or the optional Dynamic Damper Control, the new MINI John Cooper Works Clubman sits 0.4 inch lower to the ground, giving the vehicle a lower center of gravity and creating a sportier stance and enhanced aerodynamic and handling performance. 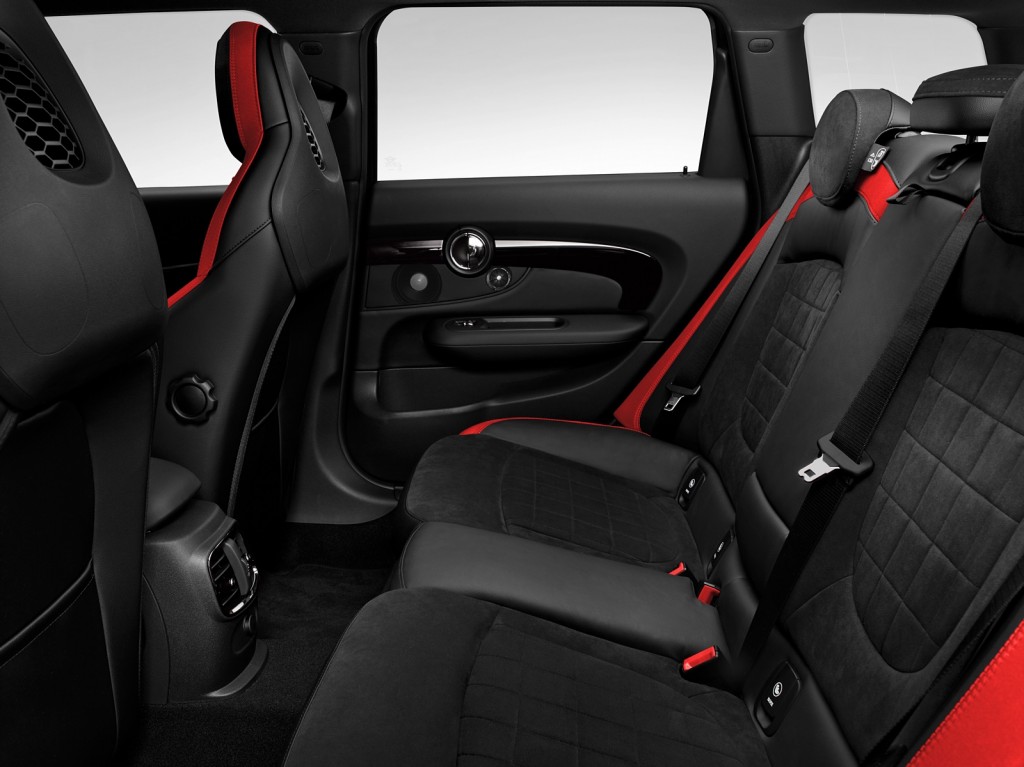 MINI’s long history of rally-car racing has always been reflected in the brand’s John Cooper Works performance series, and the new MINI John Cooper Works Clubman further extends that tradition. The latest addition to the Clubman product line offers the most powerful engine ever installed in the brand’s production models, along with the new ALL4 all-wheel drive systrem delivering optimal performance and versatility to the premium compact car segment.

The new MINI John Cooper Works Clubman comes equipped with a number of exclusive features not offered for other Clubman models, in addition to what is listed above, including:

The new MINI John Cooper Works Clubman will go on sale in December 2016 at MINI dealers across the U.S. Pricing for the U.S. market will be announced at a later date closer to start of retail.

The BMW Group Classic at the Goodwood Revival 2011

Worldwide MINI Sales Surge Behind the Success of the Countryman