Official Release: Jakub Przygonski (POL) and Tom Colsoul (BEL) of Orlen Team celebrated two superb results at the end of the 24th edition of the Italian Baja 2017. Not only did the popular duo take the overall win but also celebrated the fact this result was the first win for Przygonski driving a MINI racing machine – and surely not the last. 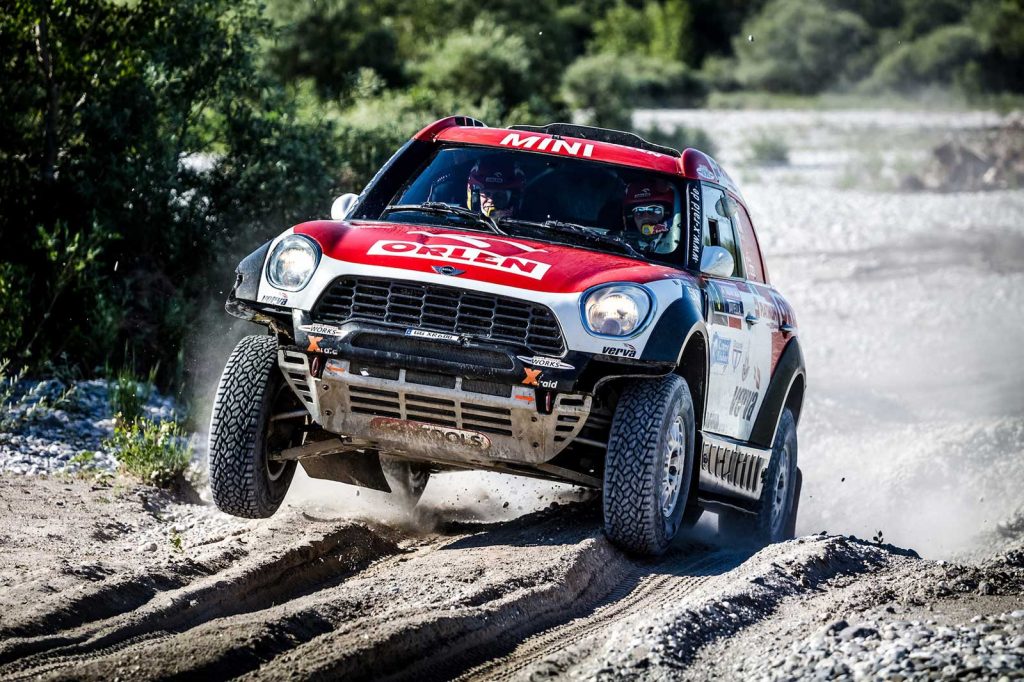 Following the Friday shakedown test, Przygonski and co-driver Tom Colsoul took to the opening event with determination and went to the top of leader from the moment the Super Special Stage (Leg 1) completed on Friday evening. The dominant pair followed this success with three further stage wins over the course of the weekend.

Taking the win at Italian Baja 2017, round six of the FIA Cross Country Rally World Cup, follows the second place result achieved by Przygonski and Colsoul at round five (Kazakhstan) and promtes them to second in the World Cup standings.

Przygonski:“My first win! We pushed right from the start but the Baja wasn’t easy – very technical and partially tricky when it came to the navigation. The MINI ran flawlessly. At the beginning, the route took us across muddy sections and was very slippery. Today, however, it was dry and bumpy. I’m very happy.”

Mohamed Abu Issa (QAT) and co-driver Xavier Panseri (FRA) were once again in the thick of the action and chasing at the heels of their fellow MINI Family crew despite an incident on Saturday that saw the pair lose valuable time. But once back in the game, Abu Issa and Panseri piled on the pressure to place their X-raid Team MINI ALL4 Racing (#1) third at race end to make it two MINI racing machines in the top three.

MINI Sales Down 3.3% For November