Who says small cars can’t be safe? The IIHS has names the MINI Countryman a Top Safety pick with good scores across the board. The score is partly due to the optional advanced front crash prevention system which helps to dramatically reduce impact speeds below 25 mph. We wouldn’t be surprised to see a system like this become available across all MINIs and eventually standard. So why didn’t it achieve a Too Safety Pick Plus? Headlights. Or more specifically the Countryman’s standard halogen headlights. 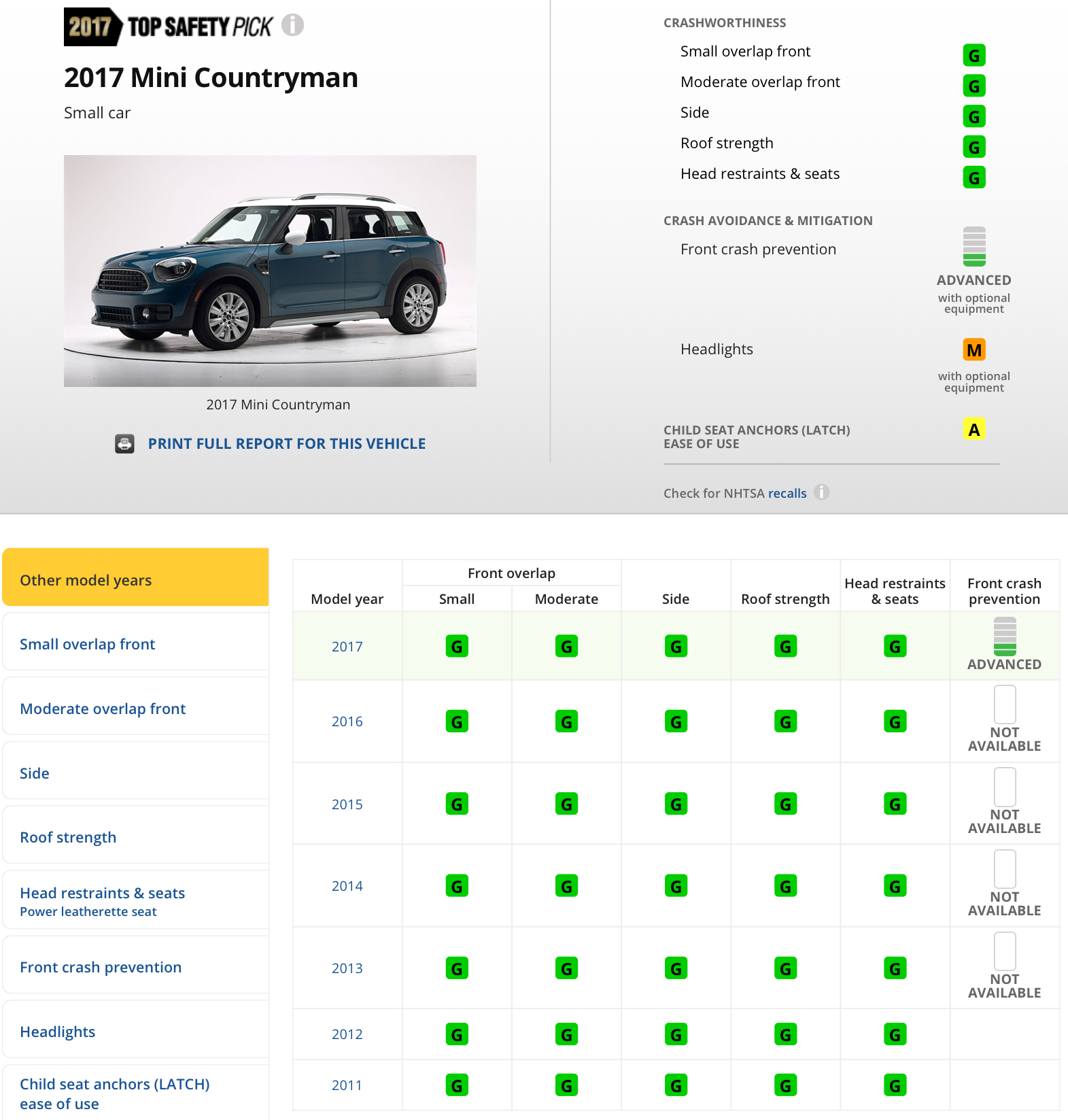 Official release: MINI USA announced today that the all-new 2017 MINI Countryman, the biggest, most adventurous MINI ever, has earned a TOP SAFETY PICK award by the Insurance Institute for Highway Safety (IIHS). The Countryman earns this designation when equipped with the optional front crash prevention system, which earned an advanced rating from the independent, nonprofit scientific and educational organization.

The 2017 MINI Countryman earned the designation thanks to good crashworthiness ratings across the board, including the small overlap front, moderate overlap front, side, roof strength and head restraint tests. The MINI Countryman also benefits from an optional advanced-rated front crash prevention system, which in IIHS track tests at 12 and 25 mph, the system mitigated a collision, reducing the impact speed by 7 mph in both tests. 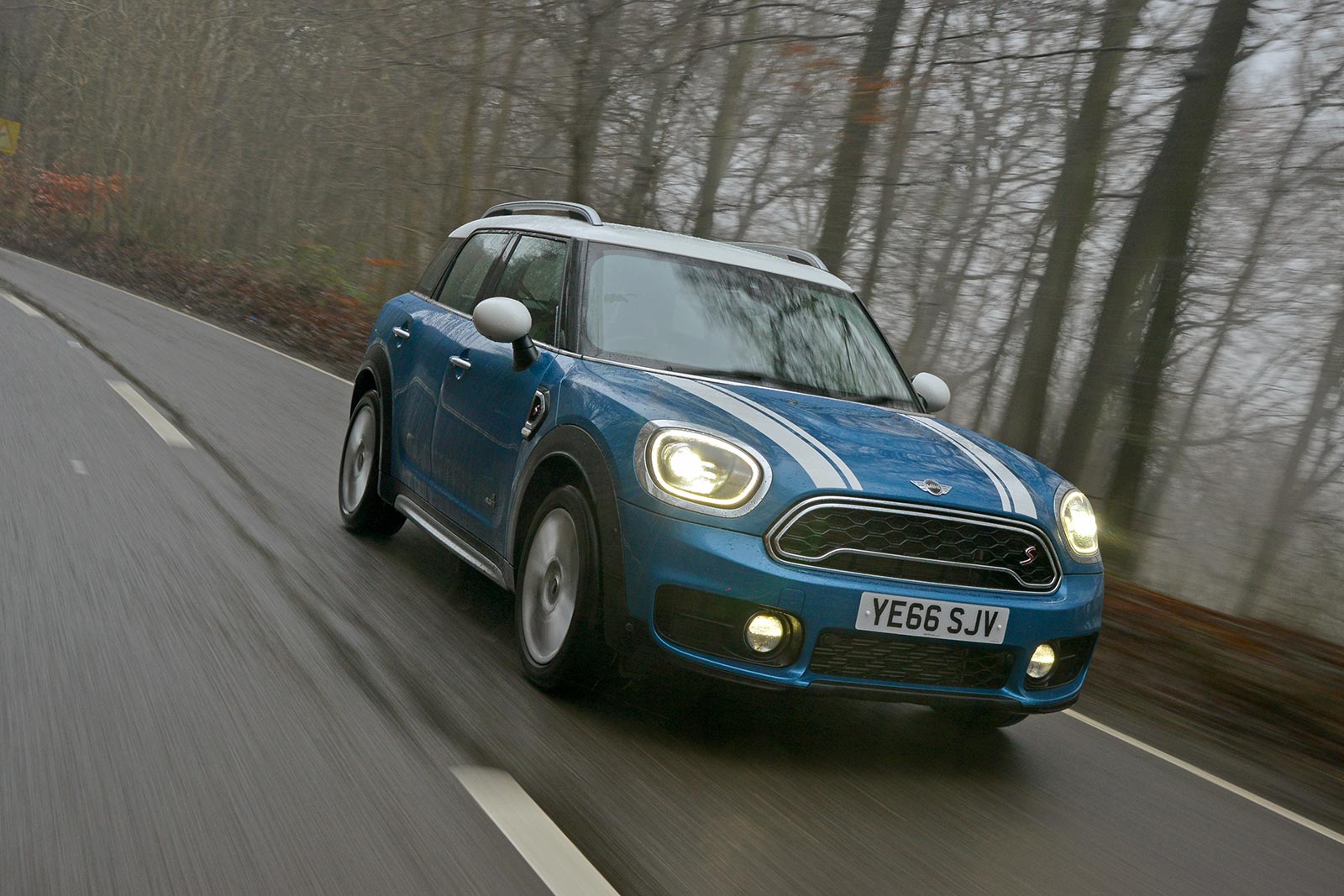 “The new MINI Countryman is not only the best equipped MINI we’ve ever sold, but it’s also the most technologically advanced and most versatile model we’ve ever offered,” said Thomas Felbermair, Vice President MINI of the Americas. “We have seen strong demand for the Countryman since it went on sale back in March and we are thrilled to be able to add the IIHS TOP SAFETY PICK award to the growing list of reasons why people head to their local dealer and take a test drive.” 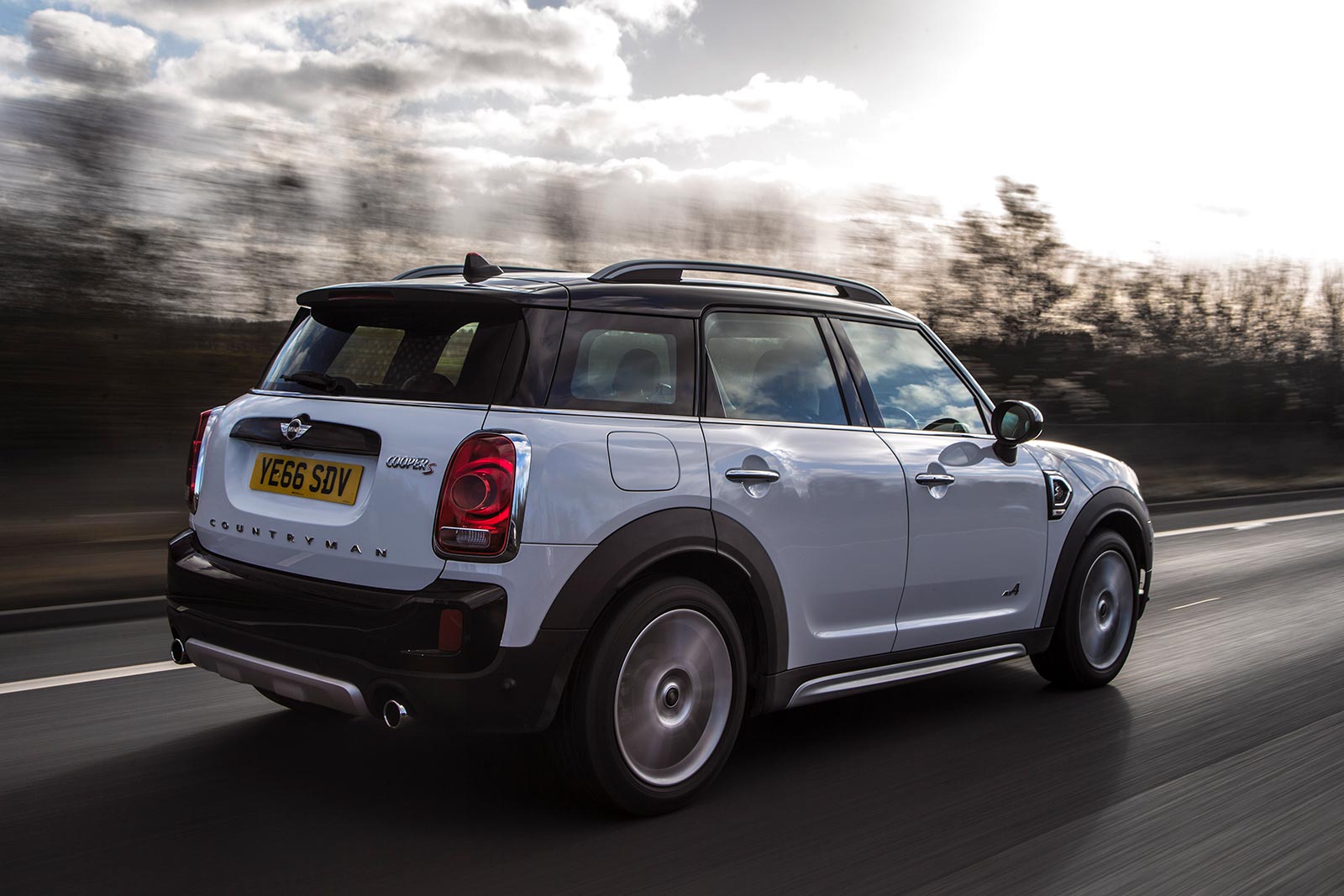 The all-new MINI Countryman has been completely redesigned and reengineered from the ground up, yet still is instantly identifiable as a MINI. Now incorporating BMW Group engine technology and vehicle architecture, the all-new MINI Countryman offers an all-turbocharged engine lineup with outstanding acceleration and the famous go-kart driving dynamics – especially when experienced with the added traction that comes from the latest generation of ALL4 all-wheel drive. At the same time, this new architecture delivers excellent ride quality and enables the most spacious MINI interior ever.

MINI USA Sales Down 15.5% for January