The 2019 MINI LCI is complex and confusing in its rollout. The DCT has already begun production in some models, engine upgrades are going to trickle out over the next 6-9 months and the US market is missing out on some things entirely. What and why you ask? Lets take a quick look at what we’re missing and why it’s not coming.

(via the official press release) 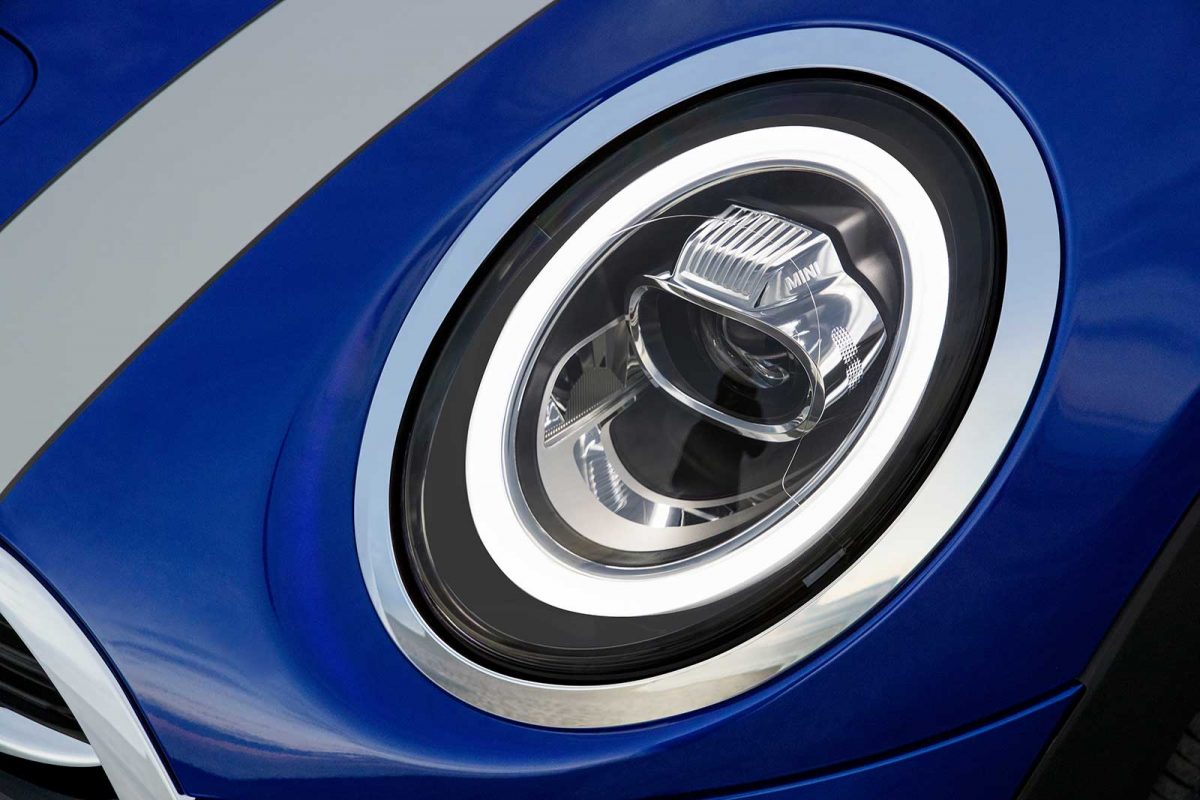 Adaptive LED headlights with Matrix function for the high beam.

The adaptive LED headlights automatically adjust their brightness to the situation on the road. When driving through a city or in the event of limited visibility due to the weather, it is possible to add in the dimmed turning light so as to intensify illumination of the side section of the roadway. Meanwhile a specifically increased range of the low beam ensures optimum illumination of the road when driving on the motorway.

The adaptive LED headlights now also feature an automatic selective dip function for the high beam. The innovative Matrix technology for the high beam increases visibility range while at the same time avoiding any dazzle effect for other road users. For this purpose it is divided into four horizontally arranged segments, which are activated and deactivated independently of one another at speeds of over 70 km/h. The high beam segments are controlled based on the situation on the road. As soon as the MINI front camera registers an oncoming vehicle or a vehicle driving ahead, the space that vehicle occupies is only illuminated at low beam brightness. This is done by deactivation of the Matrix high beam segments that are responsible for the space in question. The remaining areas of the road continue to be illuminated at high beam brightness.

Why the US isn’t getting them: It’s unclear but we know that US lighting regulations are complex and there’s a chance that it might have been costly to federalize this technology in its current form. 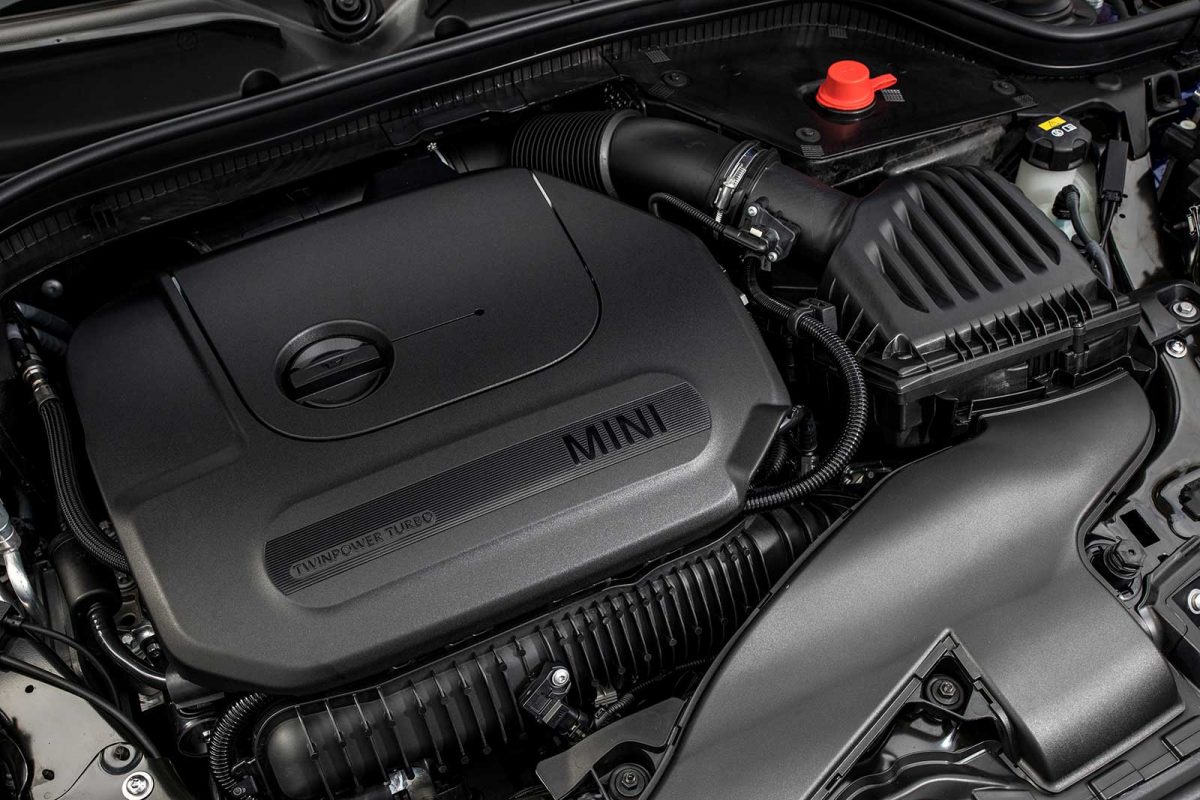 A detailed revision of the engines offered for the new MINI 3 door, the new MINI 5 door and the new MINI Convertible mainly benefits driving fun. It also leads to a reduction in fuel consumption and CO2 figures by as much as five per cent, as well as optimising emissions so as to be able to comply with the more rigorous exhaust emission standards of the future. Further development has been applied across the board, including the basic engine, MINI TwinPower Turbo Technology, engine electronics, oil supply, intake air ducting, the cooling system and the exhaust systems. It was also possible to reduce the weight of the drive units. The engine covers are made of carbon fibre reinforced plastic (CFRP), so they are now lighter, too. The material used to make them is carbon fibre recyclate generated in the production of BMW i automobiles.

The 3-cylinder petrol engines of the MINI One First and the MINI One now draw their power from a capacity of 1.5 litres. This increases maximum torque by 10 Nm, taking it to 160 and 190 Nm respectively. In addition, all petrol engines feature petrol direct injection with the maximum pressure increased from 200 to 350 bar and turbocharger blades made of highly heat-resilient material. The common rail direct injection in the diesel engines ensures that fuel is fed to the combustion chambers with even greater precision. For this purpose, the maximum injection pressure in the 3-cylinder engines of the MINI One D and the MINI Cooper D has been increased to 2 200 bar and in the 4-cylinder of the MINI Cooper SD to 2 500 bar. What is more, the most powerful of the three diesel engines is now fitted with dual-level turbocharging.

Why the US isn’t getting them: The US does’t offer the MINI One. That said we will be getting revised versions of the Cooper, Cooper S and JCW engines late this year. 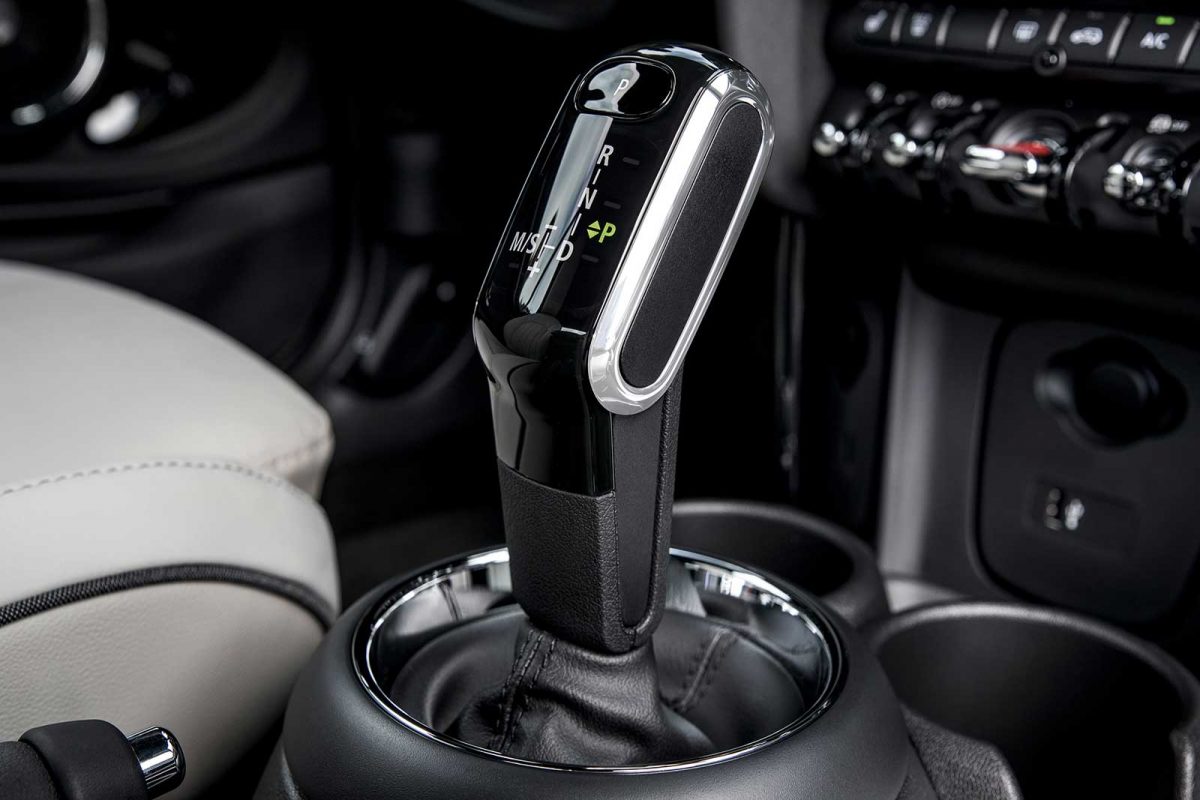 As an alternative to the standard 6-speed manual transmission, a 7-speed Steptronic transmission with double clutch is optionally available for the models MINI One, MINI Cooper, MINI Cooper S and MINI Cooper D. The new transmission type is characterised by very fast gearshifts, enabling extremely sporty acceleration manoeuvres without torque interrupt. It is operated using a newly designed electronic gear selector lever. A 7-speed Steptronic sports transmission with double clutch is also available for the MINI Cooper S. This includes shift paddles at the steering wheel for particularly spontaneous manual intervention in the choice of gear.

All Steptronic transmissions available for the new MINI 3 door, the new MINI 5 door and the new MINI Convertible allow use of the coasting function in MID and GREEN mode as well as the latest generation of the auto start/stop function. Navigation and front camera data can now be incorporated in the control of the latter, too. If the vehicle is fitted accordingly, this allows situations to be identified in which it is better not to switch off the engine: for example when stopping briefly before making a turn or entering a roundabout, or if the traffic ahead has started moving again.

Why the US isn’t getting them: The production rollout will take time and MINI has made the US market lower on its priority list given the complexities of meeting EPA requirements.