If there’s one MINI podcast you listen to all year, this should be the one. Rarely to you get a chance to talk to a MINI executive on-record in such a candid way. But then again MINI USA Head of Marketing Pat McKenna is a straight shooter. We’ve know Pat since he started at MINI USA eight years ago leading product at the brand. While there are literally 100s of people responsible for MINIs dramatically improved quality over the last few year, few have been more of a driving force for that change than Pat. He’s also been critical in not just developing the current line-up of cars but what’s coming: the JCW GP and the MINI Cooper E. Suffice to say there are few people a US MINI enthusiast would want to chat with more than Pat McKenna. So it was with great anticipation that we sat down with Pat at the recent LA Autoshow to talk about the current state of MINI quality, marketing and the future of the brand in the US. 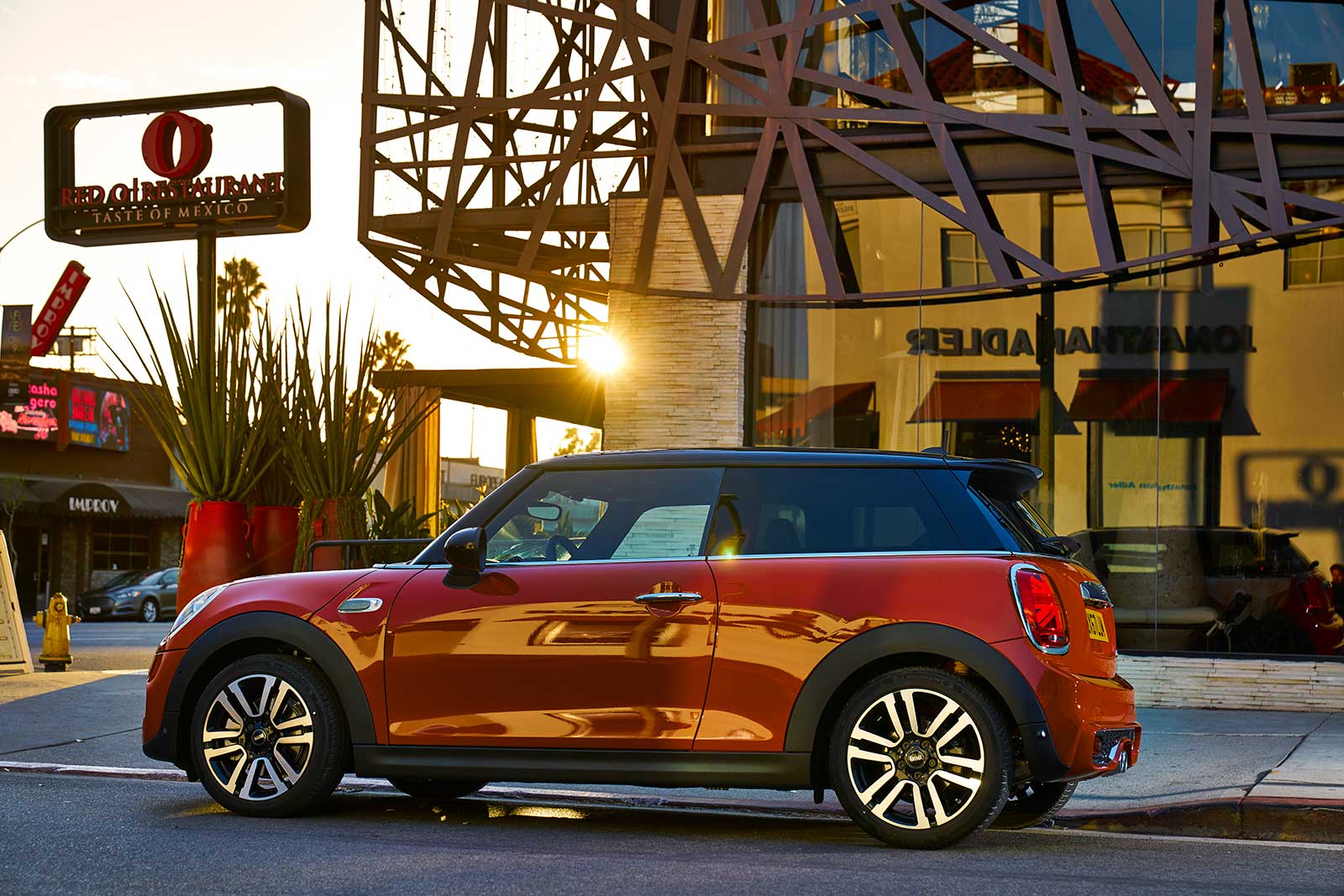 Coming from the second generation MINIs, the brand has had a long way to climb in terms of quality. But just as dramatic as some of those issues were to owners, the shift has been equally dramatic. “The MINI Countryman is the number #1 small luxury SUV in consumer reports. Ahead of Mercedes, Audi and let’s just say everyone,” McKenna proudly told us. The challenge in (marketing) that fact is that Consumer Reports is a non-for-profit organization and has rules against such things.” For the record the brand he wouldn’t say was the one with the Roundel next to the MINI booth at the show.

Being in product Pat has had a view into the hard work that make this transition happen. “We had the highest levels of engineering involved. We visited dealers and literally walked through service bays having technicians tell us the story of each car they were repairing.” We had Roger Penske (who owns a number of auto dealers including a MINI store) come to Munich to speak about the areas that had to be addressed in the 3rd generation. The results are that both initial quality and vehicle dependability surveys are way up. And most telling, dealers are having trouble keeping their service centers busy.” 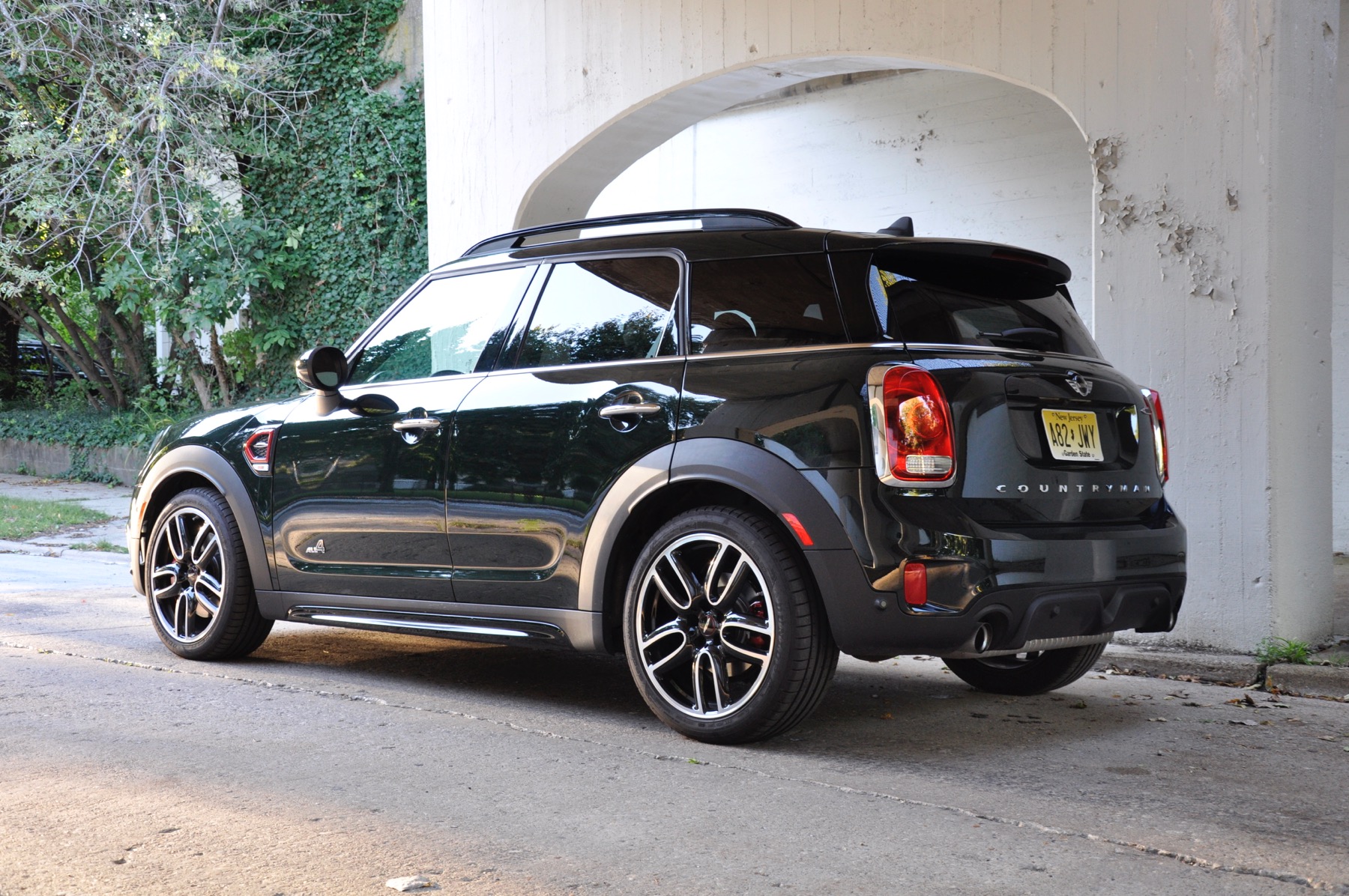 “It’s literally small car company by volume and it’s also small in the portfolio in context to other cars. Our largest car is essentially the same size as a VW Golf,” He went on, “The Countryman is up 29% but there’s a lot of competition. In every other small car segment volume is drastically down. MINI is down as well but doing better than others. That translates into about a 2% drop – remarkable given the circumstances around us. If you look at a brand like Fiat for example, they’re 50-60% down.”

McKenna’s initial marketing thoughts were to focus on performance. But data shows that it’s the Countryman advertising that the market is responding to. He believes that’s down to what the market wants.

I was fascinated that a great spot for the hardtop wasn’t getting any attention. I believe that that’s because a lot of Americans are looking at it has small and just not for me. But the reality is the hardtop is doing fine in terms of sales.”

Still McKenna has hope; “To be a small car company down a little over 2%, it’s a good story. Our hope is that as other automakers stop producing small cars we’ll pick up share.”

We then turned our attention to product and specifically what he’s excited about. “We’re sitting in a plugin hybrid, we’ll have a full electric in 2020 and we’ll have the GP in 2020,” McKenna rattled off.

But what about future products? “If we were truly looking at the America market we would undoubtedly go bigger. So we could envision some larger format of the Countryman. But the reality is that the portfolio is rightsized for Europe and Asia. For the US to come in and say a larger MINI would fit our market. The question then becomes, would that product fit the brand? And can we build a business case to justify something created for the American market?”

I think we could envision some variation of Countryman but I don’t see the portfolio changing all that much.

Finally if you’re listening carefully. Pat slips in a little preview of the revised and much more powerful JCW Countryman and Clubman coming next year.

Needless to say this is a must listen as there’s plenty more in this 25 minute interview.