It’s official: 2018 wasn’t great but December was downright terrible for MINI USA sales. For the month MINI USA sales totaled 2,797 vehicles, a decrease of 39.3 percent from the 4,611 sold in the same month a year ago. That’s worth pausing in for a moment. Almost 40% down is a huge decrease that was mostly due to smaller MINIs poor showing which were all down over 45%. 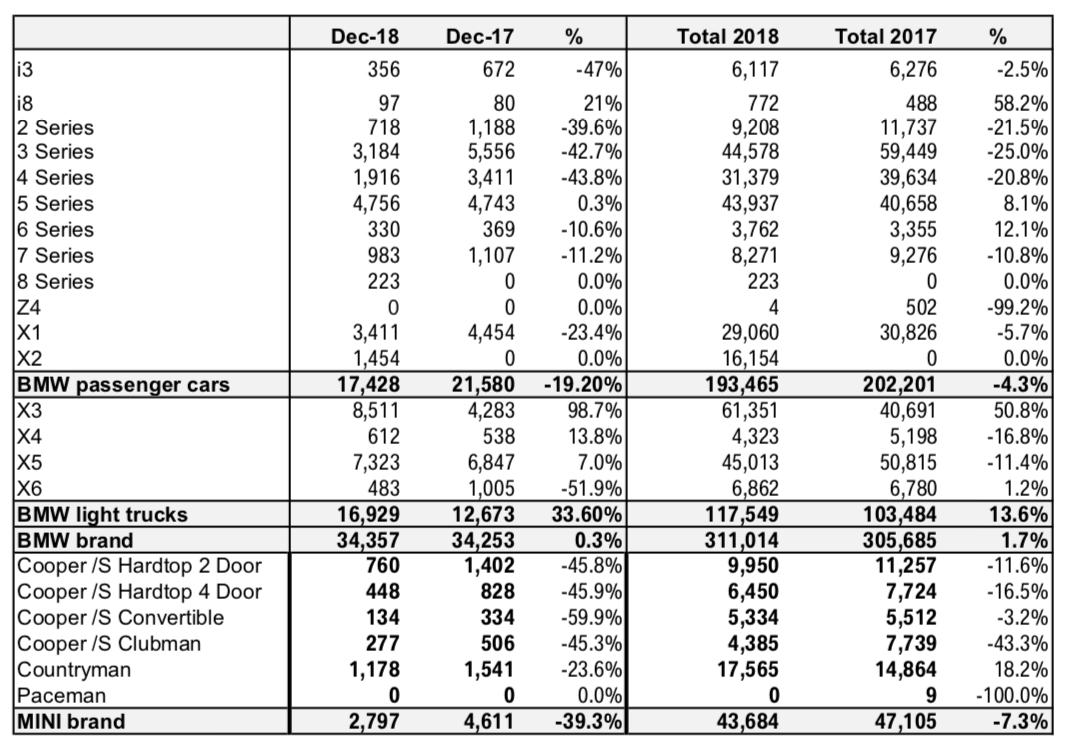 The current generation of MINIs are the best engineered and most trouble free ever offered and yet they’re simply not finding buyers as they have in the past. We went in depth on this issue and others in our recent conversation with MINI USA head of marketing Pat McKenna. While it’s easy to arm-chair a few hypothesis around why, our interview with Pat actually spells out the issues fairly clearly. You can check out the full interview here.