The Spanish duo of Joan ‘Nani’ Roma and co-driver Alex Haro put in another strong performance throughout Stage 9. From the start of the penultimate stage, Roma pushed hard in an effort to reduce the time difference to the Dakar 2019 leading car before tomorrow’s final stage. The end result of the 313 km Special Stage was another fine second place for the MINI John Cooper Works Rally crew and still second in the overall ranking. 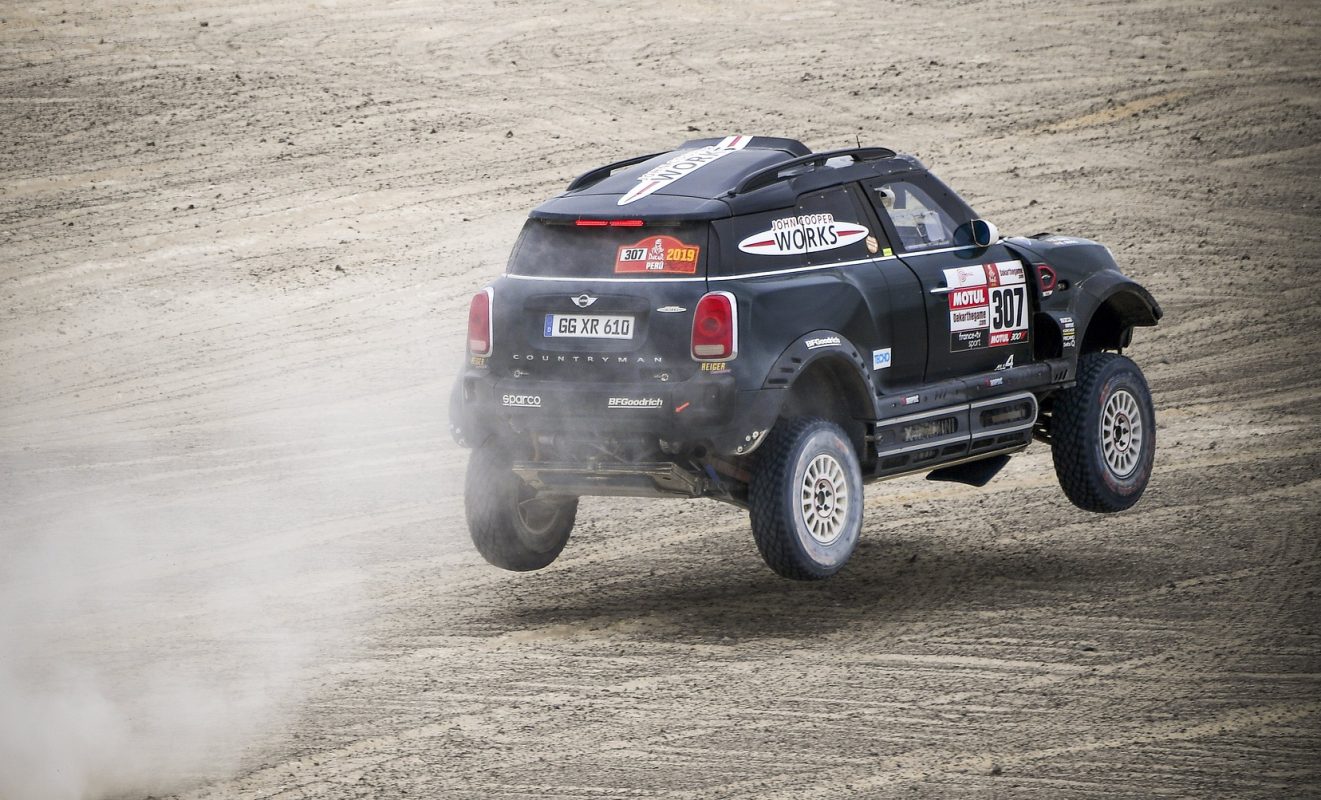 Carlos Sainz (ESP) and co-driver Lucas Cruz (ESP) did not get the start they wanted today. A problem occurred before the start of the stage, which meant he missed the allotted start slot but did manage to get underway as the last car. An excellent drive eventually saw the MINI John Cooper Works crew finish sixth, but they may be subject to a penalty.

Yazeed Al-Rajhi (KSA) / Timo Gottschalk (GER), also in a MINI John Cooper Works Rally, were the fourth MINI crew to complete Stage 9 inside the top ten. Their eighth in stage now places them seventh in the overall ranking.

Just over 6 minutes later and in ninth place was the MINI John Cooper Works Buggy of Cyril Despres (FRA) and co-driver Jean Paul Cottret (FRA). A remarkable result in itself, because at approximately 290km into the stage – and with the finish point nearly in sight – the car flipped on a dune. Time was lost in getting it back on track, which was unfortunate because until this incident the MINI crew were classed as virtual stage leaders in the live stage ranking. 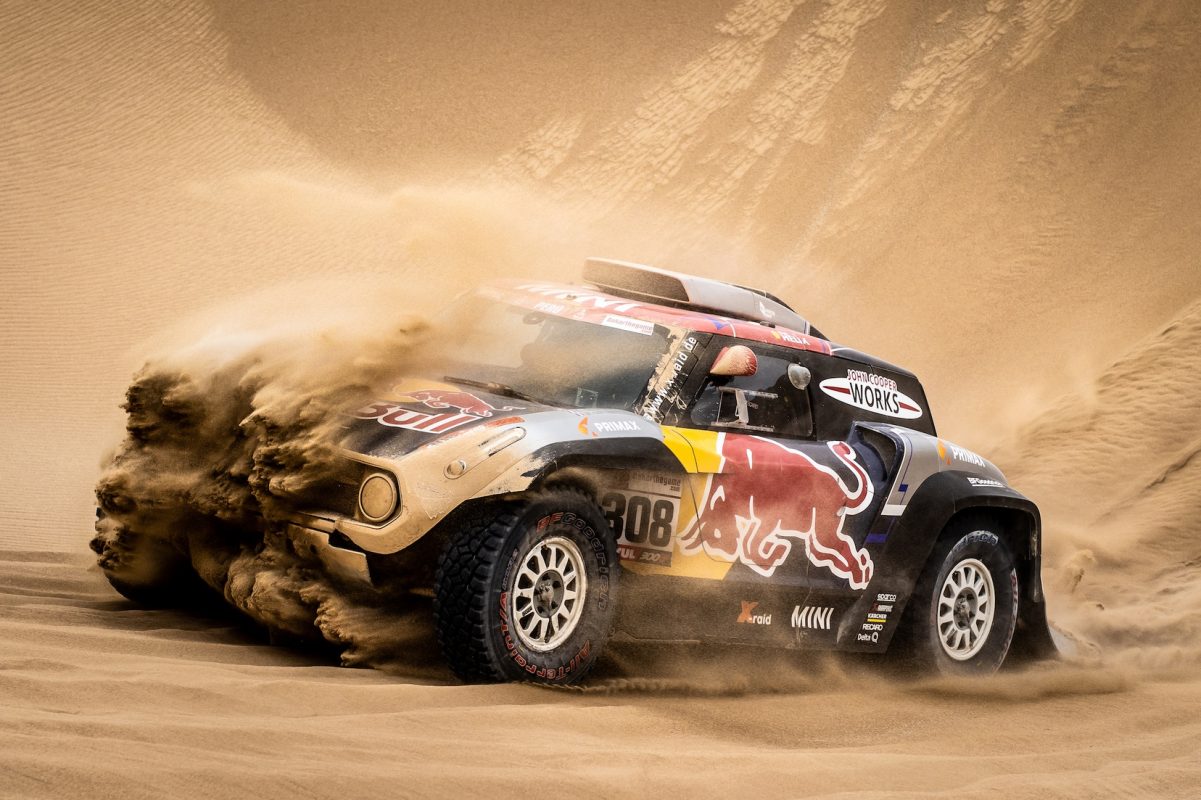 The MINI John Cooper Works Buggy crew of Stéphane Peterhansel and co-driver David Castera unfortunately had their worst day at this year’s Dakar. After a hard impact at 26km into the stage, co-driver David Castera complained of severe back pain, which resulted in Castera having to be transported to hospital in Lima for medical treatment. Stéphane Peterhansel was unharmed in the incident and was able to return the car to the X-raid service park. The French pairing starting tomorrow’s final stage does not look possible.

“It was a really hard day again with a lot of stop-starts. We had a puncture after 38 kilometres, in the middle of the sand, I don’t know why, and I had to stop in the sand to change the wheel. For the rest, we tried to concentrate and not make too many mistakes. It was a difficult stage but we have only one day left to finish the Dakar.

“It’s one of the toughest Dakars I have ever raced and every kilometre is really tough, but we’re happy. The mechanics and the team have worked so well on the car; it’s perfect and we haven’t had any issues. Tomorrow we need to continue but not push too hard to finish the race.”

“Stage 9 was really difficult; I think it was the hardest stage in this Dakar because it was almost 70% dunes where the sand was so soft. In some places, we couldn’t reach the top so we had to go back and try one more time.

“Today, we started with the plan to fight because there was only a small difference between our time and Despres. We were fighting until the end when suddenly we were stuck and lost around 12 minutes. In the end, we reached the finish and heard that a lot had happened on this stage. It was not an easy stage to finish but we did well and tomorrow we have the last stage.”

“Today was good but the stage was hard and there was difficult navigation in one area but we didn’t lose a lot of time although I think a lot more people did lose time in that area.”

“We stopped for Stéphane a few kilometres after the start. I know that David is a particularly tough guy so we were a bit afraid when he was inside the car and could not get out. It’s never nice to see somebody like this. So then we kept going, we got good speed and everything was good until 299km – only 14km from the end – there was a waypoint that was not easy to find.

“We turned around to look for the waypoint and then, coming up on top of the dunes, we saw a bike coming up so we slowly put the front of the car into a small hole to avoid an accident. Martin Prokop stopped to help, so we would like to thank him. We kept going but the last part was not easy.”

Next race is Stage 10 (Pisco – Lima) and is the final stage of Dakar 2019. For more information about Dakar, please visit the host’s event home page here.

Video: Kris Meeke Drives the Fire out of the MINI WRC