There are countless stories on this website, in books and magazines about the launch of the original Classic Mini 60 years ago. But sometimes photos themeslves tell the story. What you see here is the answer to a late 50’s fuel shortage and some brilliant engineering. Because of the fuel rationing at this time the market for German bubble cars boomed, even in countries like Britain where imported cars were still a rarity. The Fiat 500, launched in 1957, was also hugely successful – especially in its native Italy. 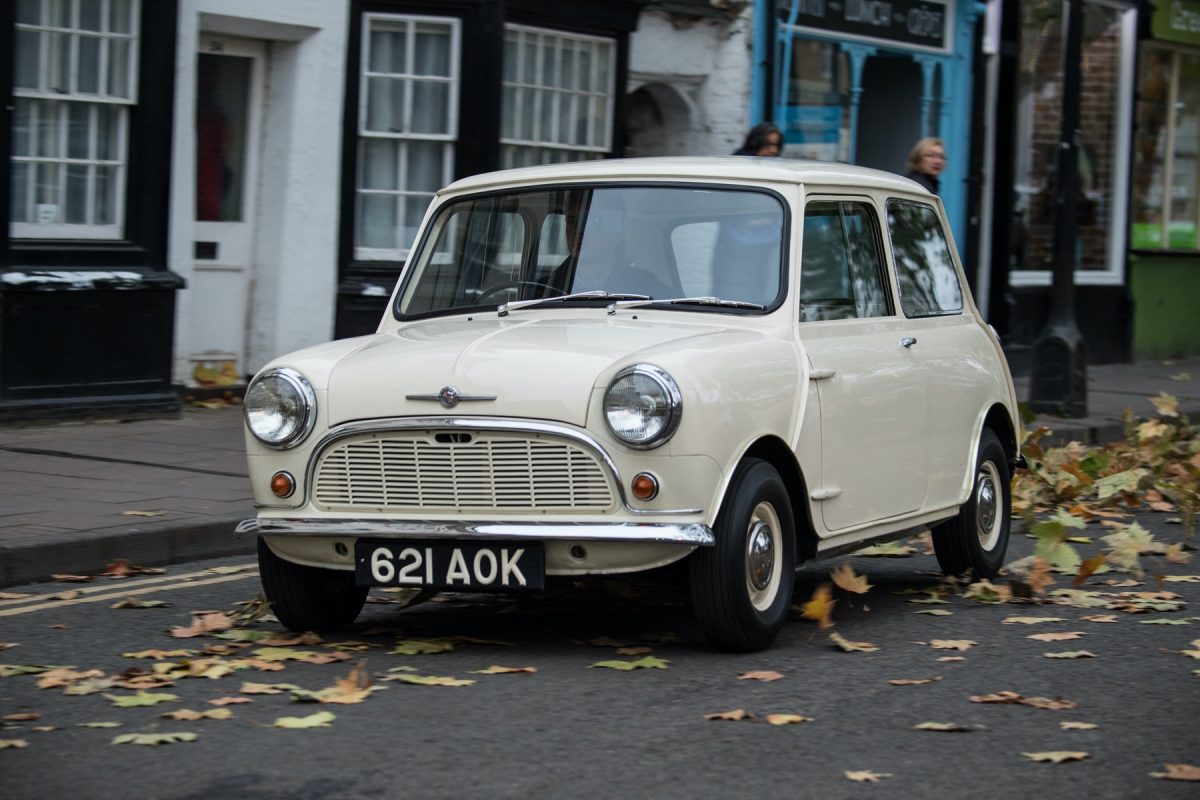 As you can imagine British Motor Cars (BMC) wanted in on the action. Leonard Lord, the somewhat autocratic head of BMC, reportedly detested these cars so much that he vowed to rid the streets of them and design a ‘proper miniature car’. He laid down some basic design requirements: the car should be contained within a box that measured 10×4×4 feet (3.0×1.2×1.2 m); and the passenger accommodation should occupy 6 feet (1.8 m) of the 10-foot (3.0 m) length; and the engine, for reasons of cost, should be an existing unit. 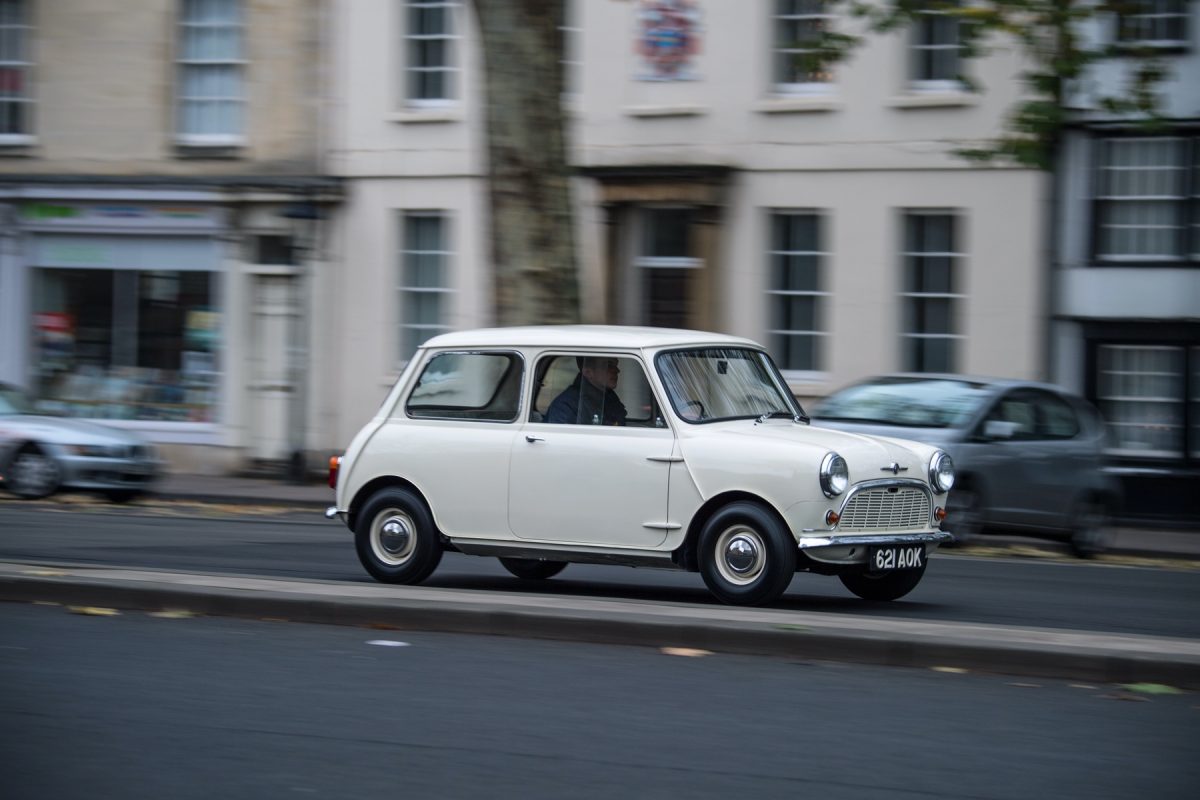 Alec Issigonis, who had been working for Alvis, had been recruited back to BMC in 1955 with a brief from Lord to design a range of technically advanced family cars in the same innovative spirit as his earlier Morris Minor to complement BMC’s existing conventional models. Issigonis had set out design projects for three cars – large and small family cars and a very small economy car. His initial work was on the largest car, designated XC9001, with the smallest car, XC9003, having the lowest priority despite it being Issigonis’ greatest personal interest. With Lord’s dictum to produce a bubble car competitor and his revised design requirements being laid down in October 1956, work on XC9001 stopped and XC9003 became the priority. The team that designed the Mini was remarkably small: as well as Issigonis, there was Jack Daniels (who had worked with him on the Morris Minor), Chris Kingham (who had been with him at Alvis), two engineering students and four draughtsmen. Together, by July 1957, they had designed and built the original XC9003 prototype, which was affectionately named “The Orange Box” because of its colour. Leonard Lord approved the car for production on 19 July and XC9003 became project ADO15. 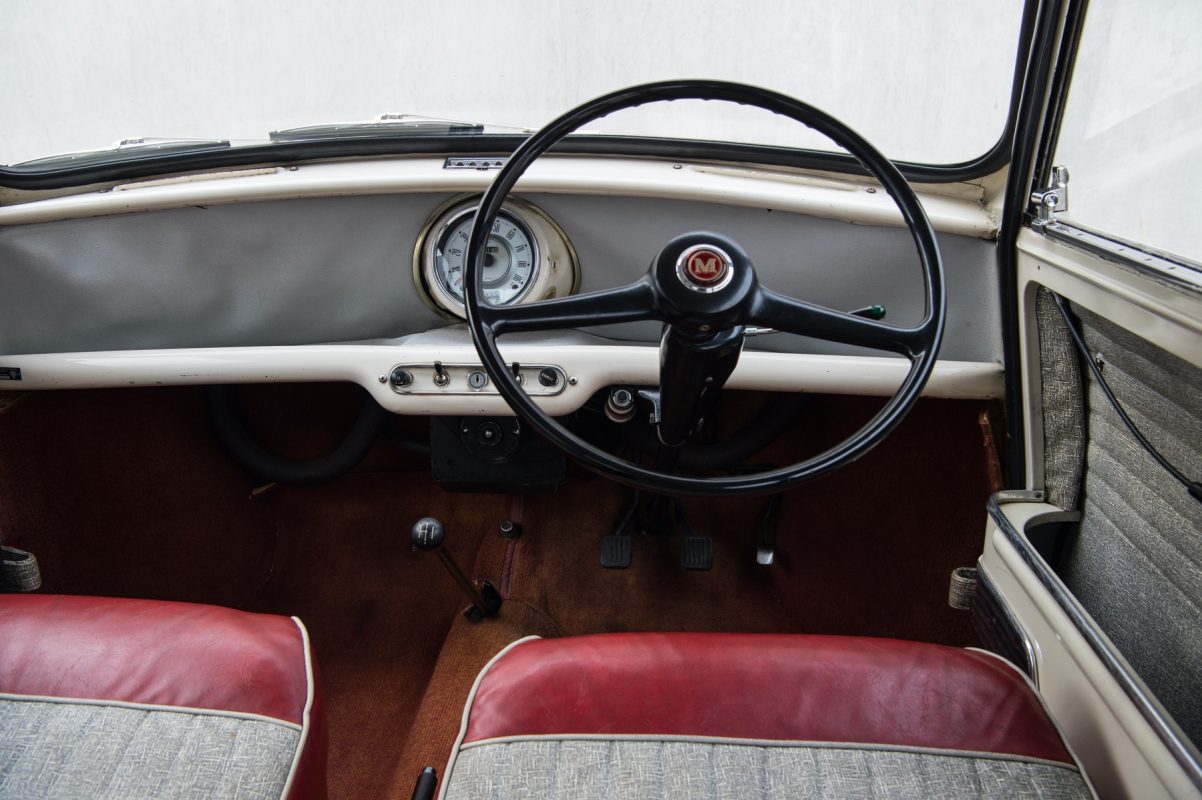 The rest is history. There’s plenty more to dig into around the brilliant design and engineering in that original 1959 Mini but for now let’s look back at an excellent example plucked from the BMW archives. It’s all original with plenty of hard earned patina. 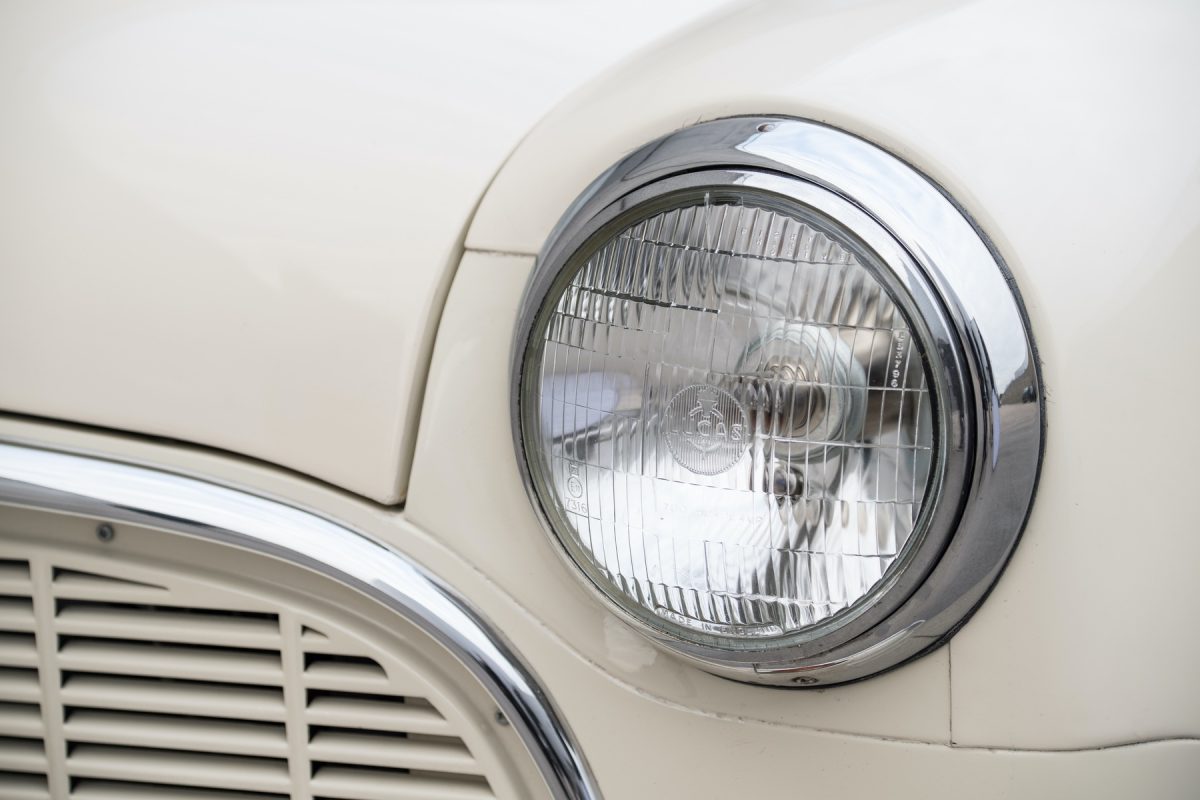 Parts of the above history is courtesy of Wikipedia