MINI USA sales are in for May and the numbers aren’t great. The brand reported 2,822 vehicles sold, a decrease of 33.2 percent from the 4,226 in the same month a year ago. That’s a serious downturn and one that looks bad at almost every angle. All models are down, leading the way the Clubman, Convertible and Countryman in that order. What’s been fascinating for us is seeing how the Countryman has consistently been down over the past six months. Could it be that the downturn in the small car market has shrunken MINIUSA’s buyers down to a more loyal demographic less interested in the larger MINIs? Just a hypothesis but it’s an interesting thought. 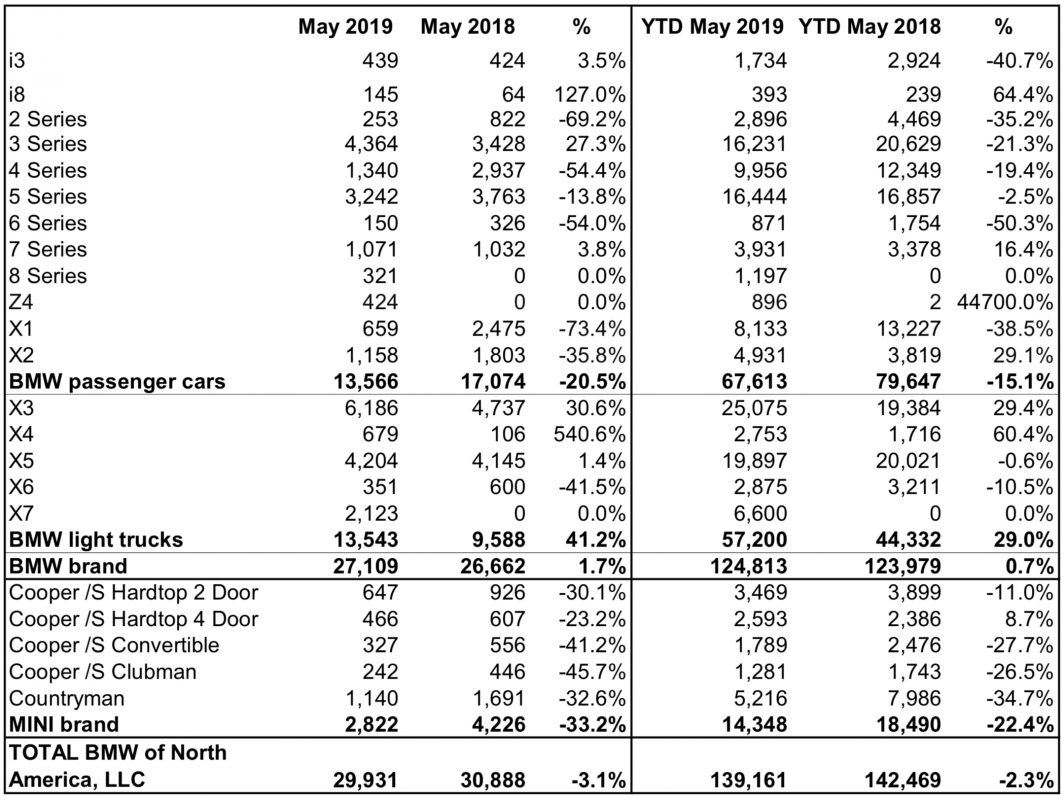 Of course we’re just months away from some pretty big upgrades including 301 hp JCWs and DCT automatic MINI as well. And the end of this year will bring the most anticipated MINI, the all electric Cooper S E.

MINI USA Sales Down 7.4% for September