Autocar recently spent some time behind the wheel of the remastered Mini by David Brown and came away staggered by the execution as much as the cost. What does remastered mean? Start with a classic Mini and then do a complete respiration down to the bare metal. From there add in modern features and conveniences and finish them all off with all the craftsmanship you’d expect in a bespoke English car.

Here’s what The company had to say when asked about the development:

“We don’t do masses of market research. We do what we think is right and what there is a market for,” says sales and marketing director Michelle Gay, as she gives the backstory to the launch in April 2017. “We unveiled three prototypes with different looks and feels – and were completely overwhelmed by the response. Within 12 hours, we had 2500 sales enquiries.”

Okay, so that’s a good reason to ‘mess’ with a legend. “We had to produce it in bigger numbers than expected, which explains the lag between launch and production,” she says. “The first car left Silverstone last year. We delivered three initially, but we’re planning to deliver 50 this year – and they are already sold. Next year, we’re aiming for 100.” 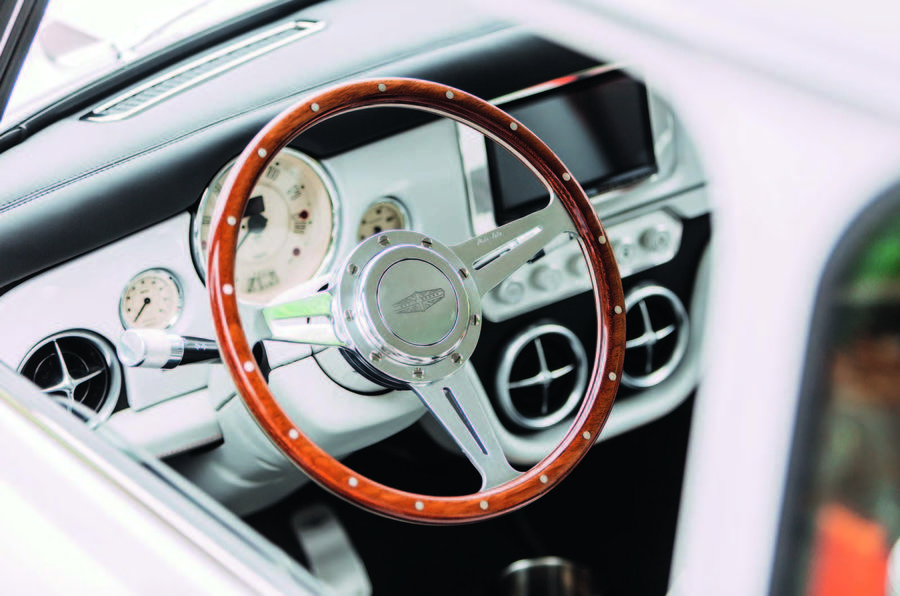 But this is a car that takes 1400 hours to produce and is full of beautiful craftsmanship. Here’s more from Autocar:

1400 hours are required for what goes beyond any normal definition of restoration, from a donor car sourced usually from the late 1980s/1990s Mini editions, through a complex process of de-seaming, strengthening and e-coating the body to combat corrosion. New bodies are formed from original British Motor Heritage tooling, painted and fitted with fine detail touches. Check out the wing mirrors, fuel filler cap, LED light fittings (halogen is also available) and central twin exhausts, which give the original (but obviously completely rebuilt) engine a pleasing rasp. This one has been bored out to 1330cc and offers a boisterous 83bhp.

And then there’s the way it drives:

The clutch is heavy, the brakes are soft (and squeal loudly), the seating position is awkward, the steering is heavier than it should be, the five-speed manual ’box is period loose – and it’s brilliant, darting from jam to jam with the same cheeky aplomb we’ve always loved. The soundtrack download featuring The Stones, Kinks, Hendrix and The Who doesn’t hurt (nice move, Michelle, but no Beatles?) and we’re relieved: of course David Brown and his small band of artisans haven’t missed the point – quite the opposite.

Read the entire article over at Autocar.

Mugello to become a hotspot for classic Mini fans