It’s finally here. Last week we took delivery of our new 301 hp 2020 JCW Clubman at the BMW Performance Center in South Carolina. The pick-up spot offered us the perfect place to get to know the car on the track, and eventually on some of the best roads in the United States as we headed back to Chicago. Over the course of the next year we’ll be living with this new Clubman, comparing it to our 2019 JCW Countryman, our 2018 JCW Clubman and just about anything else we can think of. But first lets just talk initial impressions new 301 hp revised 2020 JCW Clubman on the track, the Dragon, and simply on the road. 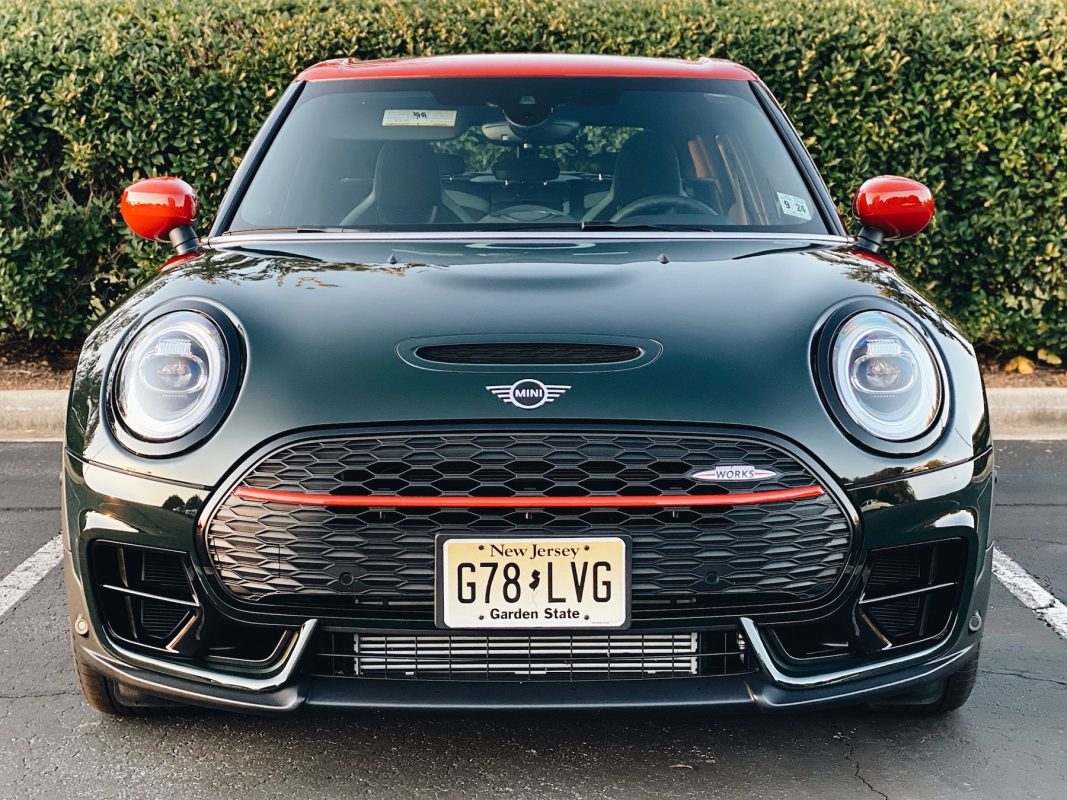 For years MINI has spoken about how horsepower didn’t define the brand. From the Cooper to the JCW, MINI would often define performance as a delicate equation that included weight, power, and driver-involvement. At times it felt like a valid argument. Other times it felt like an excuse. Now with 301 hp and a staggering 331 ft.-lbs. of torque it’s all irrelevant. This car is blindingly fast and needs zero excuses.

How fast? Officially it’s 0-60 time is 4.6 seconds with launch control. It’s a crazy number given where this car was at with 228 hp but it makes sense given the 73 hp and 73 ft-lbs of torque increases. But it’s not just the extra power that makes that time possible. The new JCW Clubman has a new 8-speed Steptronic transmission with integrated mechanical differential lock for the front wheels. As sad as we are to lose the manual option, this new automatic is the best MINI has ever offering – by a wide margin. There’s a responsiveness that feels DCT like thanks to the converter lockup clutch which closes immediately after driving off. 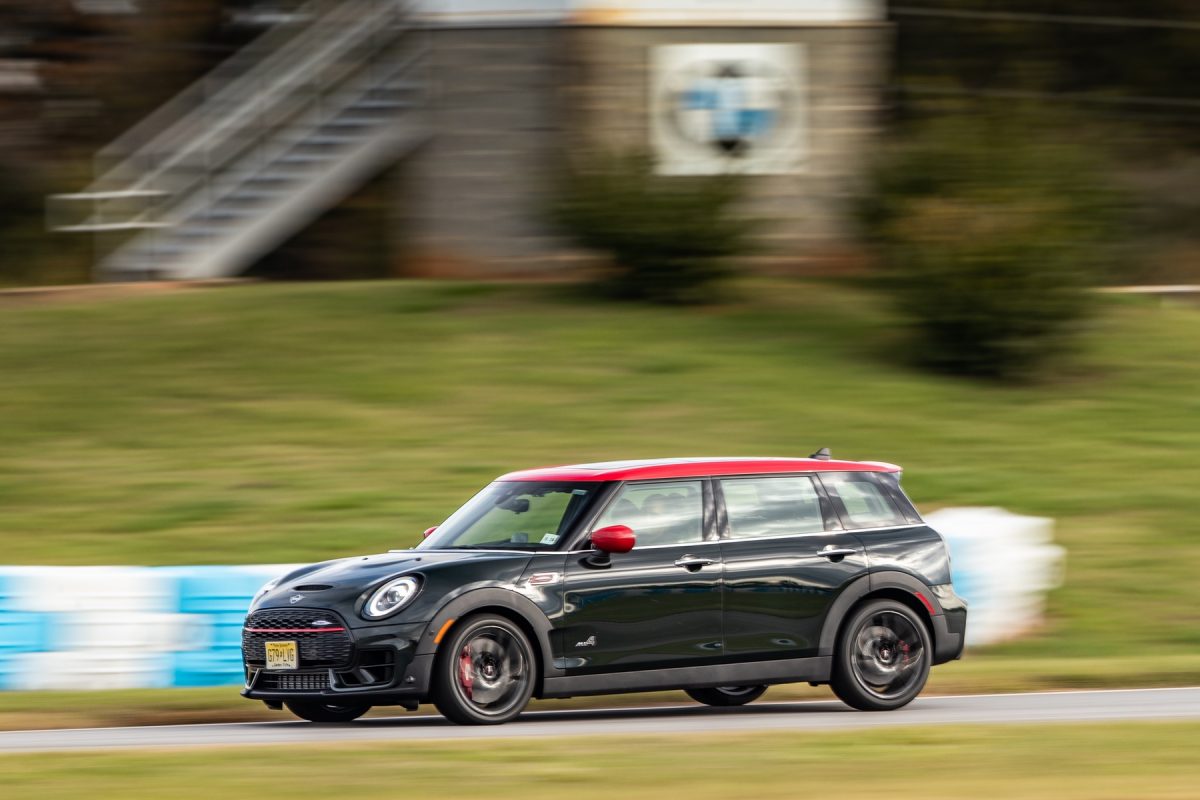 The integrated differential lock functions transversely to reduce the speed compensation between the front wheels. Under load conditions, this means that a locking effect of up to 39 percent. It’s all connected to DSC so it serves both a safety and performance function.

On the dry track at the BMW Performance Center it felt tenacious at both high-speed sweepers and exiting tight corners. Where you could feel the previous JCW Clubman very obviously try to catch-up to where the grip was, this new car is so quick to react it almost feels predictive. On the famed Tail of the Dragon in the driving rain (where the limit was a bit lower due to the tires) the system still felt almost unflappable. 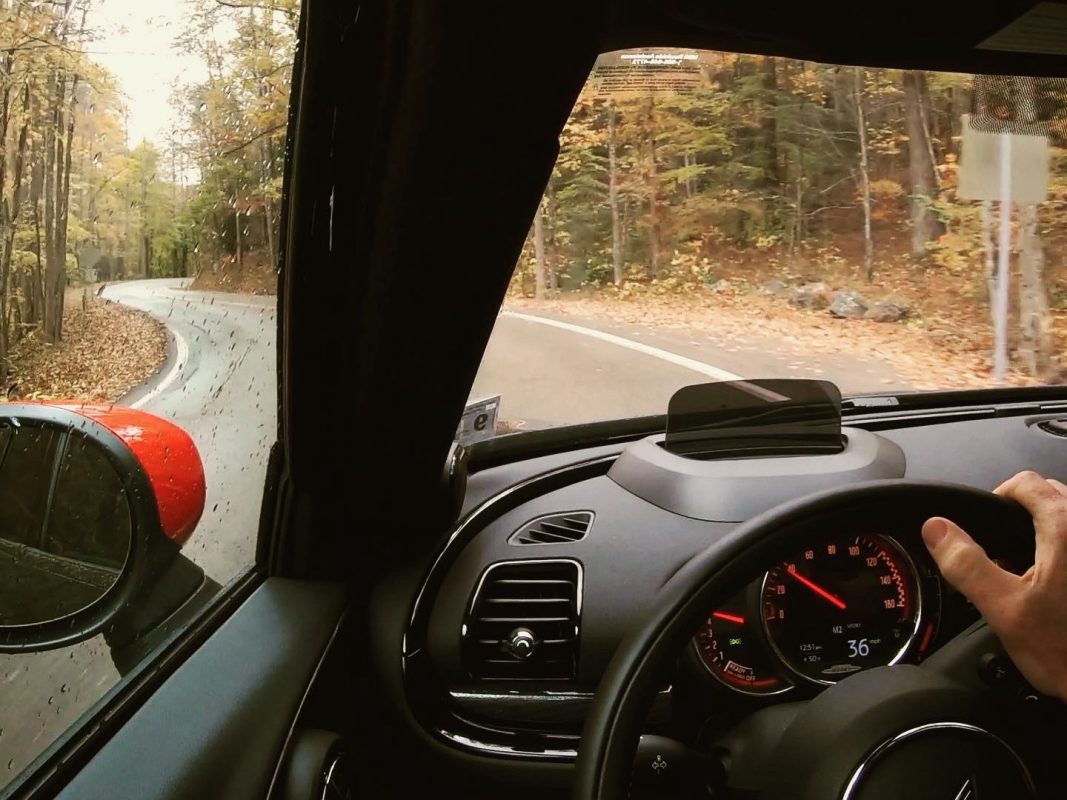 But it’s not just the drivetrain that has evolved here. The suspension and chassis has been improved in several key areas. The single-joint spring-strut-type axle for the front wheel and the multi-joint rear axle are now tailored for JCW with more rigidity and less weight than before. Adding to this is the revised swivel bearings that allow for improved camber values on the front wheels. In total this has improved the transmission of lateral forces in corners through the car and to the driver. In other words, MINI worked hard to bring increased feedback to the driver along with greater levels of performance. 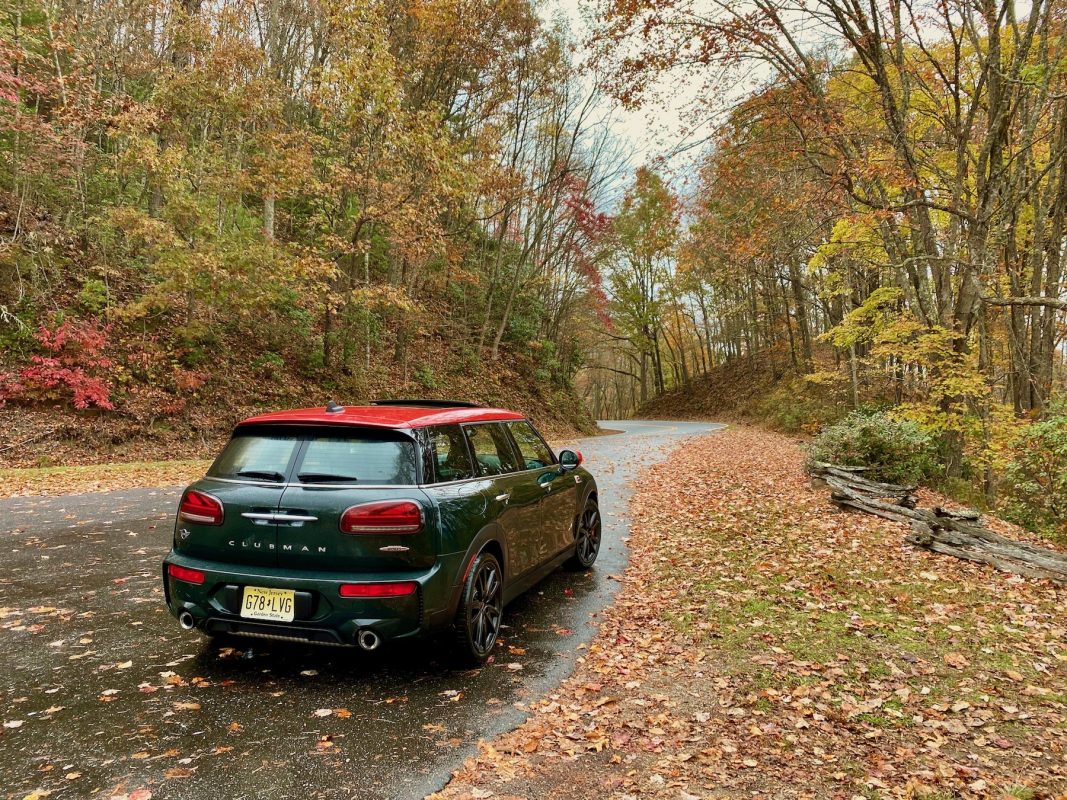 As much a the 73 hp increase gets top billing, it was these suspension and chassis changes that really surprised me. This was especially evident at the Dragon where the JCW Clubman delivered a level of precision that felt immediately more satisfying than the previous JCW Clubman or Countryman. It made the Clubman not only more capable but more confident and engaging to hustle from corner to corner.

Rounding out the major changes are the larger front and rear brakes. MINI has given the JCW Clubman massive 14″ (360 mm) rotors upfront. To give you some perspective the first generation GP had 11.5″ rotors. Perhaps more impressively the rear have been significantly upgraded to 4-piston, fixed-caliper units that measure 13″ (330 mm) in diameter. To optimize the system MINI revised the brake cooling duct geometry as well. 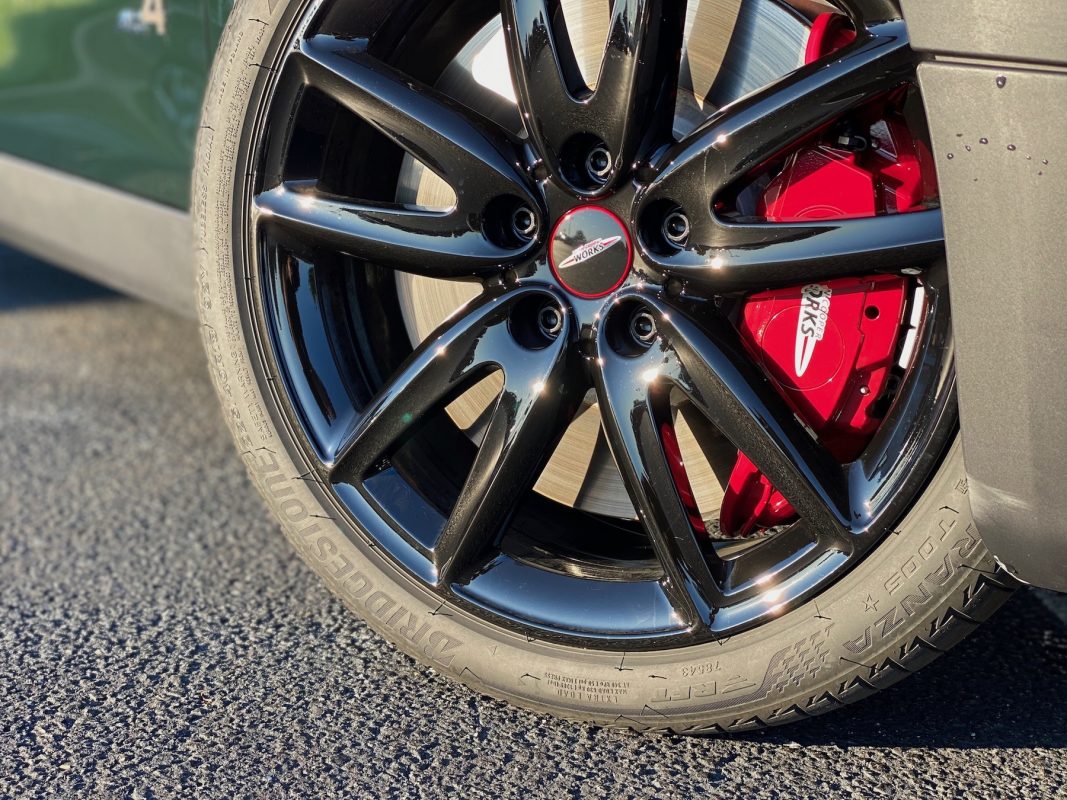 Lap after lap on the track these brakes delivered exceptional feel and consistent performance. Later on the Dragon I learned I could rely on them like I never have in a MINI. That meant late braking with no drama and no degradation turn after turn. You cannot over-estimate this improvement. Even in daily driving you’ll feel the difference and see a clear increase in stopping performance in emergency situations.

This is a $48,100 car and thus should be pretty good. But from what we’ve experienced, MINI has taken a very good car and transformed it into an exceptional one. In fact in a sea of BMW M2 and M8s, it was the JCW Clubman that was the real surprise of the launch event among journalists. While the speed was shocking, it was the total package that really surprised so many (including us).

We couldn’t have asked for a better introduction to a car. 1,012 miles that included track-time, the Dragon and a classic fall road-trip. There really is no better way to get to know a car in the span of five days. And now begins the real test – living with it day to day. 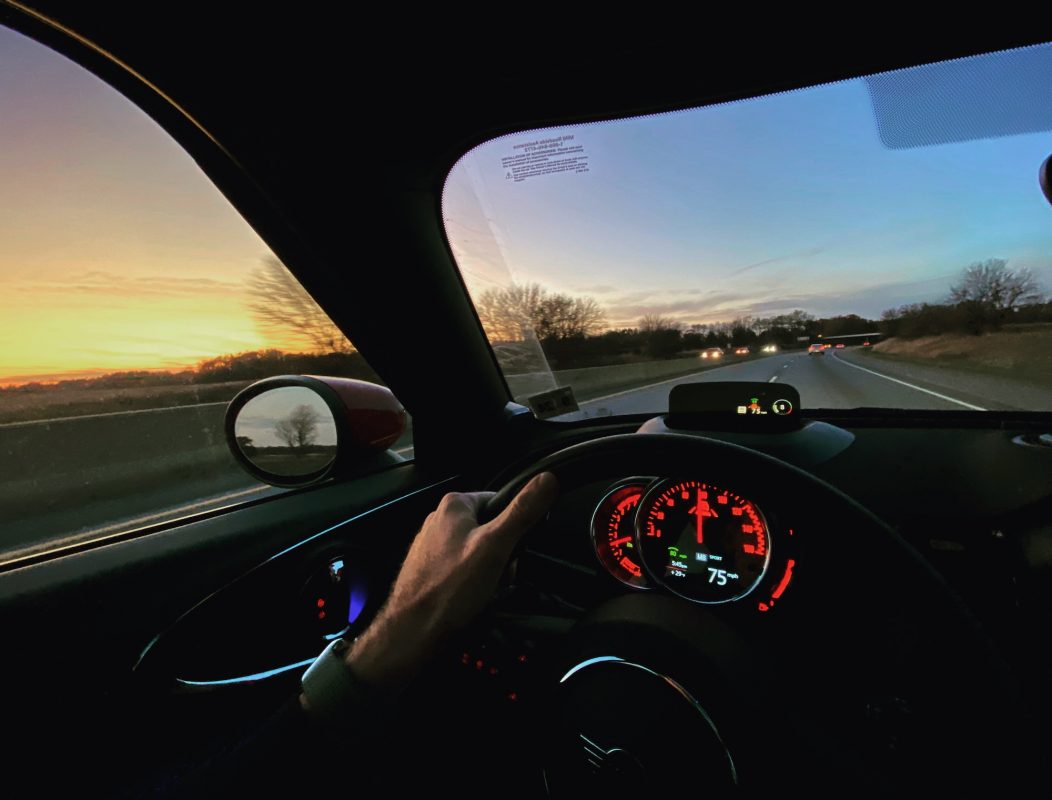 Today we’re releasing the first in a series of new MotoringBadges for 2009 and it’s all about MINI’s 50th Anniversary. These will be limited…