Hosted for the first time in Saudi Arabia, the 2020 Dakar will feature a total of nine MINIs of various forms. The actions starts this Sunday.

Official release: When the Rally Dakar visits the Arabian Peninsula for the first time, from 5th to 17th January 2020, it will feature two Dakar legends in the MINI JCW Buggy and a total of nine MINI race cars. Record Dakar winner Stéphane Peterhansel (FRA) – alongside co-driver Paulo Fiuza (POR) – is looking for his 14th success in total at the Dakar. Two-time winner and former world rally champion Carlos Sainz (ESP) and his co-driver Lucas Cruz (ESP) are also counting on the further-developed MINI JCW Buggy and the support of MINI Motorsport partner X-raid. Among those tackling the iconic event in the four-wheel drive MINI JCW Rally are Jakub ‘Kuba’ Przygonski (POL) and his co-driver Timo Gottschalk (GER), as well as Orlando Terranova (ARG) and Bernardo ‘Ronnie’ Graue (ARG).

The Dakar Rally 2020 consists of twelve stages, with the route following roughly 7,500 kilometres from Jeddah (KSA) to Al-Quiddia (KSA) via the Saudi Arabian capital Riyadh, where the competitors will have a rest day. About 5,000 kilometres of the route through the country’s deserts will be against the clock. 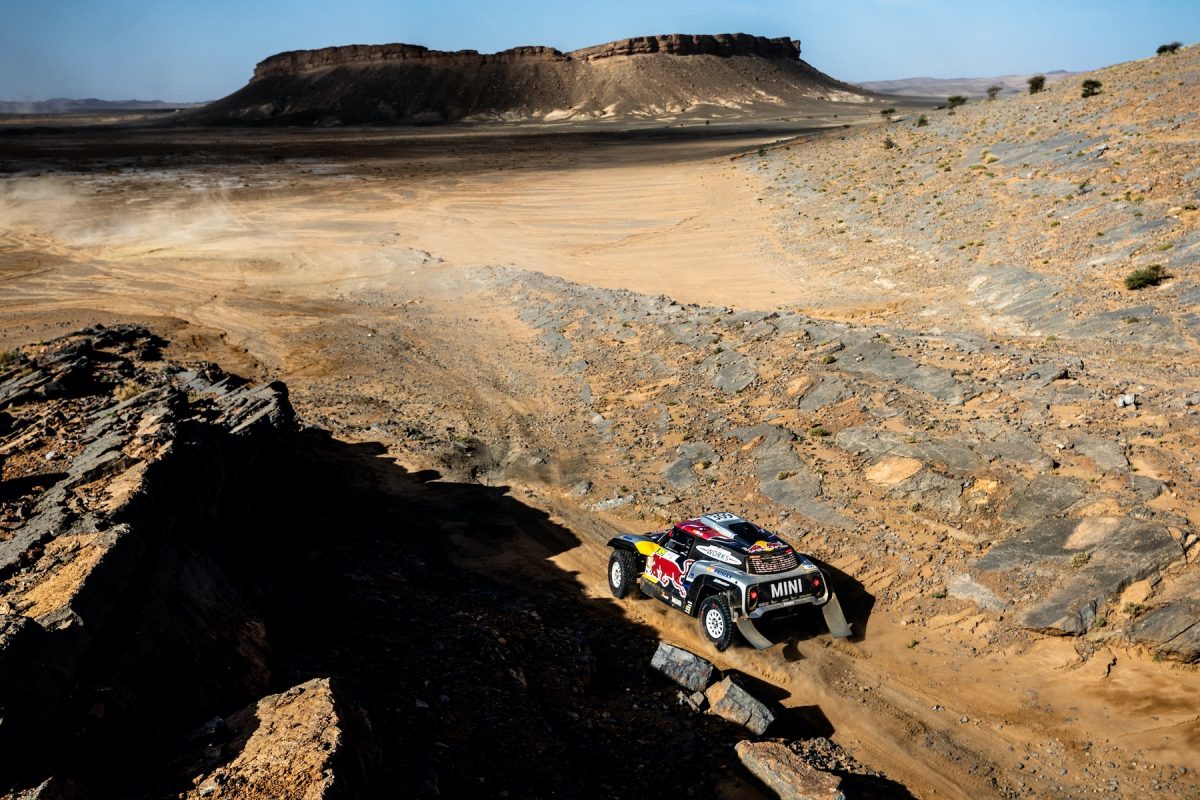 Peterhansel has won the Dakar 13 times in the past – six times on a motorcycle and seven times on four wheels. His successes include the first joint victory for MINI and X-raid in a MINI ALL4 Racing in 2012, and the successful defence of his title the following year. He had originally planned to contest the Dakar Rally 2020 with his wife Andrea Peterhansel (GER) in the co-driver seat. She herself was a successful rally driver in the past, under her maiden name Mayer, and navigated for her husband when the pair won the FIA World Cup for Cross Country Rallies in 2019. However, she has been forced to sit this rally out on health grounds. Taking her place in the MINI JCW Buggy cockpit is Portugal’s Fiuza. Sainz, who twice won the World Rally Championship before switching to off-road racing, took victory at the Dakar in 2010 and 2018.

For Przygonski, winner of the 2018 FIA World Cup for Cross Country Rallies, this will be the first Dakar Rally alongside German co-driver Gottschalk, who tasted victory in this event in 2011. Przygonski and Gottschalk have been competing together since spring 2019 and finished runner-up in the MINI JCW Rally behind their team-mates Terranova and Graue in last season’s FIA World Cup for Cross Country Bajas. Another two MINI JCW Rallys run by the X-raid team will be driven by Vladimir Vasilyev (RUS) / Vitaly Yevtyekhov (UKR) and local favourite Yasir Seaidan (KSA) with his co-driver Alexey Kuzmich (RUS). Aleksandr Dorosinsky (RUS) / Oleg Uperenko (LAT) will drive a MINI ALL4 Racing. Outside the X-raid team, Denis Krotov (RUS) / Dmitry Tsyro (UKR) and Vaidotas Zala (LTU) / Saulius Jurgelenas (LTU) will also put their faith in the MINI JCW Rally at the Dakar Rally 2020. 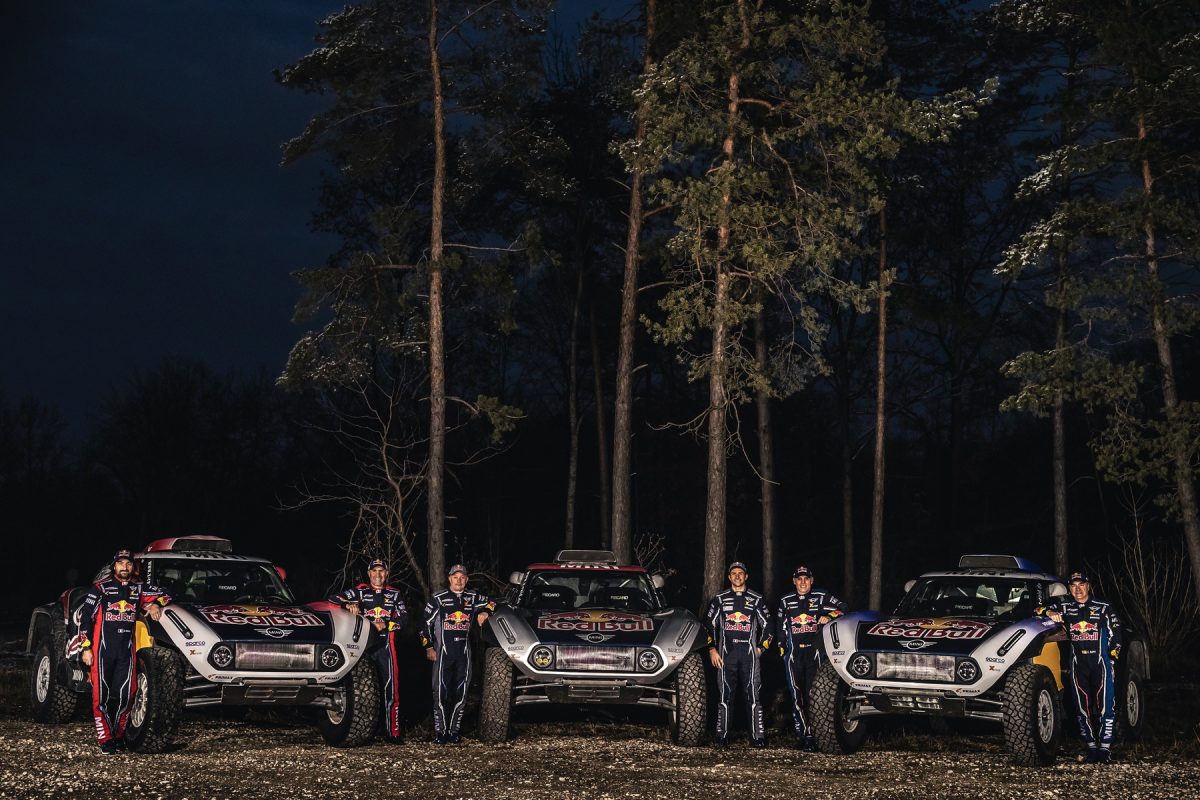 Quotes ahead of the 2020 Dakar

“We are obviously very excited about the Dakar in Saudi Arabia. It will be a new challenge for everyone. I experienced new landscapes and totally different routes a few weeks ago, on a small Baja around Riyadh. They were very fast, but beautiful. I am looking forward to it. Unfortunately, it is not possible to contest the rally with Andrea, as was planned, however I have known Paulo Fiuza for a very long time. According to the organisers, the navigation will be very complicated and play a major role this time. Following the latest tests in Morocco, I am very happy with the MINI JCW Buggy. Carlos and I are very evenly matched and I hope we can both challenge for victory at the Dakar.”

“I am very motivated. Preparations have gone entirely to plan. I am really looking forward to the start on 5th January, to a new country, and to the new challenges that await us. I am very excited about it and confident that this rally will throw up a few surprises. We have improved our car over the course of the year, and I hope that Stéphane and I will be able to mount two strong challenges.”

“After many years in South America, the rally will not only be taking place in a completely new region in 2020, but will also be going back to its roots. Long special stages, a lot of kilometres, and many new experiences await us in Saudi Arabia. It will be a difficult Dakar, at which our MINI cars will hopefully be able to demonstrate their reliability. In total, we are looking after nine MINIs. The goal is to get them all to the finish. To achieve more than that, you always need a little luck at the Dakar – and, of course, to drive cleanly and quickly. In Carlos and Stéphane, we have two drivers who not only have a lot of experience, but are also very familiar with the MINI JCW Buggy. As such, we should be well equipped to take on the challenges that await us. The same goes for the MINI JCW Buggy, which we have continuously developed and tested over the course of the season, however, last year’s winner Nasser Al-Attiyah remains the man to beat. We are looking forward to an exciting race, in which we will only know the winner at the very end, as even the final stage is a real test.”

Dakar Begins this Weekend with MINI Ready to Defend Title