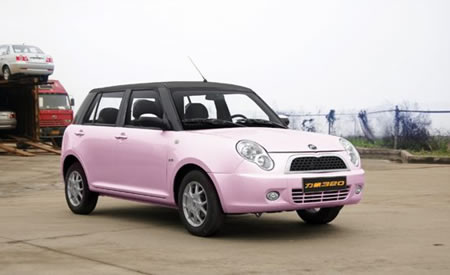 You must remember when we told you about Lifan 3 Series. It’s really getting built, has gone through a name change and will be debuting at the Beijing Auto Show according to Auto Blog.

>The production version of Lifan’s egregious MINI clone is set to debut this weekend at the Beijing Motor Show. The Lifan 320 as it’s called has an 87-horsepower 1.3L underhood that drives the front wheels alone. We’re sure that Lifan will point to the car’s standard 5-door hatchback layout as evidence that its not a true MINI copy, but let’s all be serious here.

Follow the link below for the rest of the story and more pictures that will make you shake your head.