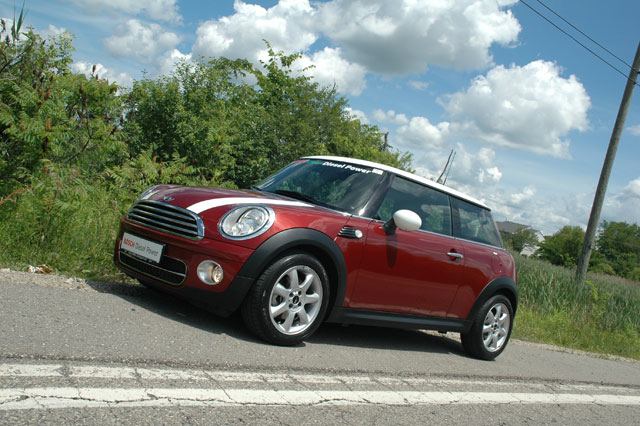 Bosch sure is being generous with it’s handing out of the test drives on the MINI Cooper D they have in the US for testing. This time, NextAutos gets a shot.

>We at Winding Road and NextAutos are always eager to test the diesel offerings from global manufacturers and we were grinning with excitement when the folks at Bosch offered us the keys to a Mini Cooper with a 1.6-liter diesel engine. According to Bosch, this Mini will achieve fuel economy numbers in upwards of 50 miles per gallon, which will shame many hybrid offerings currently sold in the States.

They were letting anyone drive it from the looks of it. This is what the Art Director had to say.

>I donâ€™t know that Iâ€™ve ever had as much fun in something so economical. Iâ€™d easily trade the dampened performance for the extra MPGs â€“ itâ€™s a no-brainer if weâ€™re talking daily-driver. Too bad we canâ€™t look forward to having these here in the states anytime soon.

Click through for the rest of the story and some great photos.

Thanks John for sending this in!

The Electrification of BMW and MINI