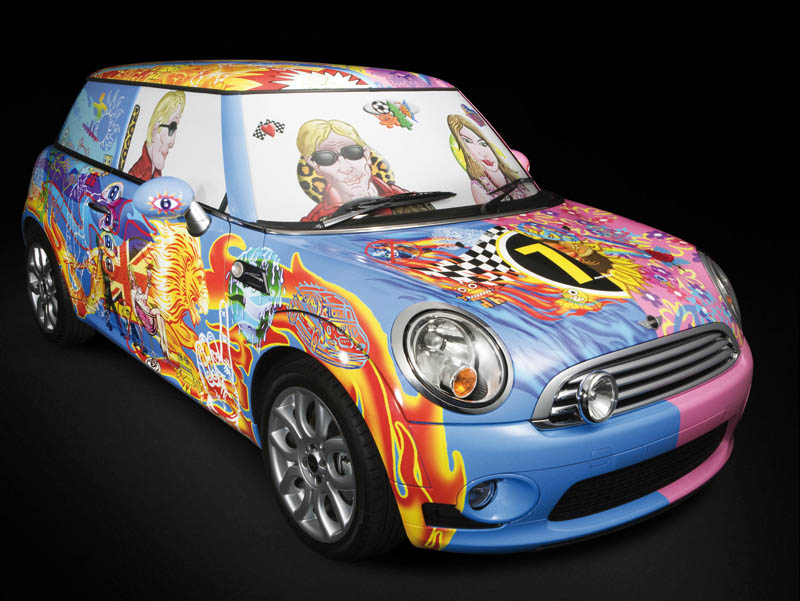 MINI Press Release: A unique MINI featuring a visually stunning exterior designed by legendary artist, illustrator and graphic designer Alan Aldridge, is now on show at the Design Museum in London. The MINI Aldridge Special is an exhibit in a retrospective display of Alanâ€™s work, entitled â€˜The Man with Kaleidoscope Eyesâ€™.

Alan Aldridge is known primarily for his creative work throughout the 1960s and 70s. Dubbed â€˜The Graphic Entertainerâ€™, Aldridge illustrated lyric books for the Beatles, album covers for The Rolling Stones, The Who and Elton John, was Art Director for Penguin Books and illustrated much-loved childrenâ€™s books such as â€˜The Butterfly Ballâ€™. 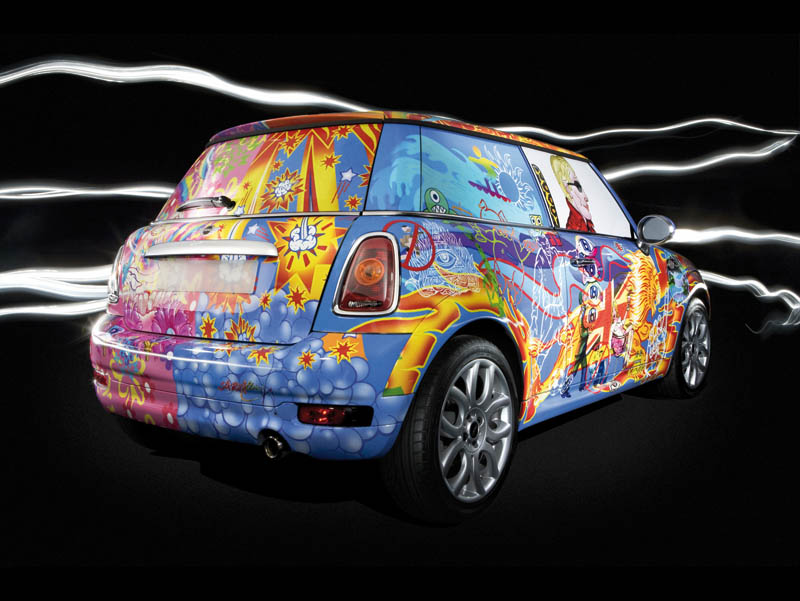 Now working in Los Angeles, Alan Aldridge was keen to mark the opening of his exhibition by recreating an iconic cover of the Sunday Times Magazine, which in 1965 featured a classic Mini painted in his own, inimitable style. The updated interpretation of this image, using a new MINI One as the canvas for Alanâ€™s design, featured in the 12 October 2008 edition of the publication. Again, warranting front cover status.

The MINI Aldridge Special is adorned with an array of images, shapes and patterns, each reflecting either a male or female theme, just as the 1965 car did. The design theme is split between each side of the car, the driver side being largely set on a blue background and masculine in appearance, with passenger near side artistry backed on pink. 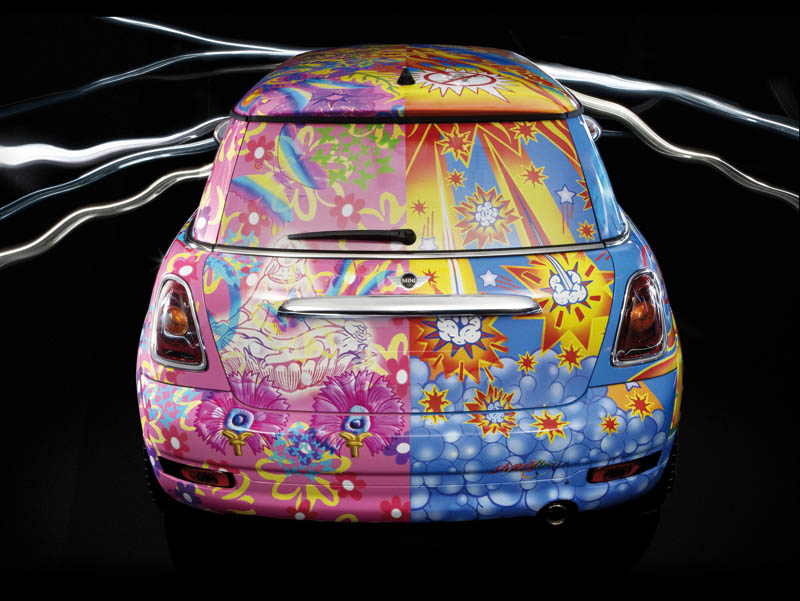 MINI UK General Manager Andy Hearn said: â€œThe work of Alan Aldridge is synonymous with some of the most important names in the history of British culture, so MINI is delighted to support this exhibition by offering Alan a car to work onâ€™â€™.

â€œMINI will be celebrating its 50th birthday in 2009, so this is the perfect way to begin celebrating fifty years of the car in the UK.â€

â€˜The Man with Kaleidoscope Eyesâ€™ exhibition runs until 25 January 2009. MINI fans and the British public will get another chance to see the MINI Aldridge Special in the metal at MINI United next year, the global MINI event which will be staged at a renowned British race circuit between 22-24 May 2009. Further details will be announced by MINI UK in the near future.