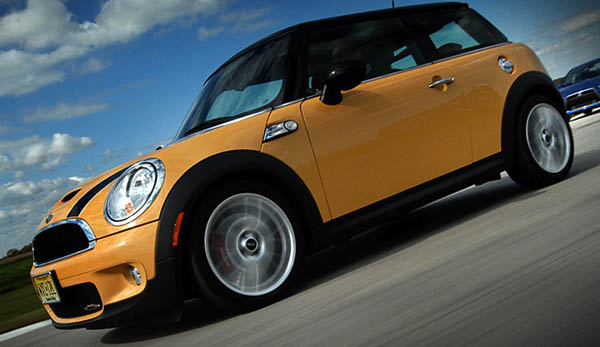 Ok we’re being dramatic. But really Motive seemed to try throw down the gauntlet against the new JCW. The results? We don’t want to ruin it for you but it’s a great read for MINI fans. Here’s an excerpt:

>The key to the Mini’s lively personality is its ability to do more with less. The retuned Cooper S 1.6-liter under the hood makes an extra 36 hp and 15 lb-ft of torque, but at 208 and 192, respectively, those are easily the lowest figures among these cars. Yet look at the track results, and you’ll see that the Mini hit the highest top speed and recorded the second-fastest lap of the day. Much of that is due to the JCW’s huge weight advantage, but it’s also the confident brakes that don’t mind being squeezed hard and late. Credit also the ContiSportContact3 SSRs â€” tires similar to those on the Cobalt, only slightly smaller (205/45R17) â€” and the sharp chassis, both of which allow elevated speeds in corners. The steering is the most direct of the group and the throttle responds quickly when the “Sport” button is triggered. The Mini provides constant and direct feedback through all of its controls and the free-flowing JCW exhaust spits and burbles and guffaws to further heighten the sensory experience. Said one of our drivers, an active racer of his first-gen Cooper S, “This is everything I want my Mini to be.”

You can read more below. And stay tuned in the coming weeks for our own review of the same car.