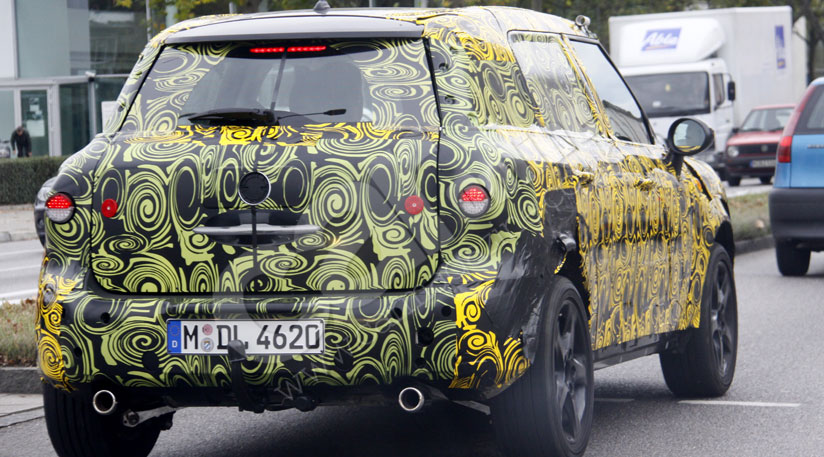 Car Magazine (always a favorite of ours) has some new photos of the MINI Crossover prototype that has been roaming around Munich. However a quick look at the rear of this particular prototype shows that this is indeed a different prototype than we’ve seen before. If you look closely you’ll see dual exhausts where there was only one on the previous R60 caught by Next Autos a few weeks ago. Could this be the R60 “S”? 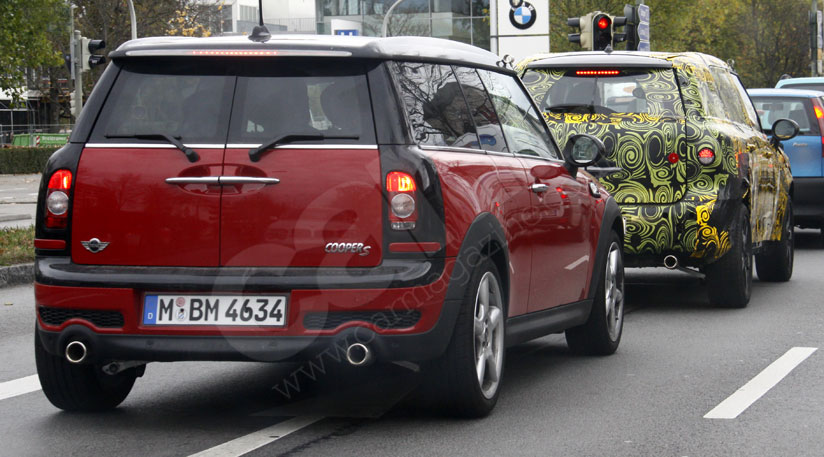 Also interesting about these photos are what is following the R60 prototype – a brand new BMW registered Clubman (you can tell by the plates). Normally BMW goes out of their way to hide the identity of the prototypes as their undergoing testing. Could this be an intentional move by BMW to show the overall size of the R60 in relation to a Clubman in response to criticism seen here on MF and elsewhere about the idea of a MINI SUV? If so this move does a great job in disarming those who thing the R60 will be another oversized SUV. As you can see it’s barely larger than the current Clubman.

You can see more below.

For more information on the R60, be sure to check out the R60 section on MotoringFile.