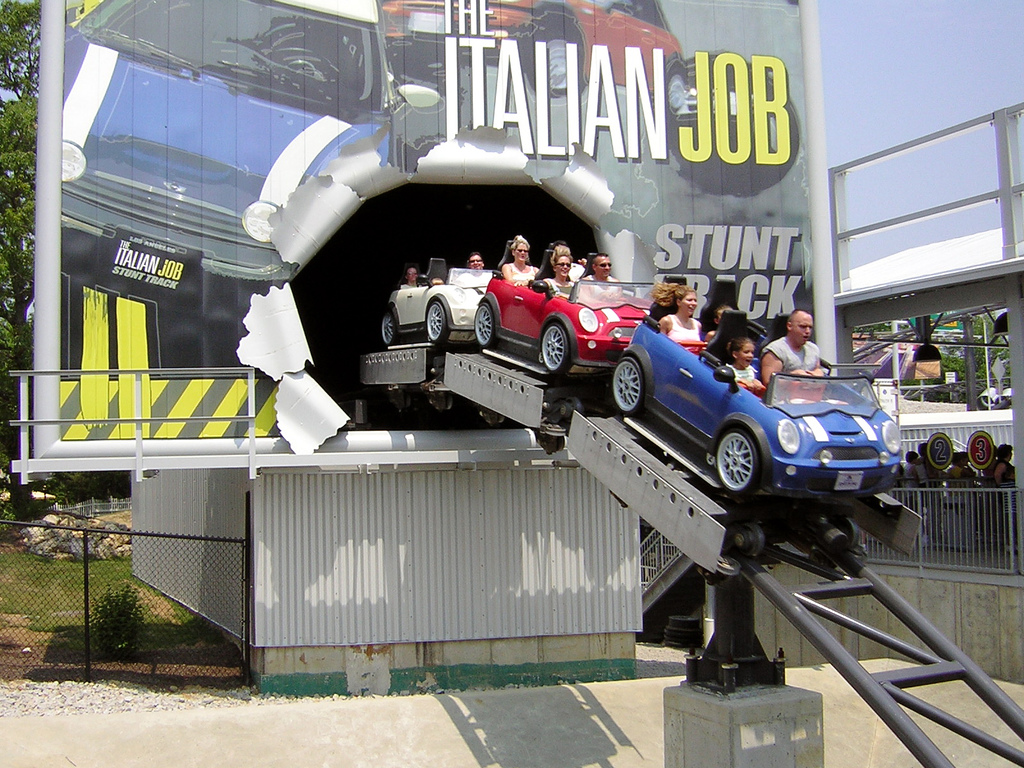 Surely some of you have had this idea. You’ve seen the Italian Job. You own a MINI. Why not? A TOFF student tried, drunkenly, and failed.

>But the posh prat came a cropper in the silver vehicle, given to him the day before by his rich parents.

>It piled into the steps of his digs at 30mph, causing the radiator to blow up, the two front tyres to burst and both airbags to explode.

>Six security staff, two police cars and a helicopter were scrambled to arrest the 18-year-old for drink-driving at 1am. A second student escaped from the car at Bristol Universityâ€™s Wills Hall.

Before the crash, there was more attempts at stunt driving.

>Earlier the pair roared around the halls at up to 40mph, shrieking with laughter in a 20-minute rampage over pavements and lawns. They woke other students who were furious.

_Thanks to everyone that sent this in_.