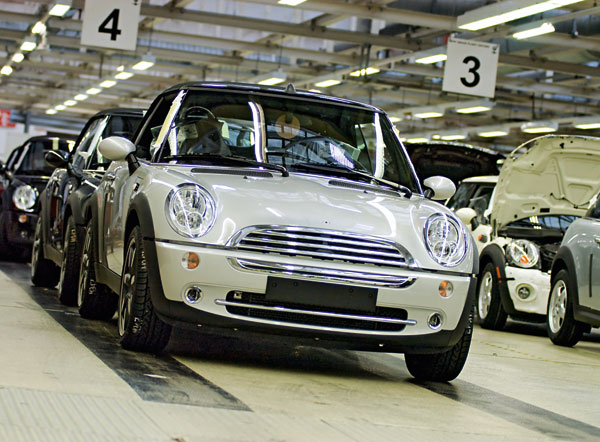 BMW Release: Since the production of the current MINI Convertible ended in August, the final units are gradually being removed from stock. Nonetheless during the past month 498 MINI Convertibles were still delivered to customers (prev..yr.: 2,147 / -76.8%). However, fans of the MINI Convertible will have to wait for the new model to be launched in the first half of 2009. Due to this temporary interruption in the MINI model programme, deliveries of the brand were 3.4% lower in October than for the same month last year. In the month under review, MINI delivered a total of 17,385 vehicles worldwide (prev.yr.: 17,989).