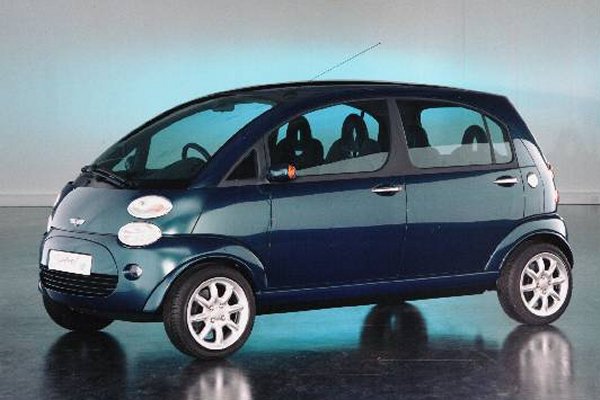 The usually rather unreliable Auto Express has the latest on BMW’s Project i and how it relates to MINI’s future products. According to the weekly UK mag MINI will be debuting an ultra efficient car that will feature several different propulsion systems including a full electric system. The engines will be placed in the center or rear of the car for maximum space efficiency. Much like the mid 90’s Mini Spiritual concepts seen above and below (created by Rover and designed by Oliver Le Grice before BMW went in the direction of the current MINI concept), the new micro MINI will feature the same spirit that led the original Mini to be such a ground breaker. Here’s an excerpt with a little more detail from the Auto Express Article:

>With its engine in back, petrol models will offer four seats and easy to access four door cabin. Individual chairs for driver and passenger will ensure safety is first rate, while the carâ€™s wheel at each corner stance promises to ensure the car feels secure and stable on the road. 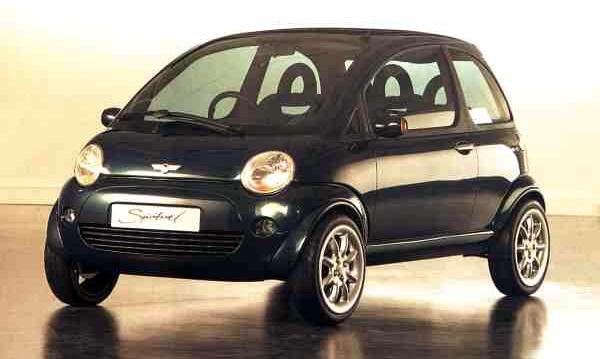 >Plenty of effort is being poured in to ensuring that visibility is as good as it can possibly be with a large glass area set to ensure that the car is as easy as possible to drive on congested city roads.

>Also under consideration is lightweight, tough plastic bodywork, like that fitted to the Mercedes Smart, while the carâ€™s chassis will mix aluminium and composite materials like carbon fibre to deliver enormous strength and light weight.

>Electric models could further improve the carâ€™s interior space by locating the batteries in a thin sandwich under the car, and placing electric motors in all four wheels.

>Technology to propel this version of the machine is reportedly already well advanced, and has already been publicly trialled in a prototype MINI called the E. This machine, which uses a battery and engine set up similar to that developed by American sportscar firm Tesla is set to be made available in small numbers in both the USA and Germany.

It’s eerily similar to that original Spiritual concept isn’t it? Spiritual was powered by an under-floor, rear mounted K-Series Rover engine, Hydragas subfame suspension and full four-seat capability in a package little bigger than the original 1959 Mini. With this new car BMW may just be admitting that the time has (once again come) to create something relatively revolutionary. Of course how revolutionary it really will be is up for debate. With the car sharing major components with a new BMW Isetta and potentially a new small Fiat (not to mention the other city cars already in the market from Smart, Toyota and Mitsubishi), it will be interesting to see how maintains MINI’s unique brand perspective on it all.

And let it be said that we don’t expect MINI to resurrect the Spiritual concept look seen above. We just find it fascinating that the new concept so closely aligns with something proposed almost 15 years ago.

Can a Smaller MINI Sell in the US? / MotoringFile

Are VW’s Diesel Sales in the US Making MINI Re-Think Their Diesel Plans?