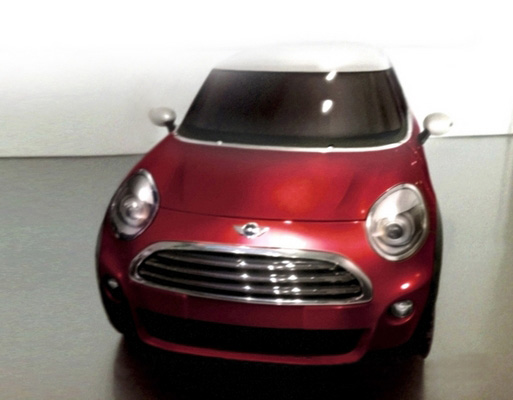 The French magazine “Automobile” claims to have acquired two images of what appear to potentially be initial design mock-ups the upcoming MINI crossover (coming in 2010 as a 2011 model). But there’s more here than meets the eye and we believe both of these images are not quite what they claim to be.

At first the exterior design looks like it could be the 3rd generation MINI (on target to be released around 2012. However upon closer inspection the height of the model makes it obvious that it’s more likely the front of the new Crossover. Of the two images here this is the one that seems the most legit of the two. 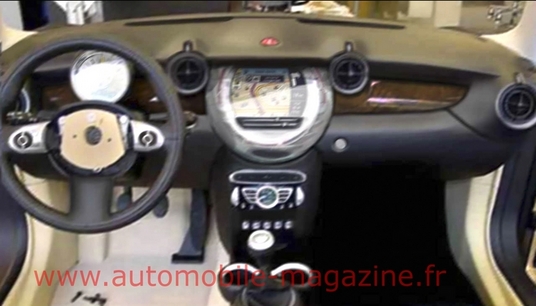 It’s the interior shot that really raised our suspicions. First off the interior clearly is based on the R56 design language with some nips and tucks here and there. However something looked familiar. So we took a look at the interior design images of the then unreleased R56 leaked back in 2005 (a full 2.5 years before the car’s eventual release). As you can see above in the leaked image from Automobile, someone has simply taken the 2005 image (seen below) and photoshopped some alterations. While these alterations may be taken from inside information, this is not really an image of anything but simply a sophisticated photoshopping job. 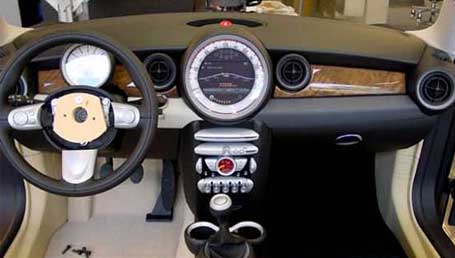 So what does all this mean? While there’s an argument to be made that this is either the R56 refresh or the 3rd generation MINI, our money is on the first image being an early version of the MINI Crossover. It’s clearly more aggressive and taller than the R55 and R56 and it shares a lot of its design language with the Crossover Concept.

The interior image clearly is a photoshop job and doesn’t really show much that seems relevant or even probable. For one BMW is going to 8.8″ wide navigation screens – what is seen here almost looks square. Furthermore the photoshopped trim area seems much less elegant and well proportioned than the current car or the R50. It’s a change we can’t imagine MINI design making.

We’ll have further information on the Crossover, R56 refresh and the 3rd generation MINI in the coming weeks. And as always we’ll be trying to see through the glossy images and bring you as much clarity as possible.