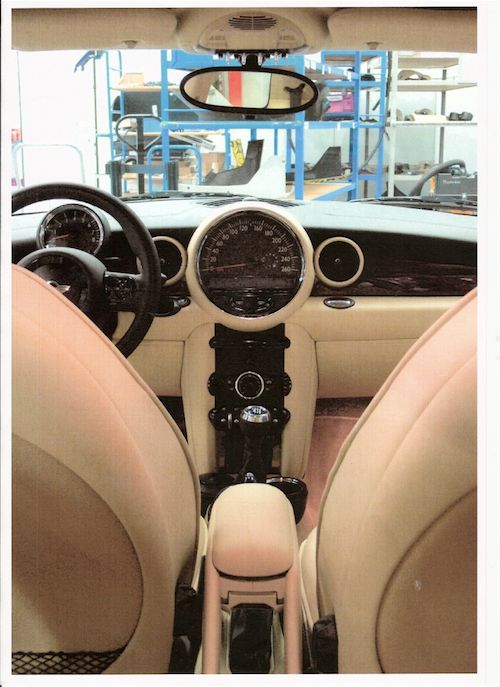 Last week we reported on the potential for a Rolls Royce branded MINI. Today, we have updated information and a few photos courtesy of Total MINI. While Rolls Royce is building a MINI, it would appear that full production is still up in the air. Theswitchback.com apparently spoke with a MINI spokesperson who confirmed that a Rolls MINI had been produced and is being considered but is still not been approved for production.

Apparently there has been one Rolls MINI already created for the famous Park Lane MINI dealership in London that could give us a glimpse into what the car could be if it goes into production. A member at Totalmini.com did managed to snap a few photos, like the one seen above. You can see all of the photos here. However we would stress that this is not the Rolls Royce MINI that we’ve been told about.

For what it’s worth our sources were fairly certain that the car was a go as of last week. In fact we were told quite a few dealers in the US have already been told to start taking names for an order list. That said we won’t know for certain until we get further word from sources at MINI.

AWD MINI Further Away Than Expected?