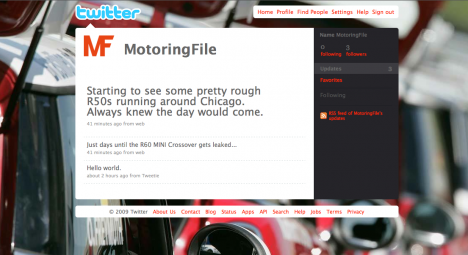 We’ve done Google maps, we’ve done Flickr and we’ve done Facebook. Now it’s Twitter’s turn. Yes MotoringFile is officially on Twitter as of today. Look for updates when stories post as well as rumors, opinions and generally things that we can’t quite mention on MF (for one reason or another).