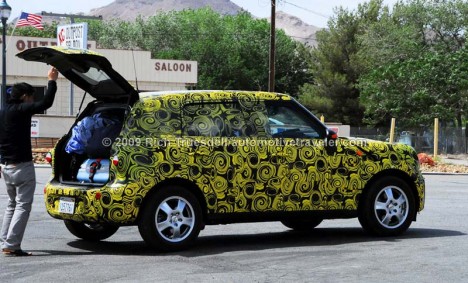 Over the last year we’ve been reporting that the new MINI Countryman crossover vehicle would feature a standard hatch similar to the R56 design. And during that time MINI has been continuously taping what looks to be rear door handles that mimic the Clubman’s “club” doors. Nevermind that they are usually crooked, they have fooled much of the automotive press over the past year (and a few MF readers). But as you see above courtesy of automotivetraveler.com, the secret is now out.

Look for our special report on the Crossover next week.