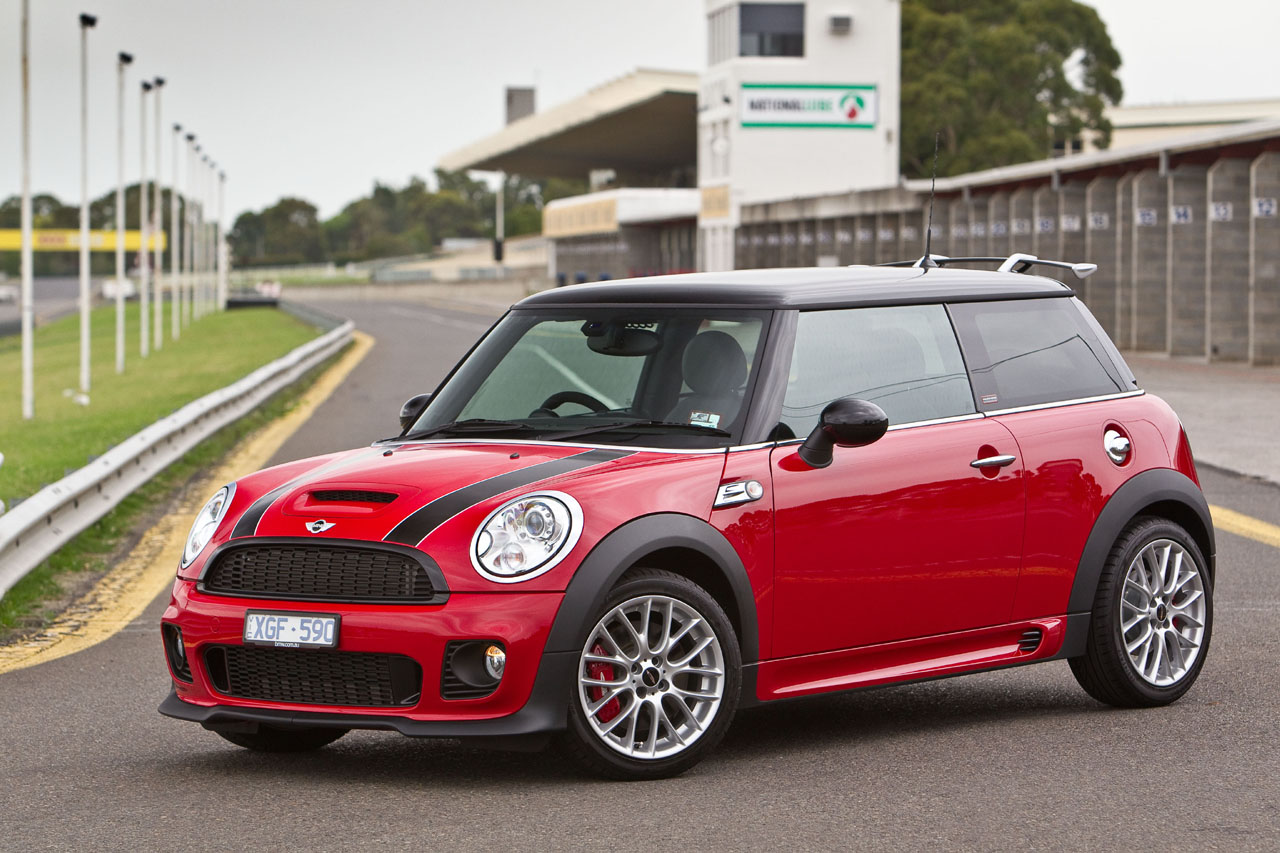 MINI of Australia this week released the JCW Challenge Edition meant to bring the factory JCW car a little closer in visual apparel to the JCW Challenge race cars. There’s no word on if we’ll ever see something like this in other markets but we do know that MINI USA (among other markets) will be tinkering with the JCW factory spec for 2011. Full release below.

In recognition of the pure pedigree that underpins MINI, the release of the MINI John Cooper Challenge Edition draws John Cooper Works even closer to the MINI CHALLENGE race car, both in its appearance and performance.

A testament to the strength and success of the MINI Challenge race series, last year the sales of MINI John Cooper Works reach unprecedented heights, accounting for 26 percent of MINI Cooper S Hardtop sales and 10 per cent of the entire model range.

The 2010 MINI Challenge season kicks off in March with the categories debut at the Clipsal 500 in Adelaide.

*Manufacturerâ€™s Recommended List Price is shown and includes GST and Luxury Car Tax (LCT) but excludes Challenge Edition extras, dealer charges, stamp duty, statutory charges and on-road charges which are additional and vary between dealers and States/Territories. Customers are advised to contact their nearest BMW dealer for all pricing inquiries.

The Science of Speed