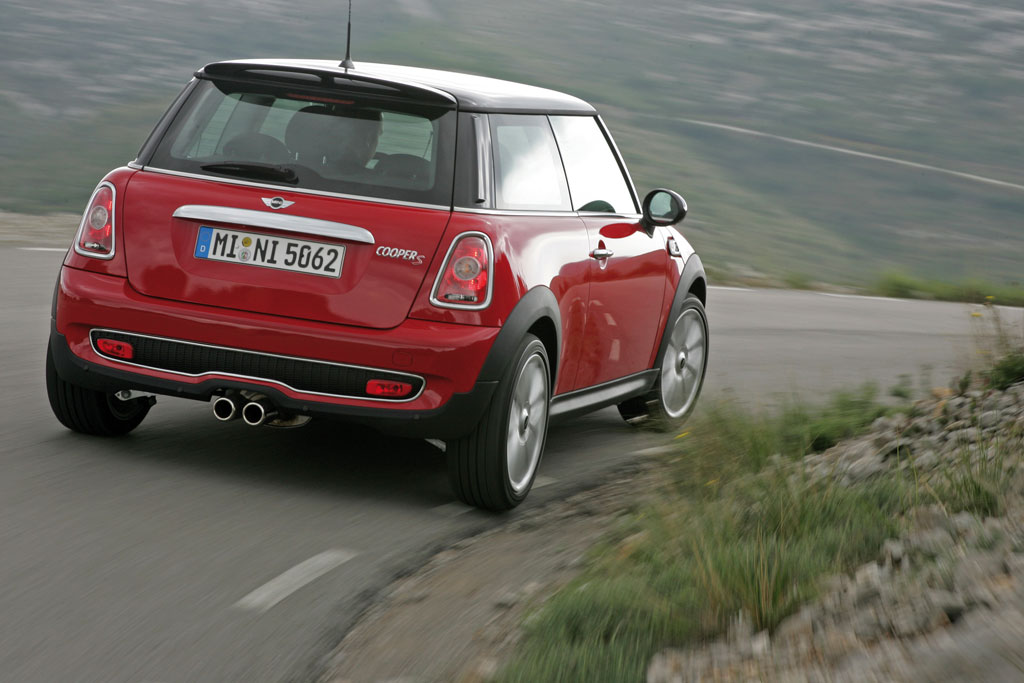 Today we’re introducing you to a new contributor to MF, Gregory La Vardera. Greg has the benefit of owning one of the first R56 in the US and thus will be one of the first owners to have a 2nd generation car out of warranty. So to celebrate this, he’s put together a list of warrantee work issues that R56 owners may have encountered since purchasing. The idea is to start the list and let it grow organically within the comment section via other owner’s experiences. From there we’ll take this and create our forthcoming R56 Buyers Guide (a la the R50/R53 Buyers Guide we released a few years ago)

The nature of manufacturing means that what one person sees, others are likely to see as well. I thought if we shared our experiences here and in the comments it could turn up some items that others might have missed, and ensure that owners have a chance to get them tended to under warrantee. My own Cooper S was delivered at the end of February 2007, the first S my dealer handed over. Over the past 3 years I’ve received outstanding service from my dealer who fixed anything I asked them to. So in that spirit here is a list of service work I’ve encountered in the past 3 years.

Note: I will expand the list with relevant items from everybody’s comments (marked From Comments).

I had no major surprises when I picked up my car. These items are so minor they are almost not worth mentioning, but at the outside chance someone else has overlooked them its worth listing:

Tow Hook Cover: The tow hook cover on the front bumper was loose on delivery. It did not seem like it was going to fall out, but there was play and you could move it visibly. I am not sure what they did about this but it was quickly resolved.

Filler Cap under hood Rubbing: A small black cap in the front left corner of the engine compartment, forward of the yellow dipstick cap,Â was rubbing on the underside of the hood and went through the color layer. It was resolved by loosening the clamp that kept it in place and moving it down a fraction of an inch. Service even touched up the paint.

Drivers Side Rubber Floor Mats: The rubber mats that came with my car quickly lost the velcro glued to the underside of the mats. The problem was simple – the velcro was stronger than the glue. The dealer put a new mat in and the velcro has stayed in place.

Front Seat Cover: I noticed at about 2 yrs that my passenger side cloth seat cover was starting to fray at one of the seams. This was very slight – a small patch of threads coming out of the seam. I raised it with Service figuring I just wanted it on the record when/if it split open wide, but they wanted to replace it immediately. Review the seams in your upholstery and make sure that nothing is opening up or fraying.

Cracked Seat Hinge Cover: This is the plastic cover that goes over the hinge where the seat tilts. This was likely broken when the seat cover was replaced, but it raises a general concern – when any work that involves trim is done you have to go over the work and check that everything is still whole. Its easy to break a piece of trim taking things apart and putting back together. I was tipped off about this when I found a plastic tab on the floor mat. It sat in the coin cup for 3 months before I figured out where it came from and realized the trim had broken. Dealer swapped it with no questions asked.

Rear Seat Cover/Baby Seat Hold-Downs: This was an unusual item and could easily be overlooked. At about 2yrs I noticed that I could see some of the rear seat pad showing through around the Baby Seat Hold Down fittings. On closer look it was clear that the cover was not torn. It was just that the fabric had sort of “settled in” and the edge of the fabric was no longer hidden behind the rim of the Hold Down fitting. The back seat had not been used that much so it was not worn nor torn, and it did not really look as if it had stretched. Service looked at it with me, and they agreed something was wrong. We opened up one of the 2009 cars in the showroom found that Mini had changed the design of the Hold Downs. The rim around the fitting had been make larger, the better to cover the opening in the fabric. Clearly a small design improvement had been put into production at some point. Service looked into trading out the fittings but in the end the entire seat cushion was swapped out. Check your hold downs – if the hole in the fabric is exposed revealing the foam pad then consider raising it with your service manager.

Chrome plating on interior trim: This was also unusual. The chrome trim ring at the top of my shift knob began to chip off at around 2.5 years. It was on the front of the knob facing the dash and I never would have seen it except that the edges of the plating were sharp as razor blades and I could feel it when I was shifting. My dealer was a champ and replaced it without question – the knob came with a whole new shift boot as well. So check that your chrome trim is not flaking off anywhere.

From comments – Sunroof Malfunction: Several people have reported that they have had malfunctions with their sun roofs. Although I doubt you would have missed this there is chance that somebody coming out of warrantee now had not used theirs all winter. So fire up your sunroof and make sure all is well before your last service.

From comments – Warped Hood Scoop: This has become a pretty well known problem. Turbo heat warping the resin hood scoop. MCS owners look at your scoop closely before your last service and make sure its not in need of replacement.

From comments – Cracked Fog Lights: A few comments mention that they had stress cracks, or condensation within their fog light lenses. Down on your hands and knees and have a look before you bring your car in.

From comments – 3rd to 2nd downshift: A few people have made the same complaint about their standard transmission making a “groan” sound on downshift from 3rd to 2nd. If that story sounds familiar realize that all is not normal there and make sure you put it on your dealer’s honey-do list before your last service.

Should not be limited by your warrantee period:

Start up noise: I first noted this sound in my journal on 6Mar, a week after I picked up my car. It was 16deg that day. I kept notes and made observations until I could reliably predict when the sound would occur. BMW issued the bulletin, the work was done, and its not returned.

Exhaust pipe tips: This generated quite a bit of discussion on MF. I opted to not have this done when my car cycled in for other maintenance. Watch your shins.

routine items to align with your last warrantee service:

Wiper blades: Even simple things like this are included in your maintenance, so don’t suffer streaking wiper blades, and make sure to leave your last service with fresh ones.

Tire Rotation: My run-flats are used up and I’ll finally get to replace them this spring. My tires wore pretty evenly and so I think they were only rotated once. Make sure to have it checked and swapped if front or back is wearing faster.

Oil Change: the OBC was calling for oil changes at about 18,000 mile intervals for me. Crazy, I know. I paid for a few changes in there and added a few quarts between changes along the way too. I tried to keep it to 7k. If yours are stretching out long watch your oil level between service, and see if you can’t time it to have one last change under warrantee.

Brakes: I happened to go through my brakes in 29k miles, just within my last weeks. I left with new pads and rotors. It might be worth checking with your dealer to see what the OBC reports as left in your brakes. If you are a few months out and brakes nearly worn, then favoring the brakes over the clutch for the last few months of warrantee may help you squeeze a brake change into your service.

Battle of the Road Trip Cars