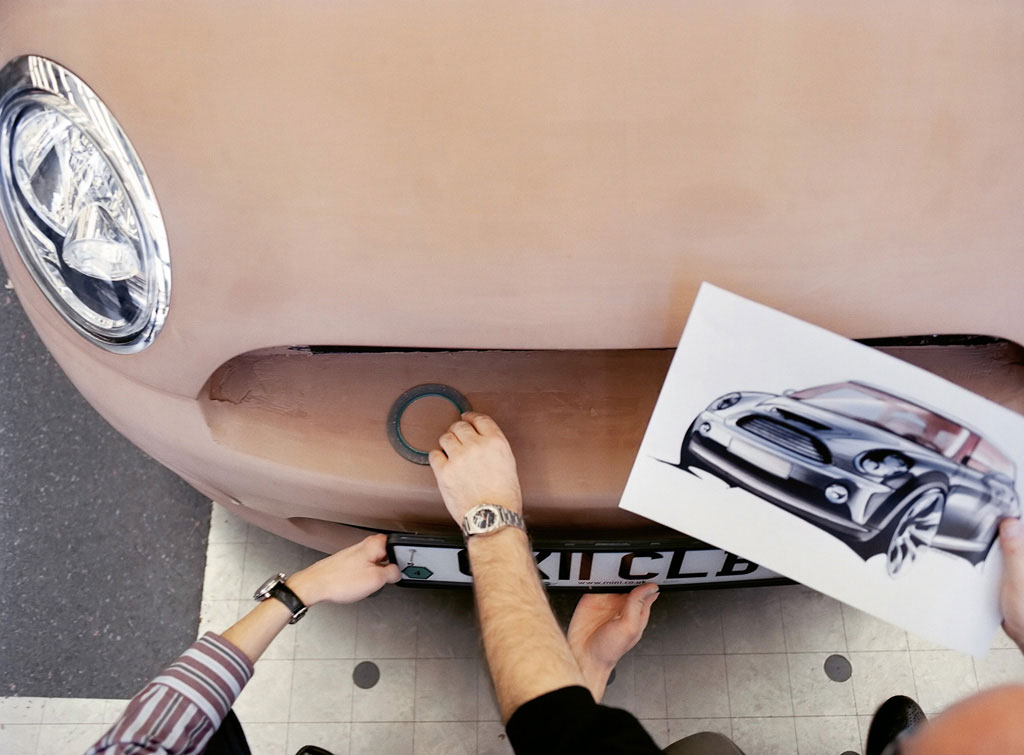 MINI has been a surprisingly big success for BMW. It started with the improbable R50 being designed and engineered during a time of intense turmoil at Rover and then BMW. It continued with a new engine and vastly updated and improved chassis with the R56. But those changes pale in comparison to what we expect to see with the 3rd generation MINI due in the fall of 2012 as a 2013 model in Europe and potentially a few month later in other markets (i.e. the US).

In this article (the first in a two part series) we’re going to take a look at the chassis development and high level design ideas behind the new MINI. Next week we’ll dive into drivetrain, interior and electronics changes. 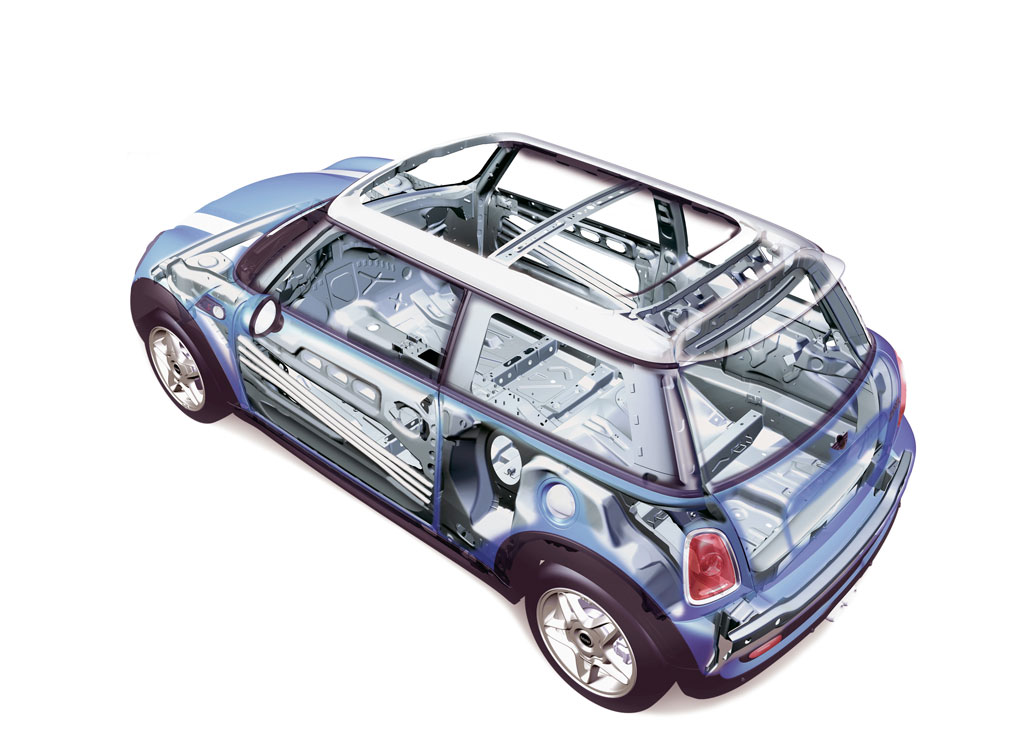 The R50 chassis was designed primarily by a team at Rover in the UK in the mid to late 90’s. The R56, while thoroughly updated, carried over much of the basic architecture of that original design. But for 2012 BMW has big plans to bring the MINI more into the BMW family of products.

At a high-level this means that BMW will be creating a common platform for models that span the BMW, MINI and potentially even the iSetta sub-brand that BMW intends to bring to market for urban areas.

These products will be created using a common architecture that will spawn both front and all-wheel drive products.

What does that mean for the MINI? MINI’s R56 and R57 replacement will be based on the same platform that will spawn new small car variants for the BMW and potentially iSetta brand. The rumored “0” series (which could be the iSetta) is likely to be based heavily on the 2012 MINI for example.

Is this good for MINI? Unquestionably BMW needs to create more efficiencies within their brands in order to for further investment to make sense. What this gives MINI is the ability to update the core platform that underpins most of their product offerings. Presumably this allows for BMW to spend more on MINI than they otherwise would. Does this mean a lighter stronger structure? Certainly those would be the type of things that we’d expect from a more modern platform.

Interestingly this new platform that will spawn the next MINI will be used throughout the BMW Group in a number of ways. Specifically it’ll be capable of not only front wheel drive and all wheel drive due to the flexibility of it’s architecture. To be blunt we don’t know what this means for MINI but we do know that it should be (theoretically) easier to leverage components from one product to another if they share the same basic architecture and drivetrains. 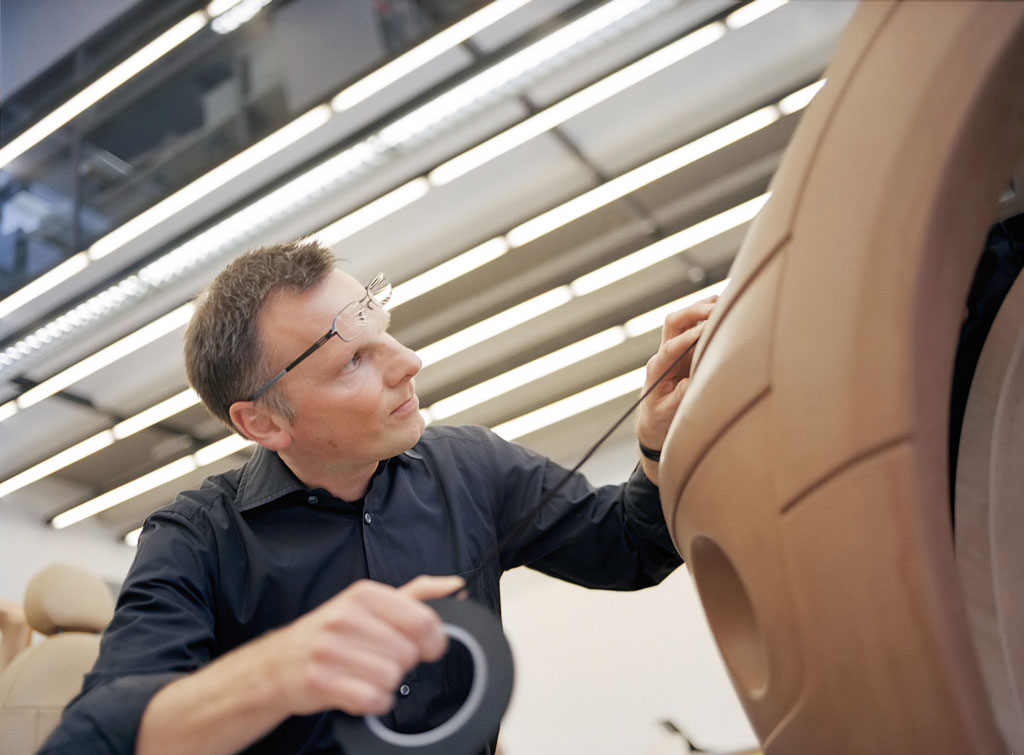 We don’t know any details but we’ve heard some vague information about what to expect for 2012. However one thing we have heard is that the next generation MINI will be staying the same size as the R50 and R56 and roughly the same weight (if not getting slightly lighter).

Now lets talk about changes. The design will continue to evolve especially in the front. One rumor we’ve heard is that the xenon headlights will incorporate some type of LED daytime running light technology similar to what is seen in BMW or Audi products. Also look for a larger and slightly more aggressive front grille both above and below the bumper on the MCS. Also on the Cooper S will be integrated into the bumper will be cooling ducts for brakes (likely introduced in the R56 refresh later this year). LED lights should also make their way to the taillights.

Finally sources are telling us that general shape is expected to be classic MINI yet more “dynamic” looking as compared to the current model.

Check back next week for a full look at the next generation MINI electronics, interior design and powerplants and some surprising changes in one key number

The Light Ring – An Exclusive Look at MINI’s Latest Tech