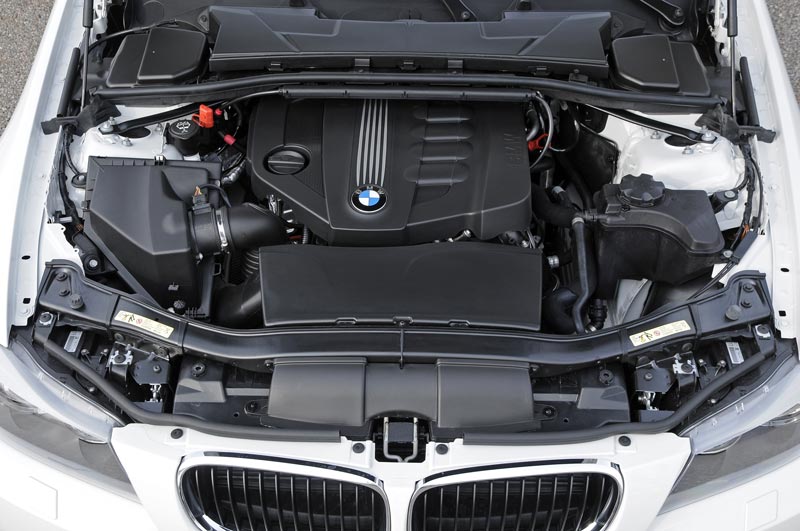 One of our sources at the Oxford Plant just spotted a Spice Orange (MINI’s new orange we told you about for 2011) going down the production line. What does this mean? It looks likely that this is a pre-production version of the MINI Convertible D that we’ve heard rumors going back to 2008. But more important is what’s under the hood. Our source told us that the turbo is at the back with the airbox in the. What does this mean? For starters it’s clearly not the Prince 1.6L diesel we know. Looking closer our source was adamant that it appears to be a four cylinder diesel similar (if not identical) to the 2.0L diesel found in the 320d. That car has 163 hp and gets 68.9 mpg imperial combined (that would be somewhere in the low 40 mpg range US). This is entirely inline with everything we’ve heard and reported from sources over the past year. In fact we’ve had several people tell us directly MINI intends to create a higher performance diesel that will be marketed as a Cooper S D. Is this it? Only time will tell.

Of course for our readers in the US, if it comes to market, it won’t be coming here.

We’ll have more on MINI’s 2011 refresh in the coming weeks. In the meantime check our previous reports here: Part 1 and Part 2