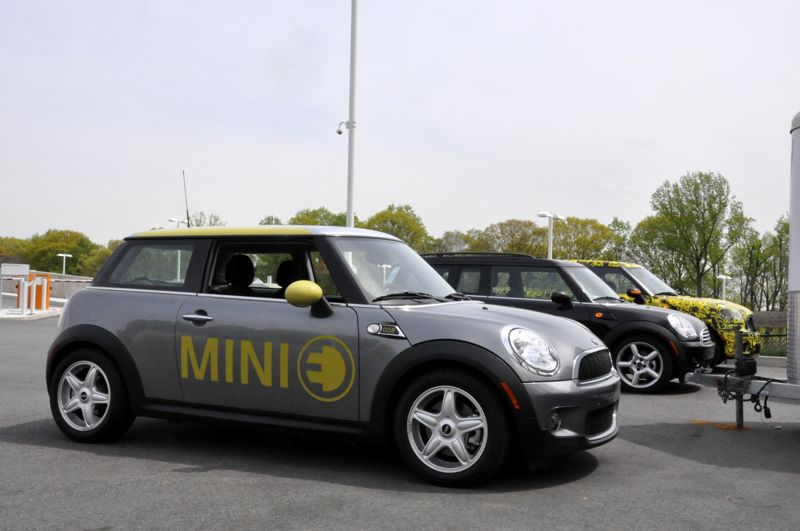 The MINI E is really nothing more than a test bed for BMW. But it’s a rolling test bed that performs at a level above almost any electric car on the road. Yes it’s no Tesla. I can personally verify that the insanity of putting your foot down in the Tesla is nowhere to be found in the MINI E. Neither is the range with only 100 miles full topped up with electricity (vs almost 200 for the Tesla). But what the MINI E does do is bring electricity to the masses.

It may be hard to see that now since they are simply leased vehicles ($850 a month) but if you look at the cost of the Tesla it’s apparent that the MINI E is coming to market at a lower price-point while offering a similar zero emissions experience. 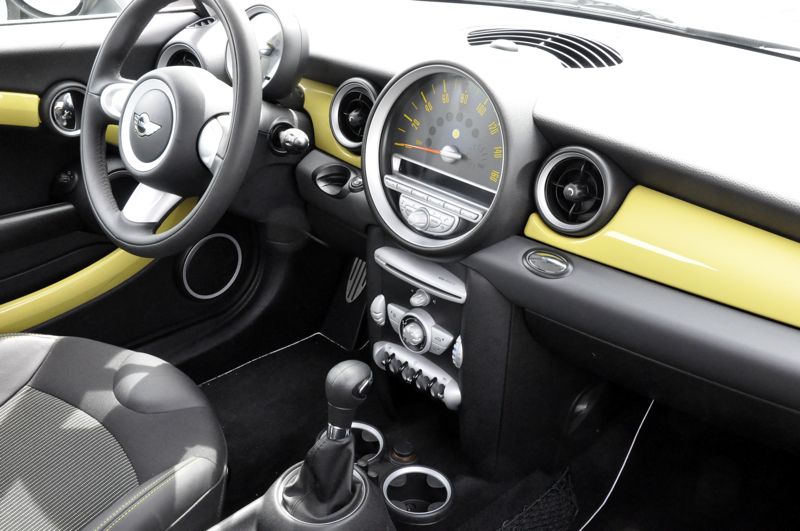 Driving the MINI is a combination of strangely familiar and strangely futuristic. Yes it still feels like a MINI. However there’s this odd combination of Cooper S torque mated with Cooper performance and an extra 500 lbs of batter whirring away behind you. Then there’s the sound or lack there of. I had the same feeling while driving the Tesla. It all just felt like a part of some utopian future. It’s amazing how a lack of sound completely changes your driving experience.

The one area that was the most foreign has to be the abrupt and aggressive brake regeneration. In fact the MINI E is the most aggressive electric car out there in terms of regeneration. And some of that has to do with BMW wanting to get a certain amount of range out of the car and dealing with a chassis and overall design that wasn’t intended to be electrified. What does all this mean? The moment you take your foot off the accelerator regenerative braking starts. That translates into the feeling that someone is moderately putting their foot on the brake and thus sending more electricity back into the system. It’s so abrupt that MINI designed to activate brake lights when you lift just so other drivers are aware of the slow-down. I get the feeling few particularly like the level of braking but BMW seemed to see it as a necessary evil to achieve the 100 mile range. We’re guessing that BMW’s next electric product, the 1 Series based Active E will either be adjustable or a little less aggressive.

It’s also important to note that the MINI E doesn’t handle like a Cooper or Cooper S. The weight of the batteries in the center of the car make sure of that. But the experience isn’t entirely different. For starters the weight distribution is a little more 50/50 but the weight penalty takes away any performance advantage. Torque is also in abundance o the MINI E. In fact BMW employs some special engine management that seems to build torque as you stomp on the accelerator. I’m guessing this is to help with the huge torque steer that car would have. But try as they might, the torque steer is still readily apparent. If you thought it was bad on the Cooper S, don’t even think about ever getting behind the wheel of a MINI E. 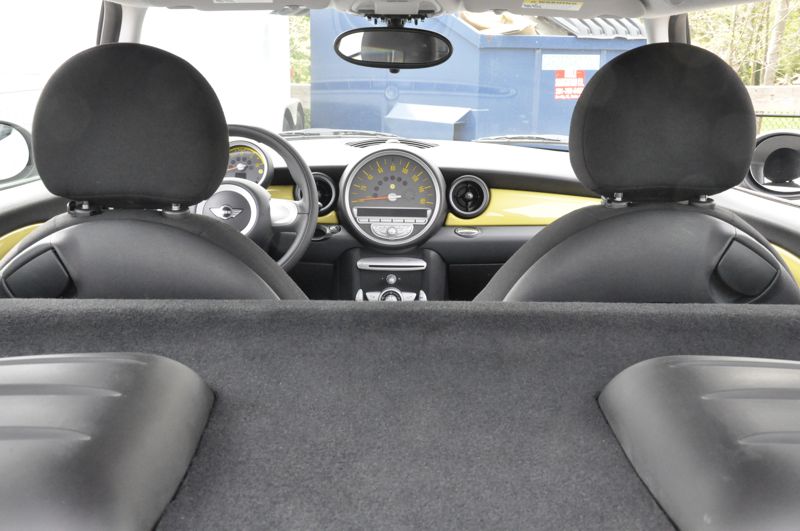 At the end of the day the MINI E is a remarkably polished product for being a “field study”. The fact that BMW is basing their upcoming “megacity” vehicle on MINI E learnings (primarily from the US market) tells you how important this vehicle is for the company. The result may not be perfect but it more than serves the purpose of a glimpse into the future.

Review: MINI Countryman JCW vs the BMW X1 and X2