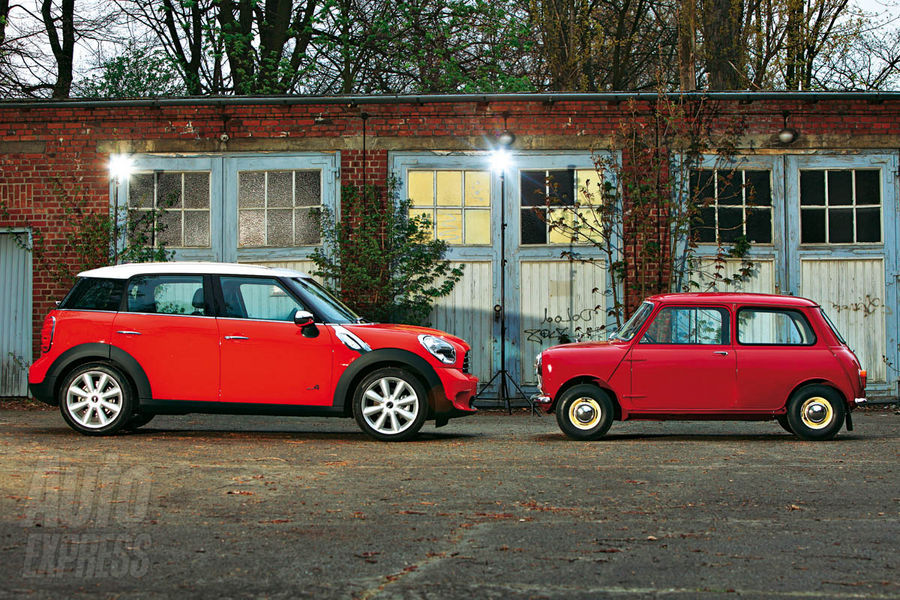 Autoexpress got BMW to lend them a new Countryman (this one being the Cooper D in All4 form) for a quick photo session next to an original Mini. The result? Well since they weren’t allowed to actually drive the car the only conclusions made where the following:

So when can we actually expect driving impressions of the new Countryman? Sooner than you think. In fact MotoringFile will be in Austria next week to drive all flavors of the new MINI Crossover and bring you a first take on the most important new MINI in years.