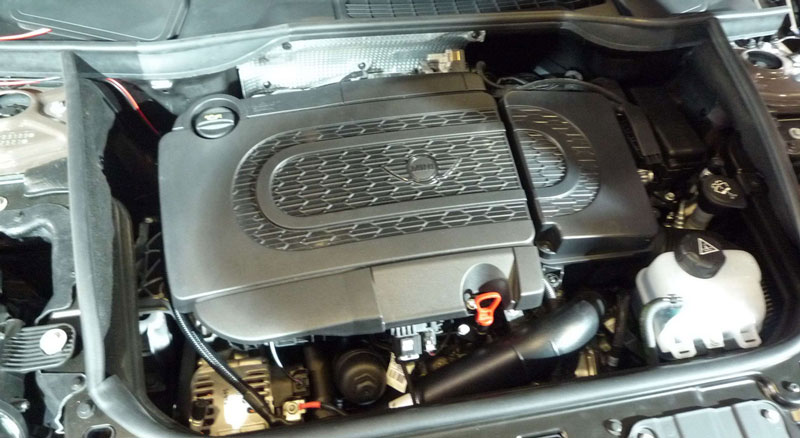 For over a year now we’ve told you about MINI’s plans for a high performance diesel to wear the moniker Cooper S D. In fact the MF Diesel section is riddled with articles showing you pictures of the engine (it’s a modified 2.0L BMW diesel mill) to the actual test cars. Now it would seem BMW is finally ready to put the engine and the models on the market.

With 2010 all about the refreshed R55, R56 and R57 models, MINI has decided to wait to release the Cooper S D model until the first quarter of 2011. We expect the R55, R56 and R60 to debut with the new engine at the Geneva Motor Show in March of 2011 and for sales to begin around the same time. We may even see it in the R57 convertible if rumors are to be believed. However the one place we know we won’t see it is in the North American market. Since the engine won’t be shared with any other BMW models in the US, federalization costs would have been too high. Furthermore MINI USA is putting all their efforts into making sure the new 3 Cylinder engines for the next generation MINIs (due out in late 2013) match or exceed most diesel powerplants currently offered.

We expect the MINI version to match the 318d BMW version of the engine with around 141 hp and 230 ft lbs of torque. Oh and efficiency? We don’t have specific numbers that convert into Imperial or US MPG but we would expect something over 50 mpg in the UK and 40 in the US.

Image courtesy of our friends at Bigblogg