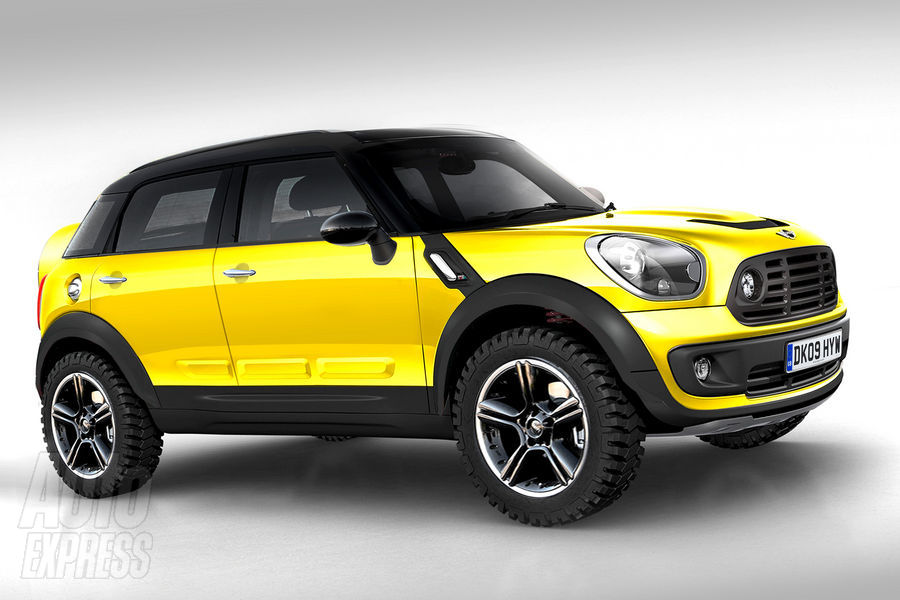 UK Automotive tabloid Autoexpress has long held a tradition for being the most sensationalist automotive weekly in the English language so it’s with that knowledge that we share the following information. The British weekly magazine is reporting that MINI intends to create a seven seat version of the Countryman. Their rational seems to be nothing more than a off-handed comment made by MINI Head Dr. Wolfgang Armbrecht at the recent Countryman launch. However the comment and the figure thrown out by the good Dr. doesn’t seem to add up to seven seats. Here’s the quote from AE:

>According to Dr Wolfgang Armbrecht, global head of MINI brand management, the Countryman could definitely be made even bigger. â€œWe could take the wheelbase from 2.60m to around 2.70m,â€ he said.

Yes 10 cm is just under four inches. And with that amount of additional wheel base Autoexpress believes MINI can stretch the already small Countryman enough to accommodate another row of seats. The only way we could see this possible would be to add a row facing rear-ward. Of course BMW has always shied away from doing this in their wagons due to safety issues. But nevermind those little details.

Instead we believe Dr. Armbrecht’s comments were a sly mention of the concept that has become known on MF as the SpaceBox. While that name has long since been shelved internally the idea of a BMW 5 Series GT type of vehicle (with maximum space in tall wagon shape) has gained momentum now that the Countryman is through development.

With the Countryman being a unique (and expensive) platform MINI intends to leverage it every way it can. That means we could see up to four variants in total:

The Moke (name not finalized) will essentially be a Beachcomber concept with doors and a very large sunroof. The next Clubman will continue to be the “other” MINI but will grow in size and offer more room and comfort. The SpaceBox (again name yet to be finalized) will be the ultimate people mover MINI. Originally conceived along the lines of an old VW van, the SpaceBox will take the big on the inside approach to the extreme.