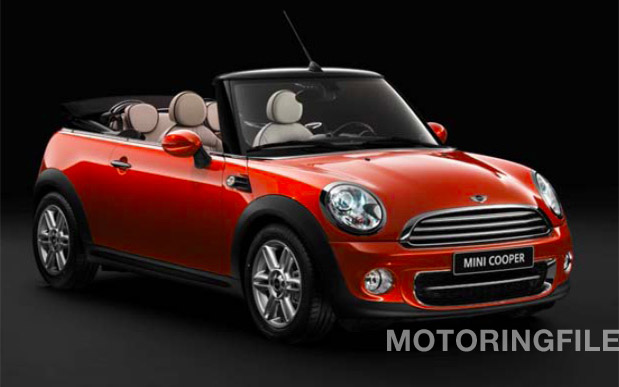 Here it is, the 2011 MINI Cooper (Cooper S and JCW photos are coming later today). Thanks to our good friends at Bigblogg we have a sneak peak at the coming 2011 MINI refresh. Last week we saw a clear look at the Cooper S, this week it’s not just a clear look but final official photos of the 2011 MINI Cooper (in this case finished in the new color Spice Orange). The revised head lights and tail lights (LED) will naturally be shared between all models of the MINI but the front valance seen here is 100% unique to the Cooper. The R56 Cooper, R55 Clubman and R57 Cooper Convertible will all share the front design while the rear lights will be unique (as will the Clubman’s rear valance). (Rear photo after the break) 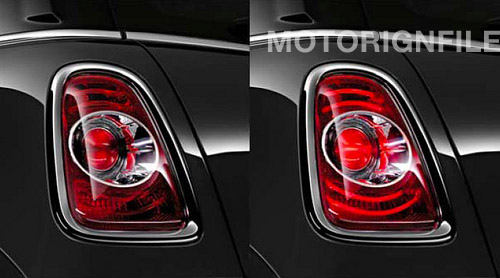 The Cooper’s revised 1.6L naturally aspirated engine will move up two horsepower to 122 hp. Yes it’s just a slight increase but there are a lot of changes under the surface. The naturally aspirated 1.6L gets a new map regulated oil pump that adjusts pressure and volume based on needs of engine (and not just engine speed as before). It results in a 3% fuel savings and allows for the whole system to heat quicker in cold weather (due to it not engaging in cold starts when it’s not needed).

The MPG ratings haven’t been released yet but we expect final figures to be around 2 mpg higher on the highway.

We’ll also have a larger article up soon with more details and more photos next week. In the meantime look for photos of the Cooper S and JCW models later today.

Update #1 from the BMW/MINI Press Event