Back in the 1960s, John Cooper’s tuning abilities made the small, sprightly BMC Mini into a monster. Â The small wonders dethroned the winning combination of Erik “On the Roof” Carlsson and the Saab 96 after two consecutive Monte Carlo victories. The Mini’s success was no fluke as the results were repeated in 1964, ’65 and ’67. Â In 1966, the Mini-Cooper S cars driven by Timo MÃ¤kinen, Rauno AaltonenÂ and Paddy Hopkirk were disqualified on a homologation technicality. Â According to the BBC:

[They] were all ruled out of the prizes – with six other British cars for alleged infringements of complex regulations about the way their headlights dipped.

…The British cars were disqualified because they used non-dipping single filament quartz iodine bulbs in their headlamps, in place of the standard double filament dipping glass bulbs, which are fitted to the series production version of each model sold to the public.

Otherwise, the Minis would have taken first, second and third. Â The scandal rocked the Monte Carlo Rally and cast doubts on its future because of this terrible upset. Â The driver who was awarded 1st place, Pauli Toivonen, quit racing for his sponsor Citroen because of the scandal. Â Reportedly, he did not talk about his victory because he felt it was undeserved.

With this kind of fabled past behind it, BMW’s MINI created a marketing image built upon the rally days of the 1960s. Â In 2004, MINI celebrated its’ Monte Carlo victories with the MC40 edition Cooper S, including vintage-style rally numbers and badges. Â But, despite the success of the brand what they are lacking is a presence in modern motorsports.

Manufacturers want to compete for dominance in racing because it can directly translate to moving product from the showroom. For an example, look no further than the ascendence of Audi as a street car producer parallel to its success as a racing car company. Their LMP1 cars won Le Mans 9 out of 10 races so far this decade. Un-coincidentally, Audi’s sales figures rose to higher than ever before in the history of the company, transforming an also-ran into a real competitor for BMW and Mercedes.

The problem boils down to the fact that the modern MINIs don’t have all wheel drive technology. Since Audi introduced Quattro all wheel drive in 1980, rally racing hasn’t been the same. It’s a requirement in the sport. And although Getrag experimented with an AWD R53 (read about it here) back in 2004, MINI have decided to stick to FWD on its cars up until the announcement of the (pardon me while I whip this out) MINI Cooper S Countryman All-4. Â As a platform that was developed with AWD in mind, the Countryman is ideal for a rally car. And that is what, no doubt, got the attention of Banbury, Oxfordshire-based automotive technology company Prodrive.

Prodrive has been in motorsport since 1984, when they started with BMW, MG and Porsche cars. Â This decade, it was responsible for the formation of Aston Martin Racing. Â The team-up led to two 24 Hours of Le Mans wins (2007 and 2008) in the GT1 class.Â  Prodrive were also behind the 6 WRC titles of the Subaru World Rally Team. Â If you’ve ever seen a boy racer in an electric blue Impreza WRX with gold rims, you can blame Prodrive. The amount of cachÃ© given Subaru by its racing team can scarcely be quantified in dollars. Subaru’s mindshare today is due to the work of Prodrive.

And if you have any doubts of their mastery of anything on wheels, look no further than the Prodrive P2, a prototype sports car: 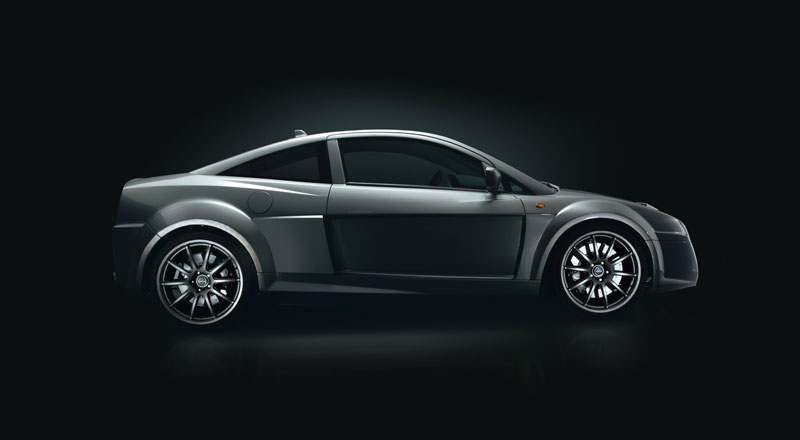 I would give you the details but the fact that it made Jeremy Clarkson vomit should sell you on its badassness:

It was a happy marriage between Prodrive and Subaru up until late 2008. During the global economic crisis, Subaru cut its WRC team in order to save some bread. BMW left F1 about 6 months later in order to shift money over to develop green technologies and to participate in production model based motorports. Who knows who contacted whom but all of a sudden, reports started surfacing of a collaboration between MINI and Prodrive on prototype Countryman models. As reported here, the latest news was an unveiling next to the official coming-out party for the production Countryman cars at Geneva. Unfortunately, March came and went with nary a peep from Prodrive or MINI in regards to the vehicle.

Whenever this car is set to be shown to the public, it is for certain that it will make its debut for the 2012 WRC season. More stringent homologation rules are being put in place and undoubtedly this means the Country(men) seen on the street will be more than a little similar under the hood to those being thrashed on the circuit.

A return to motorsports means that MINI can proudly wear its rally history as a badge of honor, while racing technologies might even make their way into the John Cooper Works stable of cars. Given the weak reception of the R56 JCWs, this means that the ‘surfboard’ might soon carry some weight among automotive enthusiasts, much akin to the reverence the STi badge garners today.

In summary: Prodrive is British, makes rally cars that have a history of winning, and they’ve got a MINI in the oven. Hold onto your hats.