Based on this BMW have invested in these three segments more than any other over the last few years. For the small City Cars it will be a three way attack with both the MegaCity vehicle, small BMW and the MINI. The C-segment is the 1er and D-Segment will be the 3er. Since the eruption of the global financial crisis one pattern discovered is that in most cases especially for BMW is that owners were downsizing. That means instead of buying the new 5 Series they’re looking at a 3er and instead of an X5 they’re looking at the X3 etc.

It is this line of thinking that has prompted BMW to invest in smaller vehicles. But beyond that BMW’s research has also shown that people will want/expect more functionality out of their cars and would want various concepts to suit their requirements.

Because of this the next 1 Series will follow the 3 Series with four different body styles. Especially with itâ€™s flexible backbone structure BMW will create two new 1 Series variants with the F20 generation; Z2 in Coupe and Roadster (rumors suggest these have been green-lit but BMW executive) and the 1er Gran Turismo and Compactive Sport Tourer (which are in final feasibility studies). Beyond these BMW is also investigating several other concept for a late lifecycle release.

The F30 3 Series will add a Gran Turismo model but BMW is also researching other concepts such as a Gran Coupe, Shooting Brake and Advanced Sport Tourer.

The MegaCity vehicle (likely using the sub-brand iSetta) will initially arrive as a five door four seater , followed by a three door two seater. If they prove successful BMW will then move on to a small Activity Vehicle as well as a Micro-Sports Car and Roadster.

With MINI BMW have successfully grown a one car brand into a four car line-up. But they’re not stopping at four. With the launch of the MINI Coupe next August and Roadster in March of 2012, MINI is aggressively filling out niches within the brand. And as we’ve reported on MotoringFile previously, MINI is also investigating other models such as a (non Megacity based) city car (rumored to be named MIN-i or MINI Minor) and the long rumored MINI progressive activity vehicle nicknamed the SpaceBox. And now with the strong public reaction to the MINI Beachcomber concept, BMW is considering creating a three door off-road coupe based off of the Countryman. Because each of these cars are heavily based off a donor platform (either a 1 Series, MCV or Countryman) they are projected to be very cost effective. Each car would share engines, powertrains and technology making for a easy way for BMW produce new products quickly and cost effectively.

One example of this is the MINI CoupÃ© scheduled to be released in about a years time. While the car was made possible by using a donor platform (the R57), MINI recognizes that it must have a unique feel and even better handling than the standard MINI. The idea is to make it the most nimble and chuck-able new MINI ever. Think of it as the 1M of the MINI world. 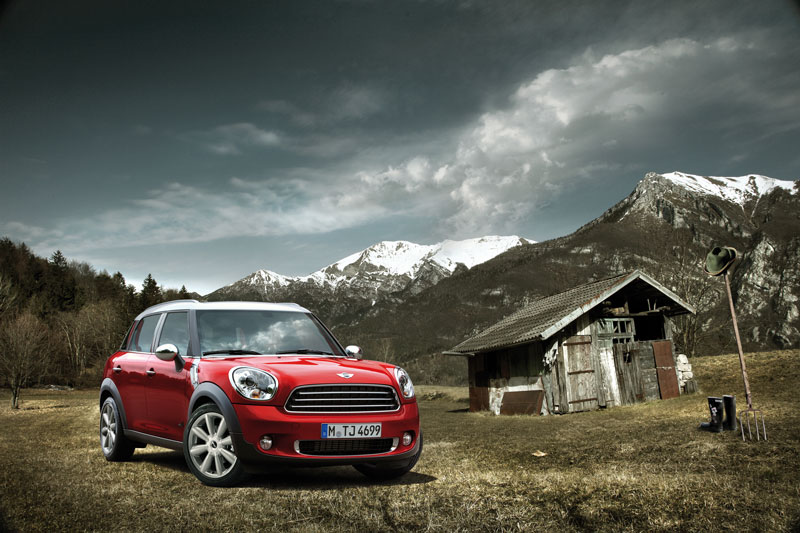 The first results of this strategy are certainly looking positive. The MINI Countryman’s production allotment is already 50% sold without production even starting (and that’s without the US market even launching the vehicle). On the BMW side the X1 has seen similar success with over 40,000 sold since it’s launch in 2009.

The one thing that won’t change is what MINI is. BMW is convinced that MINI cannot stay true to its heritage if a variant grows in size beyond four meters in length. So while the range may be expanding, the vehicles themselves won’t forget the core principles of the brand.

The same may not be able to be said for BMW’s 1 Series. Yes the next generation F20 1 Series will be rear will drive based. However BMW’s MINI twin (which will be marketed as a variation of the 1 Series) will be front wheel drive and will take the brand into an entirely new realm.

Despite this it’s easy to think about BMW and MINI focusing on small cars as exciting for enthusiasts. Quick, nimble and efficient, these are some of the attributes of the best MINIs and BMWs from years past. It’s encouraging to know that they’ll be playing a large part in each brand’s future as well.

The F56 Launch Timeline: What We Know