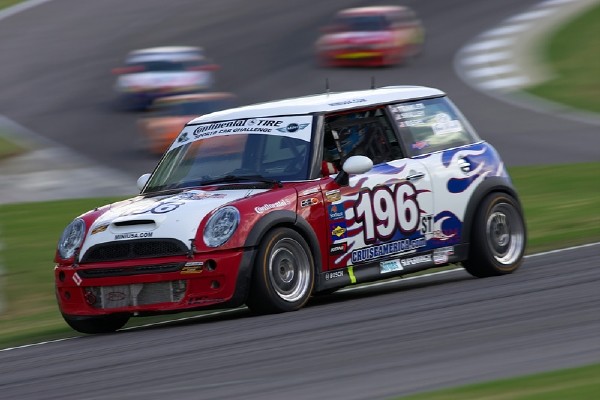 MotoringFile would like to officially congratulate RSR Motorsports for yet another fantastic effort this weekend in the Grand-Am series.

Official Release: MINI USA congratulates RSR Motorsports on their second-place finish this evening in the Salt Lake City 200 held at Miller Motorsports Park. This marks the third podium in a row for the both the team and car No. 198. During the 2010 season of the GRAND-AM Continental Tire Sports Car Challenge, the RSR team has achieved two wins, a second and a third place finish â€“ the best season ever for a MINI racing team.

â€œThe RSR Motorsports team has finished a season to be proud of, and MINI USA is pleased that our vehicles played a key role in their success,â€ said Jim McDowell, Vice President â€“ MINI USA. â€œGRAND-AM racing is an intense sport, and the RSR Motorsports team has proven that MINI has a solid place on the track. I look forward to the next racing season and all of the possibility it holds.â€

RSR Motorsports races three MINI Cooper S vehicles in the ST (street tuner) class of the Continental Tire Challenge. During the Salt Lake City 200 race, team manager, Owen Trinkler, and driver, Sarah Cattaneo, were co-drivers of the No. 198. Team owner, Randall Smalley, and VJ Mirzayan drove the No. 197 car; while Dicky Riegel and BJ Zacharias drove the No. 196 car.
In addition to the second-place finish today, RSR has earned wins at the Garden State 250 and the Grand Prix de Trois-Rivieres. The team finished in third place in the Homestead 200, where driver, Sarah Cattaneo earned the pole starting position, and secured her place as the first woman ever to do so in the ST class.

For their recent wins during the Garden State 250 and the Grand Prix de Trois-Rivieres, RSR earned the largest single payouts from MINI USAâ€™s Motorsports Contingency Program ever made to any of the motorsports teams that race MINI vehicles. For a first-place finish in Grand-Am racing, a MINI driver is awarded $5,000 from the program. The second-place finish of the Salt Lake City 200 has earned them an additional award from the manufacturer.

â€œAs a team, we are happy with our performance in 2010, and we have learned a lot from both our wins and our losses,â€ said RSR Motorsports team owner, Randall Smalley. â€œA total of 49 vehicles raced this season, and RSR now has a strong foothold in the front of the pack as we move into the 2011 season.â€