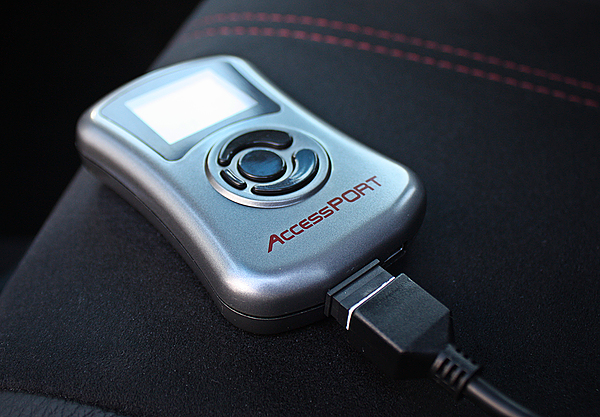 The following is a review brought to you by a new contributor at MF Eugene Sanchez.

Before I ventured into the compact turbo world, my daily driver was a Corvette Z06. With a horsepower of 505 out of the box, the car was an animal. Soon, extremely fast wasn’t fast enough, and I craved greater speed. It was time to modify. Six months later and $4000+ lighter, the modification process was well underway. I’d bought headers, a cold air intake and a custom tune. And yet the improvements in performance were barely noticeable. Then one night at 1am, the car and the dream met an untimely death when a young driver barreled through a red light.

Around that time, MINI had released a new turbocharged Cooper S. With some deliberation, I decided to expand my horizons to the compact front wheel drive turbo world. Expecting to get back on the V8 horse a few years later, I opted to pick-up my new hot hatch. I had heard about the tuning potential of turbo for years and was eager to modify this new machine. However it took nearly three years of ownership before what I felt was a worthy tuning solution hit the market. Enter the Alta AccessPort.

I received the AccessPort the day before a long drive from New York to Maryland for some quarter mile fun at Cecil County Raceway. I was excited to see real world numbers on what a tune alone could do to this car. When the box arrived from UPS I stared in amazement of what potential lay in such a tiny package. The unit came preloaded with the maps selected by an Alta technician. The installation of the tune was quick and simple. Eagerly, I packed my luggage and headed off on my journey.

The first thing I noticed was the throttle response which was finally how it should have been from the factory. I’ve never been a fan of the stock throttle response. With the sport button off it felt as if there was severe turbo lag. With the sport button on it felt as if the engineers were trying to exaggerate the turbo kicking in. As someone who takes their car to limits every day on the way to work, I didn’t like the sudden rush of power on the curves which I knew wasn’t actually true power but merely odd throttle mapping. With the tuning kit there are two maps included, one with an instant throttle response and one with a linear throttle response. For me, the linear throttle is such an improvement it’s worth the price of admission alone.

By the time I got to the on ramp for the highway my car was warmed up and it was time to play. First gear, being so short, flew by in an instant; it reminded me of the nearly useless 1st gear of a 911 Turbo. In Second gear, I had time to feel the huge increase in power. Remembering that the redline was now changed I didn’t shift and let it rip up through the RPMs. As I saw the needle swing past the 6,500 redline and continue to pull hard, the grin on my face widened. At around 7,100 I smacked the limiter after pulling out of legal speeds in 3rd gear to nearly 90mph!

Given the gearing and powerband, third gear was the most enjoyable. That annoying little dip in power around 3,000 RPM? Gone. How the car completely runs out of steam and falls on its face at around 5,000RPM? Gone. Do you have that constant frustration in the back of your mind that you didn’t drop the extra several thousand dollars for a JCW? I did and that was now gone as well. The Alta AccessPort transforms the entire vehicle.

After a couple hours of white knuckle driving and concentration on my V1 I decided to test out the gas mileage. Putting the car into 6th gear and cruising down the highway resulted in the same 34 miles per gallon it had before the tune. However, after some time in 6th I realized this tune was going to actually increase my gas mileage. Let me explain. 6th gear is the optimal highway gear but it never really had enough kick for me. Normally, unless it was a very long drive, I would make my highway journey in 5th gear. Now, with the tune, I could happily cruise along in 6th gear because the power gain was so great that a slight increase in throttle would yield more acceleration than 5th would pre-tune.

After several entertaining hours on I95 I arrived in Cecil County. The last time I was here I was reprimanded for going too quickly without a roll cage. Considering performance is relative, I was even more excited about my current attack on the tree of lights. I decided to load the stock tune and get a few runs to find a good base number. After about 5 runs I learned something new about drag racing. The ability to launch a high horsepower rear wheel drive car has nothing to do with the ability to launch a front wheel drive car. To put it simply, I sucked. After a few stock [balding] tired runs the best I could pull with my completely stock setup was a 14.9 at 92MPH. Considering I can’t launch at all but I can shift like lighting, the trap speed really is the more important number which shows the actual power of the vehicle. A 10 minute intermission at the pits and I had the Alta tune ready to fight for its worth. 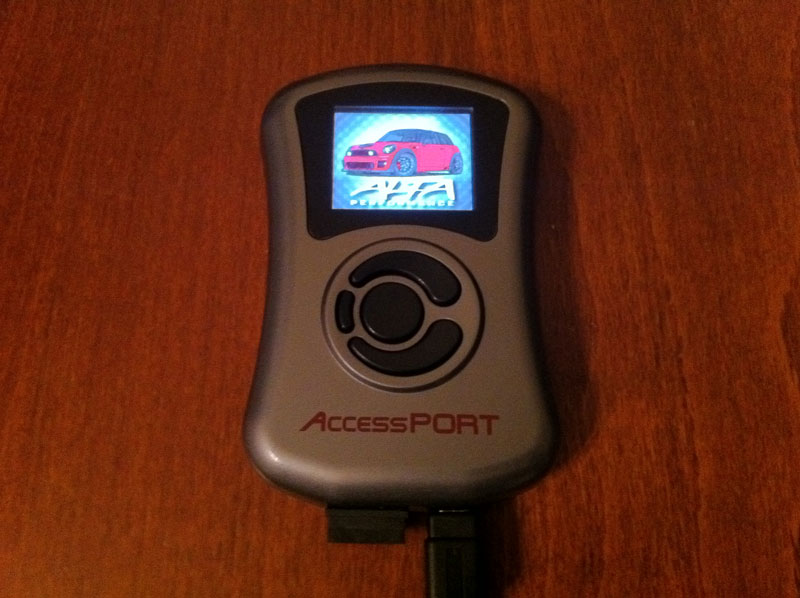 Again, the difference was staggering. While my launching was far from improved, feeling the car pull through the gears on the sticky track was incredible. After 6 tuned runs all resulting in similar times, I had what I believed to be my best possible run, at my poor front wheel drive skill level. The timeslip read 14.2 at 98MPH. My guess is that most MINI owners are not big drag racers. Let me tell you, over a half a second increase and a 6MPH boost in the quarter mile is a huge gain. You can spend thousands on a naturally aspirated car to achieve the same results you get with the AccessPort alone.

Having never driven a factory John Cooper Works car, I cannot compare the performance. However, judging by my times, I would imagine my MINI is now at least equally as fast. There’s only one way to know for sure. Due to the incredible results of the AccessPort, I’ve decided against getting a GP at the end of my lease and have since ordered a 2011 JCW, which I will not be leasing. Currently, the car is built and waiting for its ride across the Atlantic. If I can get this type of performance from a stock MINI Cooper S, I must try it on a JCW.

One of the many great features of the AccessPort is its ability to adapt to your MINI upgrades be it performance parts or entire cars. While the AccessPort cannot run on two cars at the same time, you can uninstall it from one vehicle and install it onto another. Should you decide to install an intercooler or other performance part, Alta will be there to assist you. E-mail one of their technicians a list of your upgrades and they will send you an updated tune which will make full use of your new modifications. You can see a video of the flash process here.

While performance is clearly the number one selling point of the AccessPort, there are a number of other interesting features. You can find an empty street and record your own 0 to 60 and quarter miles times. I’ve always questioned internal electronic timing devices. The AccessPort was nearly dead on accurate to the results I was getting at the track from the NHRA certified timing gear. In addition, you can read and clear engine codes, log engine data, and easily uninstall the tune for that free maintenance trip to the dealership.

The Alta AccessPort has been a long time coming. Without question, the ultimate second generation MINI performance item is finally here. It is everything it claims to be and more. Right now, the AccessPort is compatible on all 2007 through 2010 Cooper S and John Cooper Works models. With the 2011 cars already on our shores, they will be compatible in the coming months. When that time comes we’ll learn how deep into the 13s a factory John Cooper Works car can go with the AccessPort.

As you’d expect I’d highly recommend this item to anyone who drives a turbocharged MINI. At $895, the “bang for the buck” of this product is nearly unmatched in the automotive world.