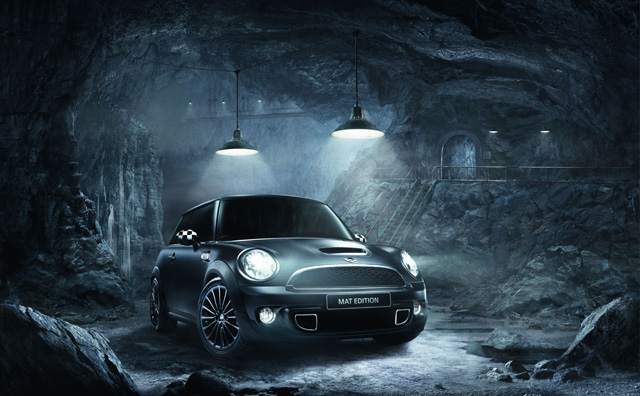 We’ve received official word this morning from MINI France PR that the matte black special edition cars we reported on earlier are indeed coming. Exclusive to France (for now) the small run of 250 cars will go on sale January 21, 2011. Wrapped in a matte black film, each car will feature a numbered side scuttle and matching key ring, along with a checkerboard themed interior and mirror caps. The mat film carries a separate 2-year warranty and there is full factory paint underneath.

Will it comes to other markets? We don’t know. But we do know that (historically speaking) MINI has a habit of sharing ideas from market to market.

You can preview the MINI Mat Edition exclusively at MINI Shades France during an open house starting January 22, 2011. You know, should you happen to be in France.

Official: MINI Coupe and Roadster to End Production This Year